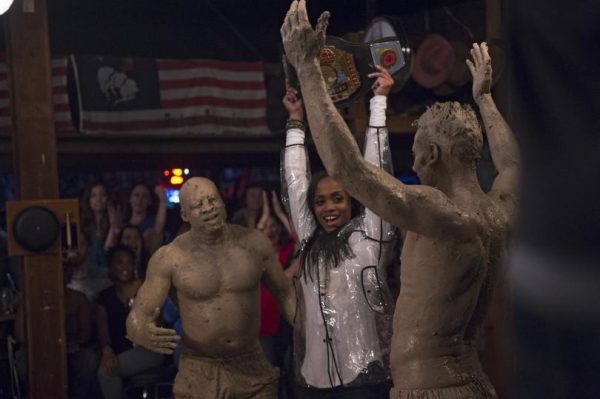 -We open where we left off last week. DeMario coming up the driveway wanting to speak with Rachel after his side piece showed up at the basketball game to out him. Lexi. Do I think DeMario was messing around with this girl? Absolutely. Was he doing it probably close to him leaving for filming? I’m sure. Was she his girlfriend? No. This is a girl who’s from Vancouver who moved to LA to try and be a model/actress. So it’s hard to take anything she did on that show seriously. Her name is Lexi Thexton. I’m sorry, but if you have X’s in your first AND last name, you’re pretty much destined for a life on the pole, right? That’s too many x’s. She can’t be trusted. And with Instagram selfies like this, she’s trying waaaaaaayyy too hard to get noticed. I screen shot these since I’m guessing within minutes of this post going up, she’ll set her account to private. 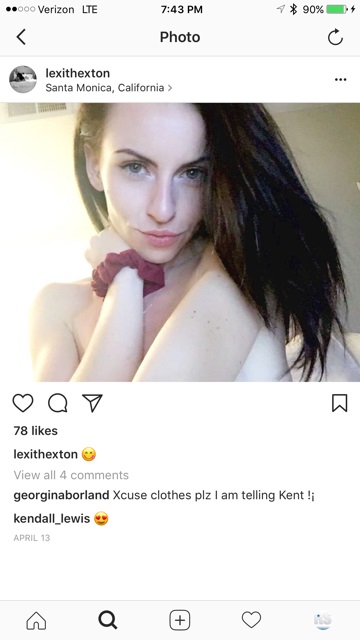 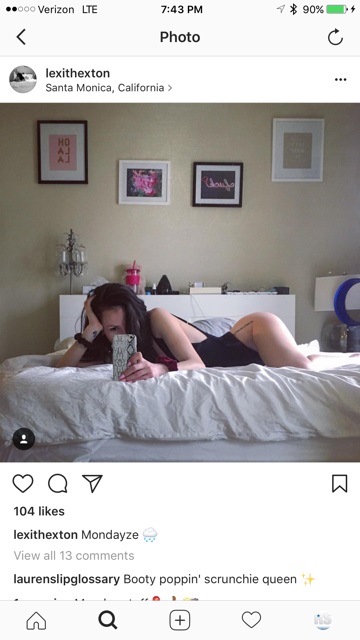 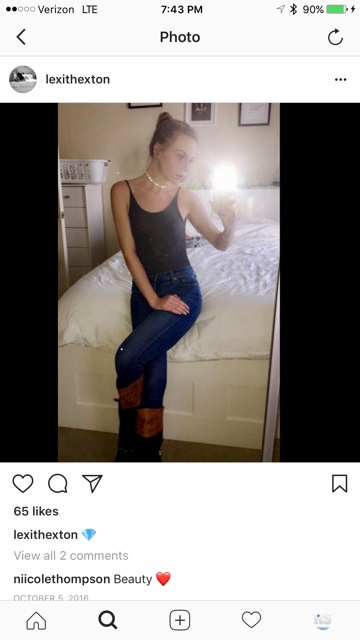 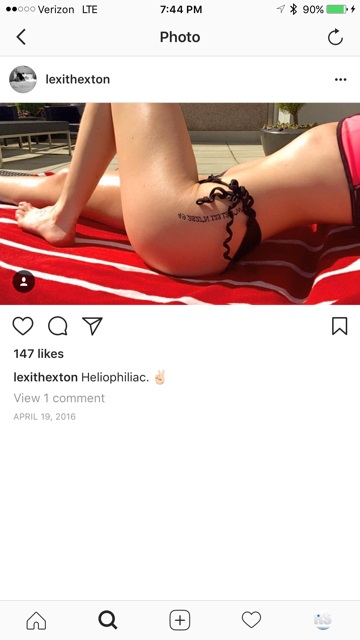 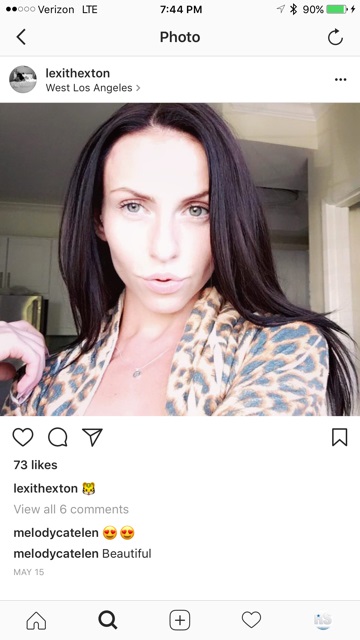 I rest my case. DeMario probably did the right thing running the other way on her. Could he have handled it better? Sure. But the fact that she went on this show to out him was more about herself and whatever career she’s striving for and less about actually being hurt by him. And oh yeah, Rachel didn’t want to hear what he had to say and shut it down immediately. Boy bye.

-Jonathan the creeper is back and, well, just when you think he can’t get any creepier, he turns into a mascot, dawns these giant cushioned hands and makes all of us at home cringe in our chairs. I don’t even know what that was. Was it supposed to be endearing? I mean, Rachel did say Jonathan always finds a way to make her laugh, but that’s just her being nice, right? There’s no way she could possibly find that the least bit funny, especially after knowing the guy likes to tickle her. I applaud Rachel for not embarrassing some of these guys. My guess is she wants to run out of the room screaming when Jonathan approaches with his sh** eating grin and a vibe that gives anyone the heebie jeebies.

-Alex has a little foreplay with Rachel by showing her he can carry on a conversation with her all while solving a Rubik’s cube. He’s like a total Russian whiz. Hey, maybe he hacked…forget it. Just seeing Alex pull out this stunt made me Google that one kid who set the world record for quickest time solving the Rubik’s cube. Seriously, this is ridiculous. He needs to get out more:

WTF? 4.73 seconds? Are you kidding me? How is that even possible? I can’t get one side in an hour let alone six in under 5 seconds. I appreciate his passion. I’m sure it’s damn cool to brag about a world record. I just don’t think he’s getting laid anytime in the next millennium.

-Will got a little make out in by taking her outside and playing mini basketball with her. They really didn’t show any of their conversation but made sure to show us the make out for what was coming later. Which then brought us to Whaboom and Blake. In case you didn’t know, Blake hates Whaboom. Kinda like most of America does right now. Whaboom gets some alone time with Rachel and tells her that Blake came into his room when he was sleeping, stood over him, and ate a peeled banana. The best part about all this ridiculousness was Rachel asking in return, “Did he finish the banana?” To which Whaboom responded, “No, I just finished him off.” Ok, he didn’t say that. But with the sexual tension between these two spewing out of our television screens, he might as well have. So Rachel now must go to Blake with this story and Blake immediately shoots it down with, “Well, bananas have carbs and I don’t eat carbs.” Who knows who’s telling the truth at this point, and honestly, does it really matter? These two were cast with one goal in mind: to pit them against each other and deliver over-the-top stories like this. They got their wish.

-Rose ceremony time. Josiah, Peter, and Dean are safe with roses. Rachel: “Thank you for this week…sorry for DeMario taking time away…supportive and having my back…thank you for being here for me to those that don’t get roses…just don’t see a future…and I have an announcement to make…ABC wanted me to get this in early…next season’s Bachelorette is Lexi Thexton!!!!” (I seriously can’t get over her name. Like, I shouldn’t be the least bit surprised THAT girls name is Lexi Thexton).

“Rachel, gentleman, this is the final rose tonight. When you’re ready. If Whaboom receives this, I’m quitting my $60k an episode job, jumping ship over to some other dating show so Mike Fleiss can throw shade at me like he did with Pete and Cassie, and I’ll go be an executive producer for ‘UnREAL’ and give them some SERIOUS dirt.” Ok, he didn’t say that. You got me.

-Usually once dudes are eliminated from rose ceremonies, or even the women, we see a few of their ITM’s, they’re crying or whatever, and that’s that. Oh no. We weren’t done with Blake and Whaboom by a long shot. They’re both shooting their closing ITM’s about 20-30 yards from each other. Blake decides to walk over to him and give him a piece of his mind. Tell him “f**k you, you’re a piece of sh**, you’re a wannabe comedian and a washed up joke.” All true by the way, but still, that didn’t sit well with the Whaboomer. He didn’t really have any comeback for Blake other than talking about nutrition, sports training and protein shakes. But I tell ya’, it was glorious to watch. I can’t believe in 33 previous seasons, this has never happened. At least that was shown. Two people both getting eliminated at the same time and basically arguing on the way out. This needs to happen more often because it was pretty classic. Anytime someone sober is arguing with a drunk, usually hilarity ensues. Whaboom couldn’t put together a thought without stumbling all over himself, yet he was so in Blake’s head, Blake almost went nuts. More of this please.