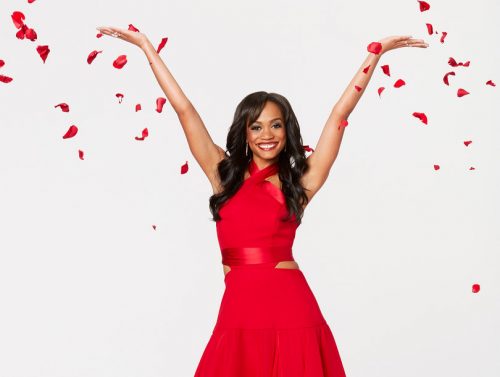 Does it seem to you that the show has quit trying so hard to obscure the frontrunner? I don’t know how anyone could watch this and not know that it’s gonna be Bryan – even with the mother situation. Rachel has SO much more chemistry with Bryan than anyone else. It was the same with Nick and Vanessa, and with Jordan and JoJo. The last time I remember it seeming close was with Kaitlyn and Shawn/Nick. Tell that to a few emailers the last couple weeks in this column. They’re telling me I’m wrong. I just laugh at this point. Due to the spoiler of Peter being the first one I posted before getting the correct info, there will be doubters. But that’s because they let post show interviews and social media determine who they think will win. If you do that, you can always make a case for the #2 person. That’s why I don’t bother with that stuff. It’s pointless.

Do you think we’ll see Eric again in this franchise? I doubt they’d consider him for Bachelor (especially with Peter in the running), but I hope we see him again. Maybe he’ll go on your podcast. I could see him going on Winter Games. He would be the #1 person from this season I’d be interested in talking to at some point. I hope to have him on some time in 2018.

And by the way – Milwaukee is Nick’s city and Madison is Peter’s city. They’re very different cities! Madison is like a smaller, snowier version of Austin with more cheese and beer. Mixing them up is like saying that Houston and Austin are the same. J

A few thoughts, a few questions.

1. For Gods sake Eric, stop purring at Rachel. She doesn’t like that.

2. Peter is barely interested in Rachel and its bizarre that we met his friends and no one else’s (looking at you, Dean. Coulda been a way easier hometown).

1. Which of the top 4 right now do you have the least respect for? Dean.

2. Where the F is Chris Harrison?

Not sure if you’ve answered this before, but do you know if Peter even ends up proposing? With the way he’s been talking about it, it definitely seems possible.

I wanted your opinion on Dean’s home visit. Clearly it was great for ratings but as you said they haven’t spoken in years so why take this opportunity now to try to get the family to resolve their issues on national tv.

Do you think it’s a possibility that his father was paid to appear on television? I know contestants never get paid to be on the show but do you think they may pay in this type of situation where it can be great tv viewing (I felt it more exploitative though).

Thanks. Love your site!

Hi Steve! My question this week regards pretty much the entire franchise. So, out of all of the Bachelor franchise couples that are married (Sean and Catherine, Trista and Ryan, Ashley and JP, Des and Chris, Jade and Tanner, Carly and Evan) which couple are you most surprised that they are still together? Which couple is your personal favorite/which couple have you always been rooting for? And finally, which couple do you think is most likely to get divorced?

Comment: I think Sean and Catherine surprised me the most, because at the time of filming when I spoiled he chose her, I just always thought it was an odd choice because they couldn’t have been more different. But somehow they’ve made it work so good on them. Always been rooting for? Probably Ashley & JP. I don’t know enough about the couples to say who’s most likely to get divorced.
_________________________________________

I am a loyal follower and respect your track record and believe the spoiler – but if any season could be a surprise ‘she picks no-one’ then this is up there.

Peter is obviously not ready/promoting his brand/rooting for a DWTS invite. Bryan could be serious – cant tell because he never said anything genuine – but can she stand his mother? After all, she and her family are almost as possessive.

If I worship the great Steve and assume that she is engaged to her Latin Lover, then Steve you are at no risk of buying these two a wedding gift

Thank you for making an otherwise unbearable show completely entertaining. I only watch to see what you say!

Anyway, I have a question about Eric’s hometown date. You’ve mentioned before that they don’t always film at the actual family home. This one was so obviously at a hotel — the carpet was a dead giveaway, among many other clues (the dining chairs!!!). Why would they have made a point to show him telling Rachel that he isn’t from the “nice part” (can’t remember exact words) if they were going to immediately try to pass off this hotel suite as their family home? Furthermore, are you surprised they didn’t chose to exploit his real situation, or is it just about making the set look good on tv? It wasn’t at a hotel. I remember the day I spoiled it I gave out the name of the condo complex. I forgot it though and don’t feel like scrolling back to look. I wanna say Waterfront something. And on the show, Eric said it was his aunt’s place.

Finally, it’s almost my mom’s birthday. Her name is Terry and she is your biggest fan ever — she listens to every single podcast, and is planning on going to one of your Vegas parties. Please give her a Happy Birthday shout out!!

Keep up the great work!

I know we are nearing the end of Rachel’s season and your probably getting a lot of emails regarding the next bachelor season and who it will be. I just had few questions.

In regards to Peter for the next bachelor, are hearing any hesitation of him taking the gig because you kept mentioning that he just needs to take the gig already. It also seems like he would have hesitation after his hometown. It doesn’t seem like he would ever get engaged on the show but that could be a product of some editing as well. He might’ve already agreed to it for all I know. But it wouldn’t get announced til later if he did. And knowing how signing a contract or filming an intro video means nothing anymore when it comes to being the next lead, it’ll be tough to know too early who they decide to go with. But he’s absolutely in negotiations with them and that’s what he was out here for this past weekend.

Do you think his hesitation that is being shown would prevent him from taking the gig or abc giving him the gig? No. I ultimately think he’ll be the guy. He checks off every box they’re looking for. And I don’t see why someone his age in his position wouldn’t take it.

I noticed you mentioned in your column that he was in LA for the past few days. You said you think he’s most likely there for Bachelor discussions, do you think it’s a done deal for him based on him going to LA recently? Or is abc still considering other candidates? They’re always considering other people. But the level of seriousness obviously varies between contestants.

Last question, when do you think they will announce the next bachelor? I’m assuming it will be after paradise has aired but I don’t know how they would do it if they don’t have the after paradise show this year.

I am personally for peter as the next bachelor he just seems like the best fit for the role out of all the guys that are in the top 4, Minus his hesitations.

Thanks for the all work you do!

I wouldn’t be able to get through these seasons without yours or Sharleen’s recaps, you guys actually give us a practical perspective on things, so thanks for that!
Anyways, my question is regarding Peter and Dean. I know you said you hear negative things about every contestant but you seem to be pretty tight lipped about it all. In your last post you alluded to some bad things you heard about Peter and Dean, but both seem pretty genuine (particularly Dean) so I guess I just want to know how different are they from what they appear to be on the show? Could you give us any idea what type of things you’ve heard regarding these 2? Thanks!

I know the justice system in the USA is different from Canada and that Rachel’s dad has not been shown for security reasons.

But I wonder how a self-professed “Daddy’s girl” like Rachel would get engaged without her dad meeting the guy! I didn’t see him in the “meet my family” preview – is it possible that he was in Spain and met them off camera?

I apologize if this has already been covered but it just irks me.

I am a huge fan of both of your work. Steve, I have been an avid reader of your column since Brad’s season. I love your podcast and I don’t miss a single episode. I really enjoy your questioning, and how you always focus on exactly what I want to hear about.
Sharleen, I love reading your takes on the Bachelor episodes and follow your posts on both All the Pretty Pandas and Flare. You are so articulate and I love how you point out the behind the scenes tricks of the producers and how the show can be edited deceptively.

When I heard you were doing a podcast together, I was thrilled, especially when I heard it was about relationships. Dr. Reality Steve is always my favorite column of the week, and I love reading Sharleen’s insightful relationship advice on her Flare columns.

Steve, you asked for feedback in your last column, which is why I am writing this email. I am a college student, and I just can’t bring myself to pay for a subscription to a podcast service. I know I would absolutely love the podcast, but I simply just can’t spend the money, especially when yours is the only Stitcher podcast I am interested in hearing. If you were able to make this a free podcast on either of your websites, I would be ecstatic. I understand if this is not possible, I just wanted to give you my feedback. I love both of your work, and will continue reading your websites, and listening to your free podcasts regardless.

Comment: Sorry you can’t get the podcast. Unfortunately, for the time being, that’s the only way the show is available. It is possible that show will become available for free as part of the Reality Steve Podcast in the future, but that all depends on the response to it. Hopefully you’ll get to hear it at some point. It’s fun doing that show with Sharleen. I could take calls for hours on that stuff.
_________________________________________