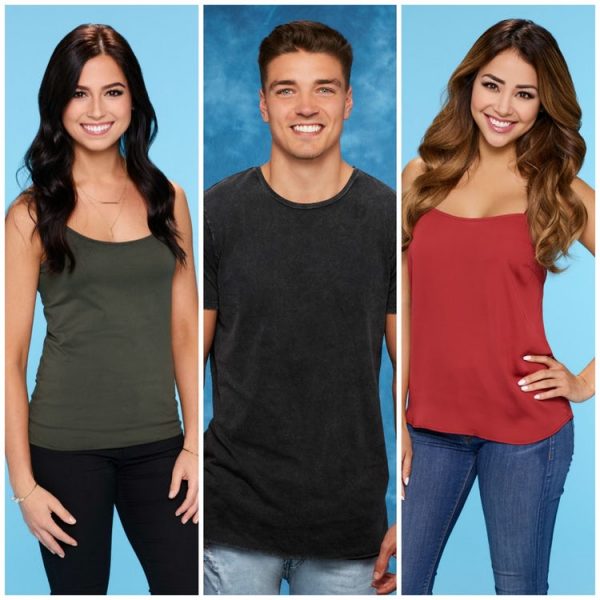 I’m sure there were people that were truly geeked out about the solar eclipse yesterday. And maybe for people in cities that saw full totality, it was cool. For me? Not so much. We got about 70% coverage here in Dallas and basically, it was nothing. Sure it got about 10 degrees cooler and the shade of lighting was different, but honestly, it was a whole giant bag of nothing. Oh well. Wake me up in April of 2024 when Dallas is supposed to get 100% coverage, then maybe I’ll be the slightest bit interested. Seeing all the news stories of people camping out, traveling miles and miles and miles to sit in a chair to watch something for 2 minutes – I don’t know. I almost feel like these are the same people who would comment on social media about how Rachel and Peter deserve to be together and she made a terrible choice. I just don’t get it, and maybe I’m not supposed to. But yesterday was a whole lot a build up for not much of a payoff. Then again, I don’t care about space or anything involved with it, so again, I might not be the right audience. It certainly didn’t affect my day one way or another. But I’ll be damn if some people weren’t brought to tears by it. WTF?

The big “Bachelor” news to break towards the end of last week was in regards to Peter. Mike Fleiss tweeted out a rather cryptic tweet I’m sure you’ve seen by now. If not, here’s what he wrote:

Do we really want a Bachelor who isn't ready to settle down with a woman he loves? Hmmm. Not what #thebachelor is all about…

Within two hours, this story went up on People.com which was basically throwing shade at Peter. Let me explain how this works. All those “sources” who were rushing to People with those quotes are directly linked to the show. They wanted it out there that basically if Peter isn’t the “Bachelor,” it’s because they never wanted him in the first place. That couldn’t be more of a lie if they tried. Total BS and don’t buy any of it. What I’ve been hearing is they absolutely want Peter, he isn’t interested (as of now), so they spun the narrative to People to make it seem like they would never want someone like him to begin with. Which couldn’t be further from the truth. Of COURSE they want Peter. He’s the most talked about contestant from this past season, is good looking, age appropriate and has a rabid fan base bordering on maniacal. He checks off every box of the “Bachelor” for them. Well, except one. He’s not interested in getting married at the end of this thing, and that’s where the problem lies.

I told you all throughout last season where Peter’s head was at. He didn’t come on this show to meet a wife or propose to anyone. Was never going to happen. That’s not why he was there. He was there to build a brand, just like most of these people are. But apparently this guy is dead set on not getting engaged at the end and won’t play ball with them, hence the reason he’s told them no. However, just because he says no, don’t think production is just like, “Oh, ok. Thanks for thinking about us. We’ll move on.” Please. They will try anything they can to get him to change his mind. Whether or not they’ll succeed, I don’t know. Can’t predict the future. Peter needs to weigh what’s more important. Continue to build his brand off Rachel’s season, or become the lead on a show watched by roughly 8 million people a week on network television. He needs to figure out if that is worth it to him to at least open himself up to the chance that he might fall hard for one of these women hand picked for him. I mean, if I were him I don’t know why he’d turn it down. It’s still not over yet, but, don’t think they aren’t done pursuing him.

So IF it isn’t Peter, and that’s a big if, everyone is weighing in on who it could be. Hell, Chris Harrison came back the next day after the People story ran and even HE said it’s not over with Peter. So if he’s saying it, you know they’re still after him. Because Chris has no problem throwing shade at people they don’t want anymore. He certainly could’ve in that situation and chose not to. So now everyone seems to be turning their attention towards others. Is it gonna be Ben Higgins? Eric? Wells? Dean? The names are endless. Basically right now, no one has any idea. I sure don’t. I still think there’s a chance with Peter, but how much of a chance? Not sure. That’s who they want. If it’s not him, you’re gonna have a hell of a time convincing the audience whoever they choose was their first choice. Just to set the record straight, Ben Higgins basically eliminated himself and it certainly doesn’t sound like Wells is all that fired up for it. I just don’t see Wells in that role. He comes across much more like a buddy than a leading man. But stranger things have happened I guess. We’re still a few weeks away from the announcement, so there’s time.

We might have our first update on the Bachelor “Winter Games” this February, unless Fleiss is just spewing garbage again. Last night he tweeted this:

After careful consideration of several countries around the globe, the 2018 Winter Games have been awarded to the great state of Vermont!!!

So if he’s being serious, looks like filming will take place at some resort in Vermont. I’ve never been to Vermont but I’ve seen it on a map. About as big as my pinky fingernail. Can’t imagine it’s loaded with a ton of different resorts where we wouldn’t be able to figure out where they are. Still plenty early on that, but that’s our first clue as to the location. They’ve always said it’s gonna be in the states and not overseas, so I guess this is technically our second clue.

Get your “Reader Emails” and “Dr. Reality Steve” emails in for the next two days. I’m really excited to tell you about this week’s podcast guest because frankly, it’s one of the better interviews you’ll hear.

And finally our poll question this week is which couple are you feeling the most right now?