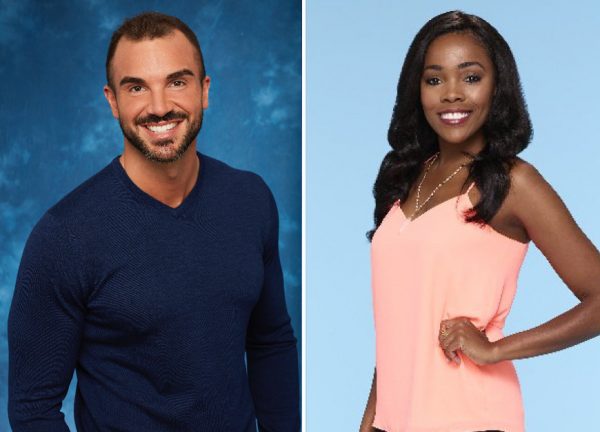 Because I’m working on my procrastination, you can see with last week’s podcast, I tried to change things up. Part 1 of my interview with Josiah Graham aired last Thursday with Part 2 airing this Thursday. Well, I’ve got your next set of podcasts lined up after that and both will be split into two parts. Next week: Desiree Siegfried Part 1 (Sept. 7th) and Part 2 (Sept. 14th). One thing I’ve always wanted to ask Desiree is how my wrong spoiler affected her during airing of her season. Answer: She wasn’t happy. Also, we address the elephant in the room and the two questions I seem to be asked regarding her and Chris: Why does the franchise seem to ignore them and why didn’t they get a televised wedding? Desiree is very open and honest answering both of those questions. Then the next guest after her will be the “Pretty Boy Pitbull” himself, Kenny King. Part 1 with Kenny will air Sept. 21st and Part 2 will be Sept. 28th. Another great insightful interview as Kenny touches on all the topics you’d expect him to. Another guy that you know I was looking forward to talking to after Rachel’s season. Now, if I can get Eric on at some point, that will complete my personal trifecta. Three main guys I wanted to speak to this season. I’m sure others will be on at some point from Rachel’s season, but those three were at the top of my list to grab first.

I’m sure you’ve all heard the news by now, but Nick and Vanessa released a statement on Friday saying they had broken up and ended their engagement. Contrary to what some of you might think, I don’t root for these couples to break up. Breaking up is never fun. In fact, it’s the worst. It sucks to be the one doing it, and it sucks to be the one on the receiving end. So nothing about their breakup makes me happy. But if you’re expecting me to pile on or whatever or have all this inside dirt on these two, I don’t. If you’ve read my site at any point since last September when Nick was announced as the “Bachelor,” you know how I felt about the situation. Once he got engaged, to me it was always a matter of when the break up would happen, not if. I’ve said the same thing for months regarding this and never changed my thoughts on it. Go back and read anything I’ve written about Nick and his intentions over the last year on this site and you’ll know why Friday’s news wasn’t the least bit surprising to me.

So when ABC and Chris Harrison were promoting that BIP would have a live reunion show at the end of the season to catch up on some of the couples, I don’t know why, but I just assumed the night of the finale, once the show was done airing, we were gonna get an actual “live” finale, just like we do with the ATFR. Not happening. BIP is taping their “live” finale this Thursday. It’s live in the fact that it’s in front of an audience, but it’s certainly not happening “live” the night of the finale. Soooooo yeah. I’m guessing I’m gonna be able to spoil that. Right now, there are really only two couples who have any sort of chance to get engaged: Derek & Taylor and Adam & Raven. Adam & Raven are the more popular couple considering Raven is production’s golden child, but I’d be really surprised if it was them. I’d almost be embarrassed if those two got engaged. Derek & Taylor are the obvious choice, but also a part of me thinks production doesn’t give two sh**s if those two get engaged. They’re just not all that interesting to the masses of this show. So we’ll see, but hopefully I’ll have your spoilers from the taped finale sometime this weekend. I’ll keep you posted.

Nice to see everyone taking the new 2 drinks per hour rule so seriously, huh? Glad to see everyone seemed to learn from the DeMario/Corinne incident. I had a feeling this thing wasn’t really gonna be enforced. I mean, you’ve got 16-18 contestants there at all time. You’re telling me someone in production is following all these people around at every second with a notepad writing down at what time they picked up a drink, finished it, then started a next one? Please. And I love Robby’s sneaky plan to avoid that, saying they’d get a drink at :50 past the hour, then another one at :55 past, then :05 after the hour, then at :10 after. Well yeah, technically you could, but that’s if this “2 Drinks Per Hour” rule actually started at the top of every hour. If that’s the rule they installed, then production really never cared about curbing the drinking on this show because that’s just stupid. Robby’s right in a technical sense. However, if you’re really enforcing two drinks an hour, that means the second you pick up that drink at :50 past the hour is when your hour where you’re only allowed 2 drinks would begin. The whole thing is pretty idiotic when you think about it, and the fact that these contestants are openly mocking the rule goes to show how little the show really cared about changing the drinking culture on the show.

And our poll question for the week: Who should Matt have given rose to?