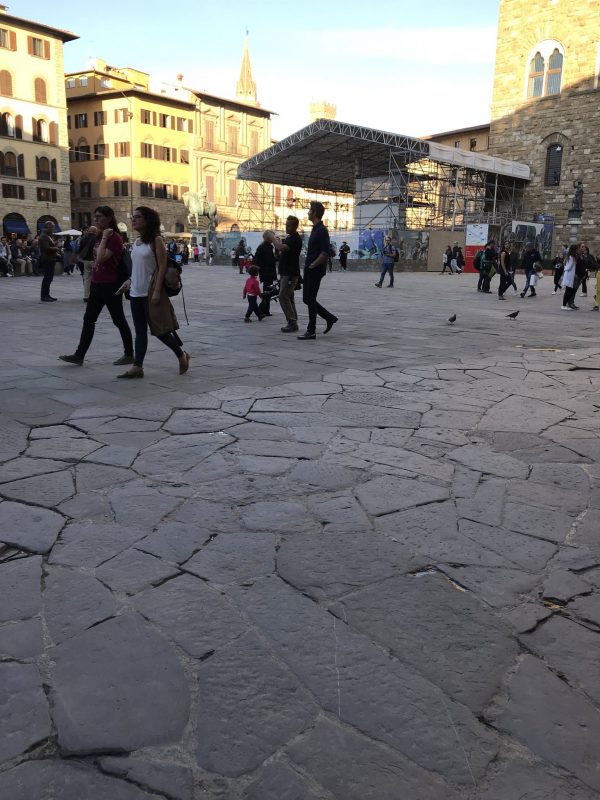 For those that missed my tweet yesterday, I’m gonna do something different for an upcoming podcast. We are doing a “live” taping of it next month and you all are invited. Well, anyone that livesi in Dallas area. Of course anyone can come, I just didn’t expect many from outside the area to make the trip. But obviously you can if you want. I will have a link for you in the next couple days and will be promoting on all channels once I do, but the basics are this: We’re taping the podcast on Tuesday, November 14th at the Addison Improv in Dallas at 8:00pm. My guest is going to be Olivia Caridi. We finally worked it out where I was able to have her on my podcast, so, why not have her do this? So basically that weeks podcast (the one I’ll release on Thursday the 16th), will be heard by those in attendance first. I believe there will be 280 tickets available. As mentioned, I’ll get that link to you as soon as I can so you can purchase. Tickets will be $20. I will interview Olivia for the first 45-60 min, but then we’ll have an open mic for the audience to ask questions to either of us and open it up to everyone there, which will be the last half of the podcast. Never done this before, but I’ve seen quite a few of these online with “Survivor” people. The company came to me and asked if I’d be interested in doing it so I figured “Why not?” Lets try something different on the podcast for at least a week. If it goes well, it’s something I can consider doing in other cities in the future because this company has exclusive contracts with comedy clubs all across the U.S. I will keep you updated on when tickets will be available to purchase. UPDATE: Here is your link to purchase tickets: https://www.ticketweb.com/t3/sale/SaleEventDetail?eventId=7778845&pl=addisonimprov&dispatch=loadSelectionData. I’ve been told there are 280 tickets available. I honestly have no idea how many people are coming to this, so if you’re interested, I’d buy your tickets sooner rather than later to be safe. Hope to see as many of you as possible there.

Ok, I’ve been gone for a couple days, so lets update where things are at right now. On Saturday, I was given pictures and videos of Not Peter’s 1-on-1 date with Lauren Burnham in Paris. For those that may have missed them:

(SPOILER): Today’s 1-on-1 date with Lauren Burnham. They got a pic done of them together by a sketch artist pic.twitter.com/ItzYpBThNv

(SPOILER): Here’s video before they started the sketch pic.twitter.com/foEhh4Ynvd

(SPOIILER): And here’s video of Not Peter’s aggressive thumb. Was he trying to play thumb war and she wanted no part of it? pic.twitter.com/XWD1xOfP2c

And if you want to watch them in some of the most awkward and cringeworthy dancing, I’ve got that for you too! Well, a different person in Paris posted this, so credit to them:

May have biked right through this lovely lil 1-on-1 in Paris ???? ?? @bachelorabc #thebachelor #sorryarie

In addition, Executive Producer Robert Mills live EW show was yesterday, and he briefly talked about where they’re at in the season starting at the 6:25 and going for a couple of minutes:

With a 2-on-1 on Monday (no, I don’t know who was on it yet), that means the rose ceremony in Paris was last night and today is a travel day as they head to Italy. Arie is already there shooting his intro shots as I got this tweeted to me this morning of him walking in Florence:

Last week I didn’t know what part of Italy they were going to be in, but I had heard Tuscany. So I guess now it’s confirmed. I have a feeling they’ll cover a few areas during these dates, but Florence is where he’s shooting his “arriving” shots. Maybe more pictures will get out, maybe not. Saturday was blind luck I tell ya’. Hopefully more will get out and if they do, I’ll post or retweet them. Italy is episode 7 and the last stop before hometowns begin next week. I’m pretty sure I know who two of them will be at this point. The other 2 are up in the air and I just don’t know yet. I might have all final 4 before they start filming them, I might find them out AS they’re filming, or I might not find out til after. But I’m pretty confident on who I think two of them will be. I will keep you updated as we head into next week.

Back tomorrow with Podcast #48 guest Sarah Vendal, the first of Nick’s girls that I’ve had on the podcast. I guess if you don’t count Jen last week. I’m talking, like, Nick’s GIRLS girls. The ones on his season. Jen was just one of his girls at some point in his life. Sarah gets to talking about everything that is Corinne, her relationship with Robby pre-BIP, what happened with the whole Sarah/Adam/Raven love triangle, and much much more so look for that tomorrow.