So we’re getting down to the nuts and bolts of the season. I say this around the same time every season, but since not everyone reads during the offseason, I’ll say it again: The show takes one month to get from their initial cast (whatever that number may be) down to the final four. Then it takes usually 3 weeks to get from four down to the final 1. Filming most definitely slows down once hometowns begin because there’s more breaks in filming in between hometown dates (one day) and overnight dates (also one day). And that’s where we are right now. The rose ceremony in Italy was last night and as I write this morning, Arie is headed back to the states to begin hometown dates, which start on Thursday. As long as they keep their normal hometown date schedule that they’ve pretty much always stuck to in the past, hometowns will be Thursday, Saturday, Monday, and Wednesday, with the final four rose ceremony being next Thursday before they head off to overnights and final rose ceremony location. I don’t know where they’re headed yet, but considering I was able to get you Lake Tahoe, Ft. Lauderdale, Paris, and Italy before they headed to any of those places, I’m pretty sure I’ll be able to find out where they’re going for that final location. They don’t leave to go there for another 10 days, so there’s time.

As for the hometown dates, the rose ceremony in Italy just happened hours ago. I don’t know yet who’s getting a hometown for sure, but I’m pretty solid on 3 of the 4. Hopefully I’ll hear something within the next couple days to get confirmation, but based on everything I’ve heard during filming, I’d be very surprised if a certain don’t get a hometown. I’ll let you know about those shortly.

I tweeted out yesterday there’s a lot of spoilers just in the first three episodes alone that I’m aware of but haven’t released yet. Some of those you’ll be getting today. One thing that the show did slightly different this year in the beginning of the season, was go back to an old format they haven’t used in a while. I’ll explain:

For 7 consecutive seasons (I stopped researching after 7), episode 2 had one group date and two 1-on-1 dates. They were:

But after that and for the last 6 seasons, episode 2 has featured two group dates and one 1-on-1 date. They were:

My guess is their thinking was by putting two group dates in that first episode of dates, it would mean more people would have a date that week because there was usually anywhere between 18-22 contestants left after the first night. So back when they had one group date and two 1-on-1’s, you’d have to have a large group date with 14-16 contestants (which is hard to plan with a ton of contestants). So that’s why the last 6 seasons, they did two group dates (usually one with 10 and one with 6 or whatever). Although usually the same amount of people wouldn’t get ANY date in episode 2, so I guess all in all it didn’t really matter. Now that you’ve gotten your “Episode 2 of the Bachelor/ette: A Dissection of the Last 13 Seasons” I can tell you this: This season they went back to what they used to do, and there were two 1-on-1’s and one group date. The group date you already know about as that was the 15 girl Demolition Derby date, which you can see pictures of here.

One of the 1-on-1’s was this date caught by TMZ. That was the first date of the season. It got a little confusing back in September, because when Fleiss tweeted this picture of Arie on a motorcycle from this date…

…he tweeted it on Sat, Sept 23rd, the day AFTER the date had actually taken place. Took me a few days to realize this which is why I was a little screwed up on who it was. It all stemmed from what I found out about the next date…

The next day on the 23rd, was the second 1-on-1 of the season, and that’s with someone I haven’t released to you yet. They took a private jet to Arizona, spent the afternoon there, they went to Arie’s condo, she met his parents, then they flew back and the same night had a private concert in LA. Funny thing about this date was on the day it happened, I got this picture emailed to me saying, “Looks like they’re filming at Arie’s condo today…” 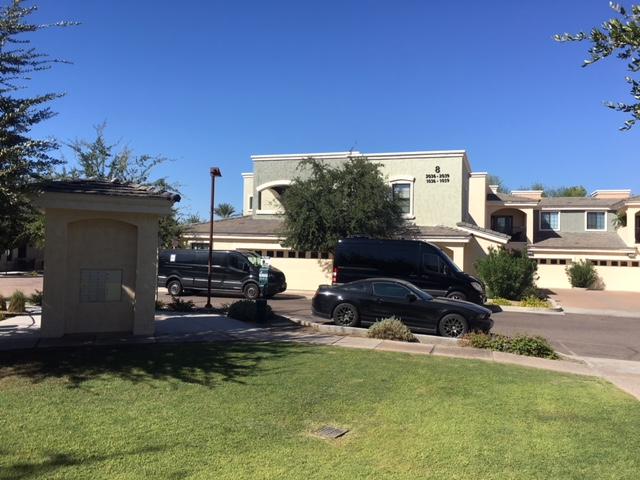 I thought the person must’ve been mistaken since I figured filming had just started and they were in LA so why would they be there. Especially when I had a picture later that night that confirmed who the date was, so I didn’t know why there would be production at his condo earlier in the day. Wasn’t til later that I found out it was because they took the private jet there in the morning, filmed in the afternoon, then flew back and had the night portion in LA for their private concert. I don’t have pic of the two of them at the concert per se, but I know who it was based on the picture do have, which will be released later. It’ll make sense. The following day, the 24th, was the Demolition Derby group date.

-There were 29 girls on the first night. I have 24 of them confirmed right now, although I’ve only posted 15 of them so far on the Arie’s Girls page. The 5 I don’t have were all eliminated the first night, so they’re the least of my concern right now.

-Some of the limo entrances were:

Maquel rode in on an Indy 500 car as the passenger
Becca Kufrin made Arie propose to her
Tia is originally from small town Weiner, Ark so she brought an Oscar Mayer Weiner Whistle, something that I had to google to see:

Soooooo yeah. She brought a wiener and said she hoped Arie had a big one. And yes, I’m just as confused as you as to the spelling of “weiner.” I always thought it was “ie.” I guess you can use both spellings and it’s correct. This is what I get when I google it spelled “ei”: “Weiner is a smoked sausage or a slang term for penis. The common spelling is wiener. An example of a weiner is a hot dog. An example of a weiner is how a parent might refer to their toddler son’s penis.”

Another girl arrived in a classic car, one girl wore a mask and had a bag of Hershey kisses and wanted to be his kissing bandit sidekick, another girl said “Wait, I thought this was gonna be Peter,” and then there was the one I already told you about who made him smell her armpit and said something to the effect of was that the best pit stop you’ve ever had? Some win points for originality. Some not so much.

-I can tell you that Seinne “won” the Demolition Derby date. Every girl had to decorate their own car, then ram into other ones until their car stopped running, and Seinne’s car was the last one standing. She ended up getting the group date rose. Someone had to be taken to the hospital after that group date and missed the after party.

More spoilers to come in the upcoming days…

“Bachelor” Update, Filming in Italy, & How You Can Come Watch a Taping of the Podcast
Podcast #49 – Interview with Prince Lorenzo Borghese, Episode 5 of the “He Said, She Said” Podcast, & (EXCLUSIVE) Where Are They Headed for Hometown Dates?
To Top