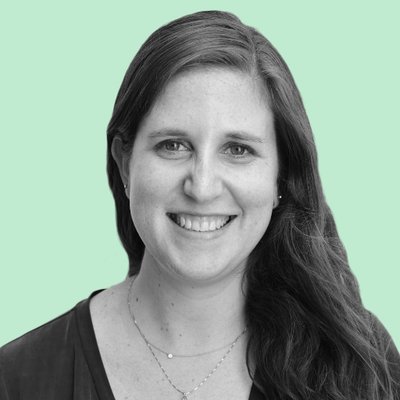 Got a little heavy last week, so decided to bring it back to “Bachelor” talk this week and have a little fun with someone who kicked off last year as my first guest on the podcast, the managing editor of TheRinger.com and host of the “Bachelor Party” podcast, Juliet Litman. Juliet is choosing to go unspoiled this season, so it’s interesting to hear from someone who has no clue what’s coming up what their thoughts are on the contestants and the storylines. Juliet is really the only “Bachelor” related podcast I listen to when I can so it’s always fun to talk to her about her thoughts on the franchise and the show. Also, for the first time I can remember on my podcast in over a year, I get into a little sports talk with Juliet, talking NBA to end the podcast. As always, if you want to respond to the interview, please include Juliet’s Twitter handle (@JulietLitman) in your replies so she can see them as well. A little fun this week to get away from the seriousness of last week’s podcast. Felt it was a good change up and I hope you like it. Enjoy.

I saw your request for additional Dr. Steve questions and figured I’d write in about something that’s happened in my family.

My sister got married a few months ago to a guy she had been dating for many years. She’s in her late 20s; husband is in his 30s. 3 months after the wedding, she found out that he had been cheating on her multiple times, both before and after the marriage (he admitted to it). My entire family was put into a tailspin and are varying levels of disgusted with him (one parent won’t even speak to him).

We found out about everything 3 months ago, and since then, my “brother-in-law” (he doesn’t deserve the title) has not tried to reach out to me even once. (He only reached out to my parents 2 and 3 months after we found out, respectively). My family member’s birthday dinner is coming up this weekend and I’m torn about attending with him there as I have not seen or heard from him since this came to light. Unfortunately my sister is staying with him in spite of my family’s opinions to the contrary. From the feedback I’ve seen from my family, I will be made out to be the “bad person” if I refuse to attend the dinner, with my brother in law being the “victim.” (It’s really messed up). What should I do? If I do go, do I speak to him? I don’t think I can muster up any small talk because I literally don’t care or believe a word he has to say about anything.

Additionally, how should I proceed with my relationship with him from here on out? I literally don’t think I can be in the same room as him without wanting to kill him.

Comment: First “Dr. Reality Steve” of the season and we have an alliteration. Today’s gonna be a good day.

This is certainly an awkward situation. I’m actually surprised your sister is bringing him. She knows everyone is pissed at him, and her for that matter for staying. It’s still fairly recent, so I’m unsure of why she wants to even put him in that situation. Or herself for that matter. You’d think in the short term knowing that her whole family disapproves of the relationship she’s in, she’d just remove herself and not show up. I don’t think there’s any reason to believe it won’t be extremely uncomfortable if they both are there. If she insists on going and is basically making everyone cater to her needs, or is giving off this, “Please don’t treat him differently vibe,” then I wouldn’t blame you if you refused to go. This will sour your relationship with her for sure, but, if you feel that strongly about him and what he did, going and pretending like nothing is wrong, or purposely avoiding him because you want to kill him, to me, is no different than if you just didn’t go.

Personally, I think she’s being selfish for going. And if she’s not going to change, then I wouldn’t blame you if you didn’t. Hell, I think whoever is throwing the party should un-invite her. I know it’s extreme, but honestly, what good is it gonna do? Sounds like no one there wants him around. Unless that party is used as some sort of an intervention I don’t see much good that can come out of it. Has he talked with the family at all and apologized? Here’s a question that I have: Does he know that you guys all know what happened? Or you guys just found out and he’s unaware that you know? Could change the dynamic. I’m assuming he knows you know, but you weren’t specific if that was the case. Either way, if you feel uncomfortable with him being there and it’ll be extremely awkward, and your sister insists on bringing him, then to show your displeasure, I don’t see why you can’t remove yourself from the situation in the short term. But I would have a talk with your sister about how what he did is unacceptable, you don’t approve of it, and this will be your stance for a while. See what she says. If she’s stubborn about it or makes excuses for him, well, then you’re going to have plenty of uncomfortable family gatherings he attends from now until they break up because it doesn’t sound like you want to have any sort of friendship/relationship with him, and I don’t blame you.

This wasn’t a one time slip up. It goes well beyond that. Constantly cheating before and after a marriage from even a few months ago basically means he doesn’t give a sh** about your sister. Not even sure why he married her in the first place. He’s got some serious issues. The good thing is, no matter what your sister is saying now and whatever crazy ass reason she’s choosing to stay with him for – that won’t last long. She’ll eventually see she’s in a sh***y marriage and will get out. But until then, if she’s going to be selfish and continually put you and your family in uncomfortable situations, tell her you want no part of it. Good luck.
__________________________________