Whoever would’ve thought that Sydney would have this season nailed before it even started? Credit where credit is due. She called it.

Anyone that knew anything about who Arie was, and what he was doing this for, can’t honestly be too surprised that if a “Mesnick” was gonna happen again, it’d be by this guy. Well, except for his minions that are swallowing their own tongue right now trying to find ways to defend this. You see, because when I posted on Nov. 30th that Arie was engaged to Becca, you know how many of his lunatic fans tweeted or emailed me, “Oh no, Steve. Arie isn’t gonna end up with Becca. He’s going to break off the engagement in two months and start dating Lauren. I just know it.” I can tell you how many: ZE. RO. So you can’t on one hand for the last two months tell me how Becca is the girl for him, it’s perfect, she fits best into his life, he’s so in love with her and that’s why he spoiled his season on IG, then now that you have this news, come back with, “Well, ummm, errrrrr, uhhhhh, yeah, he’s making the best decision for himself. He’s following his heart. If this is how he feels, then I support his decision 100%.” Bulls***. It just kills you to admit you fell for this guy’s BS hook, line, and sinker and it’s pathetic. Womp woooommp. I’m sorry. This is just too good.

The guy who whined to us about not being in love for 5 years since Emily. The guy who’s now a matured man and is “not looking for someone to date, is looking for my wife,” couldn’t give it more than TWO MONTHS to a woman who had an ex-boyfriend show up, propose to her, have her REJECT IT, and then accept Arie’s proposal…you gave it a whopping two months before taking back that whole day and immediately asking Lauren to date you? Are you serious? Un-be-lievable. The season is a joke, he’s a joke, and I feel sorry for Becca. Been saying that since the show began. But hey, on the bright side, thank you Arie because this is GREAT for my business, the show will absolutely draw ratings now because everyone will be glued to that finale, no matter how boring the rest of the season is. And it’ll be one gigantic sh** show. He deserves the crucifying he will be getting come March 5th by the general public. Jason was the most hated man on earth when he pulled this on Melissa. And Jason didn’t have a sh***y reputation that preceded him. Maybe Arie shouldn’t leave the house for a while.

As I say every season, there’s nothing else I can tell you to make you believe this is what happened. There’s not gonna be any evidence publicly that proves this unless Arie & Lauren purposely go to social media and spoil it like he did with Becca. We haven’t had an ending like this in 9 years, so yeah, absolutely people are going to be skeptical and people are going to be hoping that I’m wrong. Not sure why it bothers them so much and they just can’t accept this, but I know there will be skeptics out there. And those people would be the Arie Crazies. So be it. This is what happened. It’s not wrong. I just laid out the timeline for you. If you honestly think I’m reporting this based off a hunch, or some wishful thinking, or something to stir the pot, then you don’t know how I function. This is your ending to this season and you will see it play out during the finale and ATFR on March 5th. It’s gonna be a doozy. Which kinda makes these two IG story posts that Becca had the last two days unfortunate: 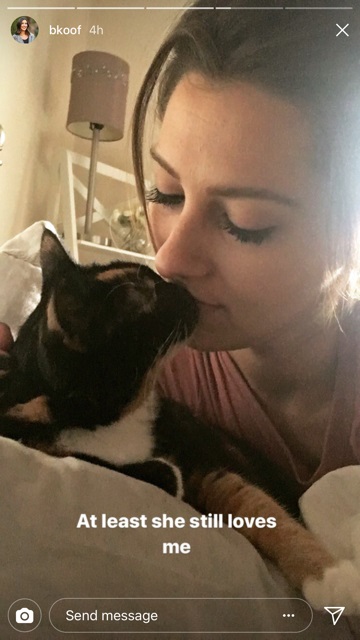 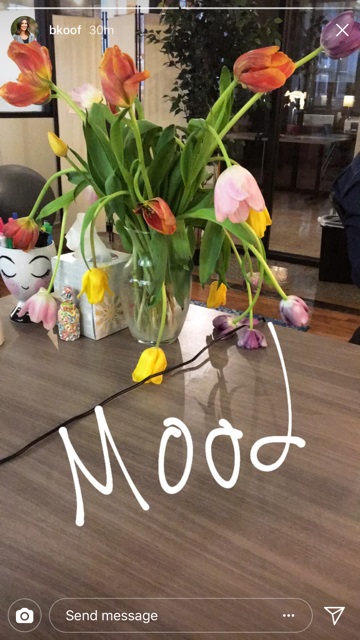 It really sucks for her, no doubt. Of course both of those posts have double meanings now and were thinly veiled shots at Arie. How could they not be? I’m sure her head is still spinning, and now for the next 5 weeks, she’ll have to hear the whispers that it’s out and she won’t be able to say a word publicly. Maybe now that it’s out, the producers will tell her to try and throw people off the scent or whatever and start posting happy things, and people can dissect it til they’re blue in the face. Have at it. But that’s why social media never has and never will tell the full story. Who’s following who? Who’s commenting on who’s picture? What are they saying? It’s all white noise, never tells the true story, and just leads to more speculation. This is your ending and you will see it play out on March 5th.