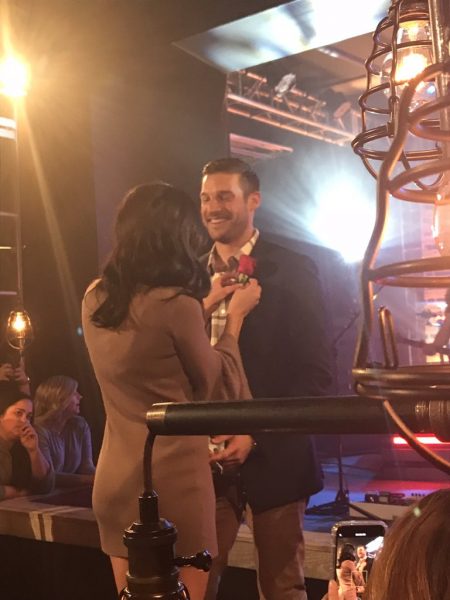 So yesterday went exactly as I told you it would. Becca and her date, which ended up being Garrett Yrigoyen who I released yesterday (also the first impression rose guy), hung out on Main St., they had lunch at the No Name Saloon, went bobsledding where they joined with 2006 Winter Games semifinalists Valerie Fleming and Shauna Rohbock in a 4 man bobsled, then they went to the Granger Smith concert which was held at the O.P. Rockwell on Main St. They didn’t arrive there until after midnight local time, even though the audience was told to arrive at 8:30. So loooooooong night per usual. Future tip for anyone ever in attendance for a future concert. No matter what time they tell you you need to check in, and no matter what time they tell you the lead and her date will be there, just know they’re ALWAYS late. Like minimum an hour late, sometimes two. Be prepared to stand around and do nothing for a long time if you ever attend a private concert. Been that way for years and will continue. I understand they have to get everything set up and do all the mic checks and set up the cameras, but it’s amazing how I hear the same song and dance every season about how you wait forever to watch the couple for maybe 10-15 minutes.

(SPOILER): Becca and Garrett earlier today at the No Name Saloon & Grill pic.twitter.com/Lg5ksWrlNS

(SPOILER): Another pic of Becca and Garrett on the bobsled date. They were in the 4 man bobsled w 2006 Winter Games silver medalists, Valerie Fleming and Shauna Rohbock pic.twitter.com/A4W29nQv0u

(SPOILER) Becca and Garrett at the Granger Smith concert tonight. The concert is at the O.P. Rockwell on Main St. in Park City, UT. pic.twitter.com/5Ndo2cL7hY

(SPOILER): Becca and Garrett, sittin’ in a tree pic.twitter.com/cMdwdpFoiV

(SPOILER): Video of Becca and Garrett in their favorite pose – their faces stuck together pic.twitter.com/reH1Tqge6C

OBSESSED! There was so much chemistry! They were so cute. pic.twitter.com/wKFiVNacWN

@RealitySteve I’m obsessed with them!! pic.twitter.com/SHAGShVymE

Not hard to see that Garrett will be sticking around a while and considering the last 3 “Bachelorette” winners were all recipients of the first impression rose, well, lets see if this guy can make it 4 seasons in a row.