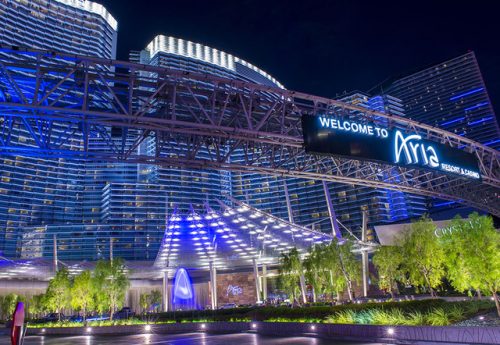 Gotta give props where they’re due. With the NCAA Tournament now over, we have a winner to this year’s Reality Steve Bracket Challenge. With close to 1,000 total entries, Kara Murphy is this year’s winner. What’s most impressive? She had already won regardless of who won last night. She filled out 5 brackets, as a lot of you did, and one of her brackets had Michigan winning it all and one had Villanova. But her Michigan bracket one had more points than anyone else until Villanova won. So even after the Villanova win, Kara still got 1st and 2nd place, even though I didn’t pay out for 2nd place. This was winner take all so congratulations to Kara. I don’t want to say the rest of us did terrible, but frankly, we did. Do you know how many Elite 8 teams Kara had correct in her Villanova winning bracket? One – Villanova. That means she had one Final Four correct. One in the championship game, and one in the winner – Villanova. Taking it a step further, you know how many Elite 8 teams she had correct in her Michigan bracket (second place)? Two – Michigan and Villanova. So basically, she killed it in the early rounds and won the tournament before it was actually over. Your check is in the mail Kara.

Lets get to some “Bachelorette” related news since I haven’t posted since Thursday regarding what’s been going on. As you know, last week they were in Park City, Utah. On Friday of last week, I reported that they were headed to Las Vegas for episode 5. Last time they were in Vegas was Ben Higgins’ season five seasons ago. The guys are staying at the Aria Hotel & Casino, same place the girls stayed on Ben’s season. Filming began Sunday with a 1-on-1 date. No public pictures were posted, but I was made aware who was on that 1-on-1 as they were seen in the lobby. Yesterday was a group date at the Aria Convention Center that I tweeted out the basic details of. 9 guys on the date, they were all dressed in tuxedos, Wayne Newton was the special guest, and each guy had to get up there and sing a song to Becca written by themselves sung to the tune of Wayne’s infamous “Danke Schoen.” Reports are there were a couple that were good, a couple that were ok, and one that was flat out bad. I’m aware of the 9 guys that went on the date, but since cameras weren’t allowed, there are no public pictures as of now, so I’m not in any hurry to release which 9 got the date. You’ll get it soon enough. As I say every season, you don’t need to know everything 4 seconds after it happens. You will get your spoilers eventually like you do every season. This season will be no different. A lot of what I release depends on what gets spoiled publicly. Since they left LA, outside of Garrett’s concert date in Park City, nothing has been spoiled, so there’s no rush for me to put it all out there now.

Today is someone’s birthday. A very special someone who has a “date” tonight. That’s right, my nephew Nicholas turns 11 today. Holy crap, he’s 11. That makes no sense. So I’m taking him to the Mavericks/Trailblazers game tonight and, shhhhhhhh, don’t tell his mother but he might be getting cotton candy (don’t worry, she doesn’t read my site). And oh yeah, it’s also Becca’s 28th birthday today too. And what better way to celebrate your 28th birthday than having to go on the dreaded 2-on-1 date. That’s right, today is a 2-on-1 date in Vegas, with rose ceremony #5 being tomorrow. Maybe pictures will get out, maybe not. You never know. The first two dates in Vegas didn’t have any public pictures get out, so, chances are less than likely they’ll do something totally public for the 2-on-1 today.

Also this past Friday before they left for Vegas, I was told where they are headed for episode 6, and that’s Richmond, Virginia. There’s a public concert you can during their stay there and that’s with Morgan Evans. Or as he is probably better known as “Kelsea Ballerini’s husband”:

(SPOILER): A public date in Virginia you can attend pic.twitter.com/oHHnAMeVPm

Not sure where they’re headed for episode 7 yet, but I’m sure I’ll find out before they leave since I have for every location before that. I know some of you have been asking me about international travel and when it starts. My answer is I don’t know. Maybe they will for episode 7 before coming back for hometowns in episode 8. Or maybe they keep it domestic for all episodes up to hometowns. Wouldn’t be unprecedented as they did it for Chris Soules season. People are reading into it too much. Just because they don’t have any international travel before episode 6 doesn’t mean they have no budget, or that her season sucks, or that Becca didn’t want to go anywhere. Some of these speculations are flat out ridiculous. They travel where they travel and it has nothing to do with anything other than where they get the best trade deals. Becca doesn’t dictate where they go. The fact they’re in Richmond for episode 6, I think, is a clear indication that when they were in Virigina for Lauren’s hometown last season (and then for the Arie/Lauren meet up again post-season) is when the idea of Virginia was put into their heads. I don’t think it’s a coincidence that they were in Virginia twice last season and then this season it becomes a location spot. They went there, they liked the scenery, so they decided to put a package together for them to come back and Virginia accepted. I highly doubt they’d be going to Virginia this season if they never went there twice for Arie’s season. Just a hunch.

So we’re down to 12 guys in Vegas (11 after today’s 2-on-1), then I’m sure 9 will head to Virginia in keeping with their past elimination track record. Obviously if you follow some of these guys on social media, it’s not that hard to tell who’s home and who isn’t. The question is when they were sent home. And for others, also could be a question of why. As I said, you’ll get all that later on in the spoilers.

One thing that I brought up a couple weeks ago was some early season drama in regards to Becca that happened. Here’s the thing: I know the basics of what happened, but knowing the basics, I have a lot of questions regarding the circumstances since some of it is confusing, and I don’t have the answers to those yet. I could lay the basics out there for you tomorrow, but I guarantee the speculation will become unwarranted and that’ll just muddy the waters. I’d rather have most of the details before explaining to you what happened. Trust me, once I gave you the basics, without knowing anything else, and without knowing the full details, just seems like the reporting would be incomplete. I don’t know. Let me try and get more info and if I can’t, then I’ll decide if/when I want to report the basics that I know. This will all make more sense once you know.