Another fun weekend on the Summer Tour this past weekend in Chicago. Thank you to all of those who made it out to the pre-game festivities at Murphy’s Bleachers, and those that continued on into the game. Fun game to watch to say the least with the Cubs coming back from a 5-0 deficit, including being down 7-4 in the 8th before scoring 4 runs, and winning it 8-7. That win allowed me to hear the “Go Cubs Go” song in person for the first time. Well, I’ve only been to Wrigley one other time so it’s not like I’ve had many chances. But still. Cheesy ass lyrics, but a catchy ass song. I had an Italian beef and sausage sandwich from Portillo’s that was great, hung out in the West Loop on Friday night which was a lot of fun, then enjoyed all the Cubs festivities on Saturday. Good times all around. With that said, the summer tour is now over. I was thinking of doing DC in August, but it’s not gonna happen. I’m sure next summer I’ll do it again in other cities, but I definitely enjoyed my visits to Denver, San Francisco, and Chicago this summer and glad I did them. Thanks to everyone again who made it out for any of the three visits.

Just a reminder that anyone who wants to be a part of the “He Said, She Said” podcast with myself and Ashley Spivey, as long as you have Skype, email either of us and let us know your availability and what topic you want to discuss and we can arrange a time to record. The more callers we get, the more frequent our shows will be. We had a great response to episode 1. A lot of great reaction and feedback especially to our caller Laura who was sexually assaulted in college. Thanks to all those who have reached out since.

“Floribama Shore” season 2 returned to the airwaves last night, and our Nell Kelter is here to recap it for you every Tuesday. Check it out here. Certainly a very entertaining recap to read each and every week for the next couple months or so and you can get it right here every Tuesday morning.

I think one thing we’re seeing more and more of from recent contestants on social media is the lack of self-awareness. I mention this because, ummmmm, did you see this interview that Corinne did? It’s like the female version of the one that I linked to of Jordan’s from last week. She acts like she’s completely above the show, but in the same breath laments the fact she was never the “Bachelorette” and chides the franchise for it. Huh? What planet is she living on? She tries so hard to shed the label that she created for herself on the show, yet then gives interviews like this, which pretty much is the written form of exactly how she acted on the show. But we’re supposed to think she’s different? Ummmm, ok. However, props to Corinne for one thing in this interview. She twice went out of her way to point out how little she liked Luke Pell. Seems to be an ongoing theme in this franchise.

I know you’re all dying for Paradise spoilers. We’ve got a month before the show premieres on Tuesday, August 7th, the day after Becca’s finale. Then it’ll air every Monday & Tuesday after that through mid-September. Episode-by-episode details are tougher to get for this show versus “Bachelor/ette,” but, I’m working on it. There certainly are couples though that are hanging out together post-show. Some getting seen by the public and some not – at least yet. Not all of these couples ended the show together either. You have to remember, that when you use the word “couple” or “dating” in this franchise, it usually means something completely different than what people who aren’t on TV call it. So it’s tough to say who’s serious, who isn’t, who is just doing a showmance, etc. As mentioned last week, still I believe the only engagement was Jared & Ashley’s. But here’s what I can tell you of who is/has been together post-show:

Nick Spetsas & Chelsea Roy: You saw this tweet from a little over a week ago that they were spotted in Orlando together:

Connor Obrochta & Angela Amezcua: This was taken on July 4th at St. Petersburg beach in Florida. And yes, that’s Jordan behind them in khaki’s and a long sleeve shirt rolled up. Don’t ask. I have no idea either. 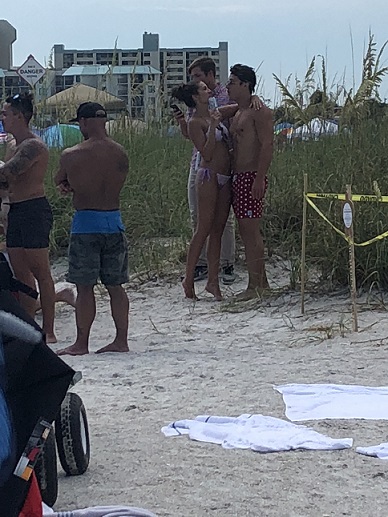 If you’re possibly thinking, “Well how do I know that’s Angela? We barely even remember her.” True. You don’t. I sure didn’t. But yes, it’s her, and here’s a pic from her IG story that day showing she was at the beach: 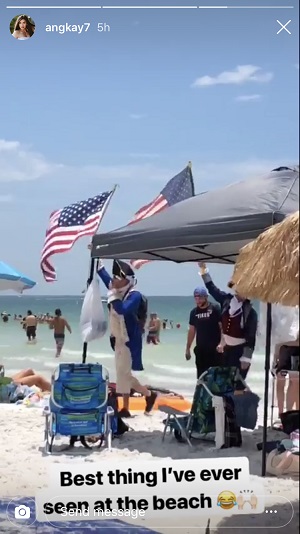 Kevin Wendt & Astrid Loch: This was sent to me after being posted on a private FB page over the weekend. Oh boy. Smh. Kevin’s plan from the second he got cast on “Winter Games” seems to be working to perfection. 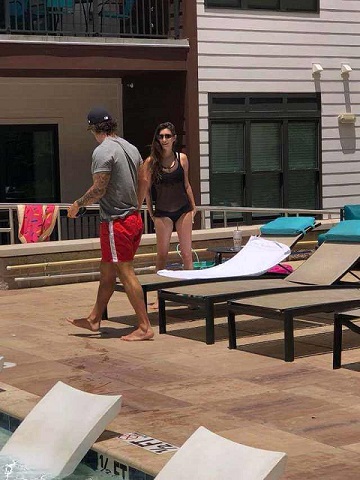 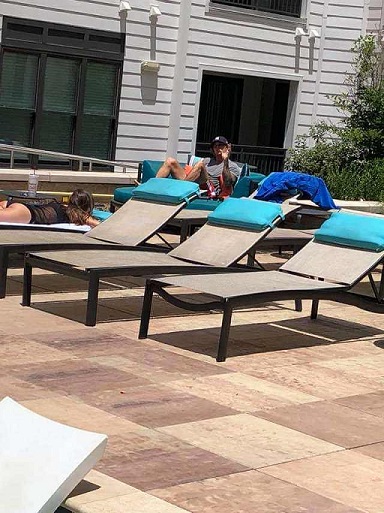 Chris Randone & Krystal Nielson: Oh this is definitely gonna be interesting. Two characters who were vilified by the public for their actions on their seasons are now dating post-show. Looks like we have our answer to, “Who is gonna get the annual BIP redemption story this season?”

Like I mentioned, not all of these “couples” were couples when the show ended. Not to mention, there are others who came from the show that I don’t know about yet. Working on it. I think I know who Jordan is with, but not 100% sure so I don’t want to say anything yet. But these are the ones I can give you for now. There will be more info to come in the following weeks. Stay tuned.