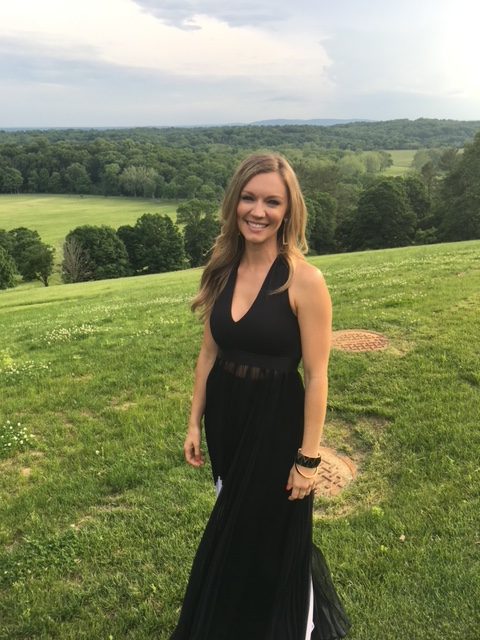 Another blast from the past this week as we dip back into Juan Pablo’s season for a great conversation with Kat Hurd. Kat’s someone I always knew I wanted to get on the podcast at some point and figured now would be a good time to do it. A lot of good stories she tells from her season including being courted by the show to come on (with a phone call and flowers from Fleiss himself), to her spats with Nikki, to her bizarre 1-on-1 with Juan Pablo. A lot of good stuff in there. And as I mentioned on Tuesday, I really appreciate Kat opening up about the struggles she had with bulimia over the years. A really important topic that I’m sure wasn’t the easiest thing to talk about, but I applaud her for doing so. Can’t be an easy thing to discuss. I know it’s something she’s passionate about and had briefly mentioned it before, but I don’t know how many people truly knew the extent of what she’s been through. As always, if you want to respond to the interview, please include Kat’s Twitter handle (@KatHurd) in your replies. I’m sure she would appreciate hearing from anyone who maybe has gone through what she has, so don’t be afraid to let her know. Really enjoyed talking to Kat and I hope you enjoy the podcast.

I’m sure a lot of you by now saw my tweet yesterday regarding the next “Bachelor” announcement. I’m very well aware of what the show has done the past two seasons pulling Nick and Arie out of their ass at the last minute for shock value. So I get that there will always be skepticism in regards to the “Bachelor” announcement since it’s really the only thing this show can keep a secret about anymore. They interview multiple people, lie to multiple people to make them believe it’s them, then pick one and others are surprised. With that said, all I can do is report to you what I’m hearing, and the latest is that they’re gonna go with Colton.

To say the reaction on Twitter yesterday on my post was negative would be an understatement. I’d say it was running 95% in the camp of “Noooooooooooooooooooooooo!!!!!!!” And within that 95% of negativity, most people were almost mad at the fact that they Tia will show again on his season and we’ll have the Tia/Colton show yet again. That’s not happening. Assuming this information is true, and I don’t have any reason to believe it’s not, and Colton is the next “Bachelor,” Tia is not gonna appear on his season as a contestant. It’s just not gonna happen so you can rule that out.

I get that not a lot of people are happy, which is standard every time there’s a “Bachelor” announcement. Uhhhhh, may I take you back to Sept. 7th last year when Arie was announced and the uproar that caused? Look, I don’t care that Colton is the “Bachelor.” Whatever. Do I think it’s a great choice? No. But it’s not my choice to make and I kinda see why they did it. I just don’t think he’s great TV. But again, this show is made by the casting of the women, not the lead, so they’ll be fine no matter how many people bitch about it. They bitched about Nick, they bitched about Arie, they’re bitching about Colton. It’s par for the course. If you ask why, the only thing I could come up with is the fact that Sean Lowe has been their only “successful” Bachelor story being the only guy who married the final girl he chose. The optics on the outside of Colton as the “Bachelor” is the closest thing they have to Sean. The whole virgin thing, former football player, no scandals in his past, morals, etc. For as much sh** as this franchise took the past year for their casting of questionable men, I kinda see why they’re going with Colton.

Look, he’s no more an opportunist than all the ones before him. This was his ultimate goal from the second he applied for Becca’s season. And he was always on their radar as a potential candidate because he screams “Middle America.” Am I surprised they went with him after all the Tia stuff and now we’re gonna have him on 3 consecutive seasons? Absolutely. The questions about “why not Blake” or “why not Jason,” I don’t know how I’m supposed to answer that. If it were Blake, you would’ve been asking “Why not Jason?” or “Why not Colton?” And vice versa if Jason was named. Everyone’s got their favorites, and Colton is certainly drawing a strong reaction from the audience, regardless of how negative it is. And that’s EXACTLY what they want. Frankly, all I care is that there’s a season, I already have 12 women (actually 13 now) I’m pretty sure will get cast, and I’m ready to spoil their season again. Expect the “official” announcement of Colton to happen on GMA sometime next week is what I’m hearing.