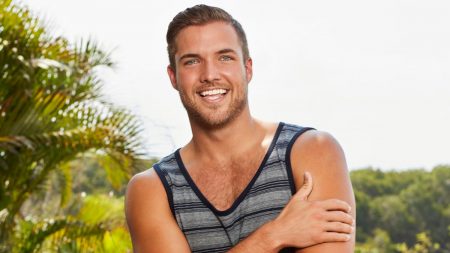 Well that all happened rather quickly. I first got in contact with Jordan last night for the first time to talk to him about everything going on. What he told me certainly didn’t make me think Jenna was acting like someone who was innocent. In fact, it was the complete opposite. You’ll hear a lot in this podcast about what happened and when, the new ridiculous information that came to light today by one of Jenna’s friends, how she reacted when he first told her, and much more. Just know that the guy put a lot of thought and gathered a lot of info before making a decision to end his engagement. He didn’t end it based on three texts that he saw. We’ve been back and forth for the last 24 hours going over stories, sharing emails, sharing texts, and I think through all that, for Jordan to make the decision he did speaks volumes about how important this was to him. So this isn’t your regular podcast where we talk about his background, his time on Becca’s season, etc. This is straight talking about what has happened in the last 48 hours regarding the texts and emails I received from this man in Jenna’s life and Jordan’s reaction to it all. Can’t thank him enough for coming on, which I’m guessing, has all of ABC’s top brass in a tizzy right now. Whatever. Jordan is the center of the story, and although his statements to the press were very well done, to actually hear him talk about the situation, in my mind, is completely different. As always, if you’d like to respond to the interview, please include Jordan’s Twitter handle in your replies (@jordan__kimball). Hope you enjoy…

(SPOILER) Jordan joins me to talk about the whirlwind that’s been the last 48 hours, how he first heard, what was Jenna’s reaction when he confronted her on it, the news that was presented to me today, how he’s feeling overall, why did he end the engagement, does he think there’s a reconciliation in the future, and a whole lot more. No time stamps for this episode because it’s shorter and I know people wanted to hear it as soon as possible. It’s one thing to read Jordan’s statements with media outlets, but I think it’s another thing to hear it in his voice how almost discombobulated he is and how he’s still processing how all this could’ve happened.