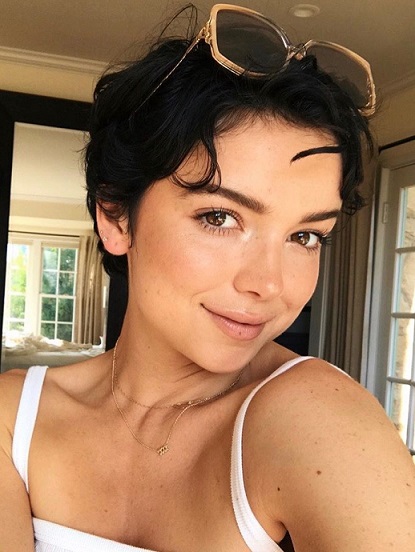 Well this one sure is interesting. Podcast #101 is with one of the more polarizing figures in recent memory on the show, Bekah Martinez. A lot has happened with her since she first appeared on our TV’s at the beginning of this year as Pixie Bekah on Arie’s season. She’s been through a lot in these 9 months or so we’ve “known” her. Because we were on a bit of a time crunch to record this interview, I don’t necessarily treat this interview like I have others with contestants where we walk it through every date on their season and have them give me their thoughts. With Bekah, because so much has happened with her and she was one of the more outspoken contestants, we pretty much just cover all the major issues that happened with her since January – her thoughts on Krystal, the Tia beef both on the show and when she was in Paradise, the Arie/Becca/Lauren ending, her post-show beef with Raven/Tia, her unexpected pregnancy – it’s all covered and Bekah has no problem speaking her mind about what went down. Her thoughts on her pregnancy I very much appreciated because it’s stuff I don’t know if she’s really gotten into and I was surprised to hear, but I thank her for being so open and candid about it. Love her or hate her, I think you’ll find her honesty on topics refreshing, and that’s really all I’m ever asking for in my guests. As always, if you want to respond to the interview, please include Bekah’s Twitter handle (@whats_ur_sign_) in your replies. I’m sure there will be a lot of discussion surrounding this podcast. Hope you enjoy it as much as I did.