-We enter the cocktail party and Colton has a toast to give. “Any expectations I had, you blew it away (I mean, it is one of the best looking casts they’ve had, but really, what’s he gonna say? “Man, I’m kinda disappointed in this crop of women. I wish some of you weren’t cast.”)…so excited to start journey (that I begged and pleaded for)…fell in love with Becca (don’t forget Tia too in a matter of a few months)…grateful for her though (I’m sure she hasn’t lost a wink of sleep over you)…people say I might not be ready (and they’d be right)…but I’m ready (no you’re not)…hopeful to be standing in this room tonight with my wife (Bahahahahahahahahaha, you’re funny Colts)…to new beginnings, taking chances, and falling in love! (to fabricated storylines, selling your soul to the devil, and liking someone a whole lot only to have them tell you they’re not ready to be engaged!).

-Erika really wants to know why Colton is a virgin. Like, really wants to know. It’s bothering her, as I’m sure it is most of America. “It’s just so weird.” Different? Yeah. Weird? Eh, that would constitute something being wrong with it. IF the dude is really a virgin (which there already is talk out there he isn’t but I have no idea if that’s true or not), then he obviously has every right to be. And his answer is pretty much what we expected him to give to her. “My personal life took a backseat when my professional life took off…I’m not waiting for marriage, I’m waiting for the right person.” Yes, so we’ve heard. Now according to Chris Harrison, this conversation he has with Caelynn on her 1-on-1 in Singapore lets us in a little bit more on why he “is the way he is” and “how this came to be.” So lets see how that goes and then maybe we’ll dive a bit more into this. Until then, just keep making nut jokes at Erika’s expense.

-Hannah G. gets some time and the do breathing exercises together, something he said his mother taught him. I think. I just eye rolled James Harden style when Hannah actually compared his nervousness on night 1 to an NFL game because, well, Hannah let me explain something. Colton never suited up in an NFL game. Did he play for the Chargers and practice with them? Yes. Did he do the same with the Raiders? Yes. But was he ever there ready to go on the sidelines in uniform on a Sunday possibly asked to get into a game? No. But God forbid they don’t shove down our throats the “professional football player” angle like he’s Tom F***ing Brady. Enough already.

-Caelynn’s turn to woo Colts and she tells him she moved from Virginia to North Carolina a year ago, loves traveling, favorite place is Thailand even though she got dumped there, and that…wait a second. So someone living in a state for a year can run (and win) that states beauty pageant? I mean, seems a liiiiiiitle shady if you ask me. You know, like maybe she lost x amount of years in a row in Virginia so she just moved south one state in hopes to win and voila! She’s their representative. Amazing how that works. Caelynn is the first to mack down with Colts and yes, I just used the phrase we used back in the early 90’s to describe making out with someone. Damn I’m old. “Dude, did you mack her last night?” “Totally.” God we were stupid.

-The first impression rose is brought out, and for the 37th consecutive season, everyone in the mansion acts like this is the first time they’re seeing it, they have no idea what it does, what it represents, or even if it has magic powers. I still cannot believe production makes this a storyline every first episode making the contestants explain the significance of it, and who’s getting time with Colt Cabana and who isn’t blah blah blah. We get it. It’s so forced and contrived, it’s hard to take the women seriously when they are intricately describing to us the audience the importance of the rose like it’s a life or death situation. Great. One of you gets a rose that guarantees your immunity from the night. It’s not that big a deal. But when it comes to this show, they kinda make everything seem like it’s the most important thing ever in the entire world. In reality, Colton is just a dude who will pick someone at the end of this and they’ll never stay together and everyone’s lives will continue as always.

-Sydney takes him outside and waiting is a string quartet where she teaches him to dance in a square. Since Colt 45 has two left feet and DWTS isn’t coming back til the fall season, we can pretty much thank the heavens he won’t be appearing on that show. I think I would’ve been more impressed if Sydney had the NY Knicks team waiting outside for a pickup game, somehow brought back all of Becca’s dudes who were shooting hoops in the driveway night one, and we could’ve seen them probably skunk the Knicks 11-0. What I’m saying is the Knicks are bad. And that’s good for me since I may or may not have bet their season win total under 28 ½ wins this year. Just sayin’.

-Elyse goes fishing in a pool, Tayshia has “Tayshia Land” in the front yard and neither of these is particularly interesting to me. Although, it would’ve been nice if Tayshia Land had a spot where he ex-husband had set up a booth and Colton could go over and ask why they were barely ever married, who the Chase Olswang guy was that she posted so many pics with shortly after the divorce proceedings and what lies she’s going to tell the public about how they were “just friends” and “it’s not what it seems like.” Really? So three months after the divorce was filed she’s spending New Year’s with this guy and he’s hashtagging #love on it? Let me guess, he was the one totally in love with you and you didn’t reciprocate any of that and just went along with it, right? Gotcha. Sounds reasonable. 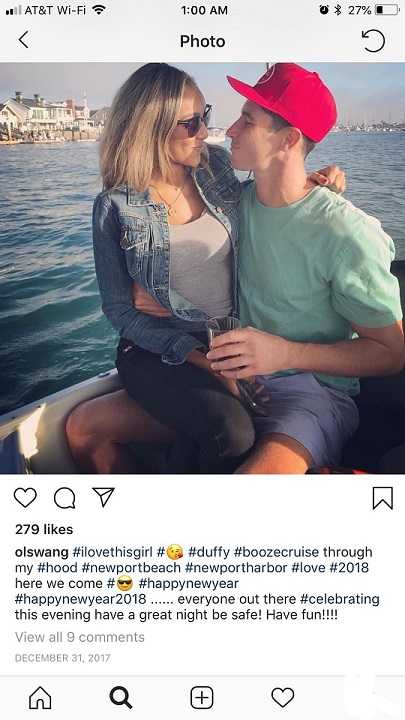 Colton’s Episode-by-Episode Spoilers
The “Bachelor” Colton – Episode 2 Recap, My Podcast Screw Up, & The Return of “Temptation Island” Tonight
To Top