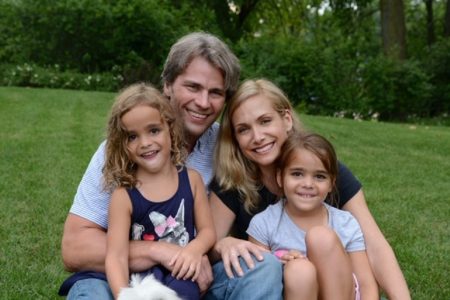 This past Monday’s “Bachelorette” 15 year reunion show was a fun trip down memory lane seeing old clips of past seasons and all the classic moments that a lot of fans tend to forget. It also left out two former “Bachelorettes” in Jen Schefft and Meredith Phillips. Meredith was on the podcast last year and we all know how that went, so I didn’t expect them to contact Meredith for this special. But what about Jen? Well, we got her and you’ll hear her answer today. So great catching up with her and talking to her about her time on Andrew Firestone’s season, getting engaged, moving to SF, and then their subsequent breakup. Then moving on and talking about how the “Bachelorette” gig came to be and why it almost didn’t happen. Little known fact: Unless you’re a long time reader of this site you wouldn’t know or remember, but back in the early 2000’s I had a major crush on Jen. Like I was giddy when she was becoming the “Bachelorette.” And then her season aired and, well, we talk about it. Oh I still liked her. I just don’t think America was thrilled with her season. She’s aware of it and we talk about how everything went down. Good times. As always, if you want to respond to the interview, please include Jen’s Twitter handle (@jschefftwater) in your replies. Great catching up with Jen this week and I hope you enjoy it.

A few things that I talk about in the first 10 minutes of today’s podcast that I also want to address here. First off is the tweet from late Tuesday night that I saw the evidence I needed to know that Luke Parker was eliminated after the final 3 rose ceremony. Which I guess surprised some people since around week 4 I said he was the front runner. Which he was. After watching the season promo, it’s clear to everyone that Luke just didn’t get along with a lot of the guys. We even see Hannah asking him why the other guys don’t like him and a scene of him screaming at Garrett and pointing in his face. This is the first time I’ve ever relayed what I was hearing early in the season and it ended up being wrong. Ben with Lauren, Becca with Garrett, Andi with Josh, the list goes on. When I report those about the front runners, all I’m doing is telling you what I’m hearing. I never think much of it at the time because frankly it doesn’t matter who the front runner is while the show is still filming UNLESS they end up winning. Then obviously that information becomes more important. But at the time I say it, it’s just to give you a feel for what’s going on. Luke got the first impression rose. Hannah was definitely into Luke. We’ll see what caused him not to win, but my guess is the fact that he just didn’t seem to be liked in the house was a major reason for it. I think it was his to lose and he lost it. We all want to date someone people like. I can’t think of one “Bachelorette” that ever chose a guy who was involved in a majority of the drama in the house because it’s never happened. And you will see Luke is involved in a lot this year. Some because he received the first impression rose and was an immediate target, some was jealousy, and some was his own doing. It’s not gonna be pretty for him this season if early social media reaction is any indication. If before the season even airs, and people were responding to my tweet with calls of him being verbally abusive, and having a temper, and being “scared” of him…yeah, he’s got a loooooong two months ahead of him unfortunately. Hope he’s got thick skin because this isn’t gonna be pretty. Social media is killing him already and they haven’t seen an episode.

Also, the first episode has not been released to the media yet and we’re 4 days away from the premiere. Hopefully it’ll go up today and tmrw and I can have your night 1 spoilers for you on Twitter and then posted in the column on Monday. You already know the 8 guys who were eliminated as I tweeted those out the other day, but I will let you know about all the other night one shenanigans once it’s released to the media. I would think it’s today, but don’t know for sure.

And finally, Hannah’s final rose ceremony is either tomorrow or Saturday. With this season starting to air two weeks earlier than normal, I can’t guarantee I’ll have your final four breakdown by Monday. Sometimes I’ve found out within 24 hours of the final rose ceremony who won, sometimes it’s been 3 or 4 days, sometimes it’s been a week or so. However, with the season usually starting on Memorial Day or the week before, the ending was out before the show starts. Unless I find out this weekend, you won’t know by Monday when it premieres. Doesn’t mean my sources aren’t there, doesn’t mean I won’t get any info, it just means they moved their show start time up two weeks so the timing is a bit off this season. Filming was the exact same as it’s always been – this year March 16th to May 10th or 11th. That’s standard. But me finding out the winner will probably come sometime in the next week or so like it usually does, so I can’t guarantee I’ll have it by the premiere on Monday. I point this out because I’ve already gotten social media and email response asking when I’ll know. I don’t know. I never know. I just know I will at some point. So just wanted to put get that out there to hopefully prevent as many “so when are we getting the winner” emails or tweets that will inevitably start heading my way. Like I say, thankless job sometimes. You give it to them, it’s expected. You don’t, and it’s “where is it, why don’t you know, when is it coming” on and on and on. Wash, rinse, repeat every season. Just be patient. You’ll get it like you always do.

Podcast #128 – Interview with Peyton Lambton
The “Bachelorette” Hannah – Episode 1 Recap, What’s the Latest, Reporting on Hannah’s Guys This Season, and Episode #19 of the “He Said, She Said” Podcast with Ashley Spivey
To Top