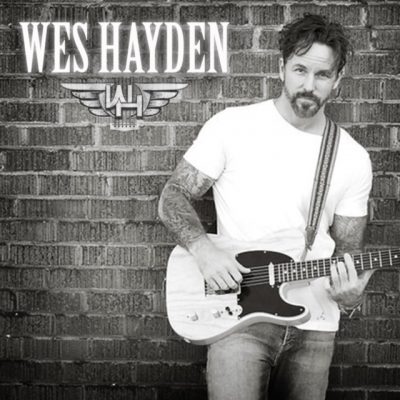 Love today’s podcast. It’s one of the original bad boys from the franchise, if not THE original bad boy, Wes Hayden from Jillian’s season of the “Bachelorette.” We saw Wes recently on the “Bachelorette” reunion special last Monday night as they updated us on where some of the bad boys from the franchise has been, and it reminded me that I needed to reach out to Wes. We used to hang out back in the day, we’d lost touch over the years, and seeing his story on that show, then hearing him tell it in more detail on today’s podcast was really cool to hear. I’m happy for the guy how things turned for the better for him. I know back in the day that the lifestyle he led of gigging, staying out late, drinking, couldn’t be sustained for a long period of time, and Wes ended up realizing that as well. He’s in a better place now, he just released his first album in I believe 6 years, and things seem to be back on track for him. Loved hearing that and I hope you do too. As always, if you’d like to respond to the interview, please include Wes’ Twitter handle (@wesleyhayden) in your replies. First half of the podcast we talk about his time on the show, and the last half is basically him telling us what’s happened since. I think there’s one part where he talks for 15 minutes straight telling his story. I certainly wasn’t gonna step in and stop him. It’s a great listen. Enjoy…

(SPOILERS) Before Wes joins me, I briefly talk about episode 2 spoilers and some overall thoughts on Hannah’s season. Then Wes comes on to talk about how this whole thing started for him and getting cast on Jillian’s season (6:24), did he really go on the show with a girlfriend (7:55), did he see where his villain edit was going while filming (15:30), the post show treatment by fans (22:09), going on “Bachelor Pad” (29:25), best memories from “Bachelor Pad” (32:30), his life since the show has ended and the highs and lows he’s had (41:02), and his current construction business (55:29).

The “Bachelorette” Hannah – Episode 1 Recap, What’s the Latest, Reporting on Hannah’s Guys This Season, and Episode #19 of the “He Said, She Said” Podcast with Ashley Spivey
Podcast #131 – Interview with Dr. Jonathan Treece aka “Ticklemonster” & “Survivor’s” Stephen Fishbach, & Return of “Dr. Reality Steve”
To Top