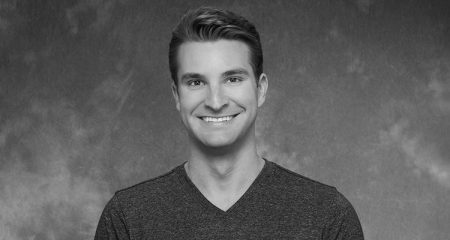 Doubling up again this week with your podcast guests as Dr. Jonathan Treece aka the “Ticklemonster” as seen on Rachel’s season and BIP season 4. Then we bring on our resident “Survivor” expert Stephen Fishbach to discuss the controversial ending to “Edge of Extinction.” Haven’t talked “Survivor” all season long, so wanted to get the thoughts of someone who’s about as dialed in as anyone in this franchise. I have some thoughts on how I would’ve voted, and Stephen is always great when it comes to breaking down a season. No one does it better. Jonathan of course was known for his tickling, and we discuss that. Do patients still refer to him as that? And how did he feel on Rachel’s season? Was their connection more than what was shown? We talk about that and a lot more. As always, if you want to respond to the interviews, please include Jonathan and Stephen’s Twitter handles (@drticklemonster & @stephenfishbach) in your replies. A lot of good stuff this week, and hopefully got some more coming in future weeks of the podcast. Hopefully gonna have someone on in the next couple weeks that I haven’t had on yet. Enjoy…

Jonathan joins me to talk about his time on Rachel’s season of the “Bachelorette,” then appearing on “Bachelor in Paradise 4.” How did he come up with the tickle entrance? Does he regret it? Do people still call him that? Did he feel like he could’ve lasted with Rachel? What made it him go on “Paradise?” All that and much more with Jonathan. Then Stephen Fishbach joins us to talk Survivor: Edge of Extinction. If you somehow haven’t watched the finale just yet, we discuss the ending, plus touch on seasons 39 and 40 briefly that are upcoming.

Well, we got at least 2 this week. I guess that’s better than nothing. The return of “Dr. Reality Steve.” Get your emails in for all future columns.

I’m not sure where to even begin, so bear with me. I’m 24 and my last relationship was almost 4 years long. It’s been 2 years since then and I’m finally settled into the city I’ve been wanting to move to, so I’m definitely at a place in my life where I feel ready for a relationship again. I told myself I would never use dating apps, but I caved in. I went on dates with about 7 or 8 different people over the past couple months that were either just okay or terrible. Finally met one that was absolutely amazing. For about a month, we were hanging out about 3-4 times a week. Chemistry is great, but we’ve only slept together twice, so he clearly gives no signs that he’s just looking for someone to hook up with. Plus, we’ve been hanging out so much that neither of us even have time to date other people, so I think it is fair for me to assume he was looking for a relationship. So here’s where things get messy…

Last weekend, he texted me that he really likes me but isn’t looking for anything serious. Due to me having a family member in town and being in an area without much cell coverage, I basically freaked out for over an hour until I could call him. He opened up about how he is really depressed about his living and work situation and has been thinking about moving back home (which is on the other side of the country.) He moved here for his last relationship, which lasted over 6 years. He does still live with her solely for financial reasons, but they’ve been broken up for about a year and he currently has a friend living in his room. He and his friend are trying to move out as soon as they find something affordable. I truly have no concerns about him still living with his ex, but since it’s been a year since his breakup and everything between us has been going great, I don’t understand why all of a sudden he’s pulling this “I don’t want anything serious” shit. He keeps reassuring me that he’s just really confused about everything going on in his life, but that I make him happy. I told him that if he just doesn’t think we are compatible, there’s nothing I can do about that. But if he needs space and just isn’t ready for a label, I can wait. However, he doesn’t want space either. He wants to continue hanging out multiple times a week. So I’m just so confused. Why is he so scared of commitment? What’s the difference between a “serious relationship” vs. what we are already doing? Neither of us intend to date other people and we spend a lot of time together. Is this something I should give him time for or do you think I’m just wasting my time? I don’t want to say anything that’ll push him away, because I told him I’d give him time to figure it out, but I’m also so confused.

There’s so much more I want to say but maybe I’ll wait for a follow up email. I really like him and haven’t felt this way about anyone in such a long time, but I’m trying not to rush things and scare him away. I just thought we were on the same page this whole time.

Comment: I know you said you aren’t worried about the ex but, it’d be naive to think absolutely nothing is going on. I’m not saying something is, but to dismiss it immediately just because you don’t think he is probably isn’t smart. Living with an ex he was with for 6 years? I mean, I guess it could be for financial reasons, but that seems like a weak excuse. Just be careful with that.

But if you’re fine with that, lets get to the other point. Why isn’t he committing? It’s the million dollar question. I can’t answer that for him. Sounds like he wants to have his cake and eat it too. “I don’t want anything serious,” to me, means he wants to have the ability to see other people without you technically being able to get mad since you’re not in an exclusive relationship with him. He’s doing just enough to keep you around and in his life. Of course he wants to keep hanging with you, because there’s no serious commitment. That can’t last. Maybe for the short term you can deal with it, but this will wear on you. So maybe you nip it in the bud now before it gets worse. You want more. He doesn’t. That’s a problem. I would just talk to him, tell him how you feel, and don’t give an ultimatum, but let him know you aren’t thrilled with the current situation. I know it’ll be tough, but trust me, if he drags this out of continuing to see you as much as he can without a commitment, you’ll begin to resent him.
________________________________

So, I have recently split from my significant other after a long-term relationship that included children. The reason for the split was that we had grown apart and I initiated the split. A few months after the split, someone who I have regularly contact with (both before and after the split) – my personal trainer seemed to start flirting with me. This has been going on for a few months now, but neither of us have made any type of move, other than obvious flirting with one another. We are usually alone when we train, but when we are around other people, I have been told that it seems our relationship is more than a trainer/client. He has attended an event with me and he will be traveling on an international trip with me in a few months. We do sometimes text outside of discussing fitness, but nothing has been overtly inappropriate (but have been flirty sometimes). I know this sounds like a strange relationship, but this is what it is. I am not sure where to take this next – should I continue with the flirting and see where things go or make a move? I am unsure as I have been out of the dating pool for a long time. I also wonder if he is resistant due to the way our relationship started (and continues to be). I am pretty sure feelings are mutual at this point, but not 100%. Looking for the male opinion here. Let me know if you need more information.

Comment: I’d say an international trip with him is your perfect chance to see if there’s anything more there. People seem to feel when they’re out of their comfort zone, that’s when they can “let loose” a bit. If nothing happens on an international trip together, then it probably is just a trainer/client relationship. Absolutely continue flirting with him. If he’s reciprocating, there’s nothing wrong with that at all. Then on the trip, maybe amp it up a little bit and trust me, you’ll be able to tell if he’s into more than flirting. This is a nor-brainer. Go after it. If something doesn’t happen on that trip, then it’s probably just a friendship. But I think you’ll know for sure after that trip. Good luck.
________________________________