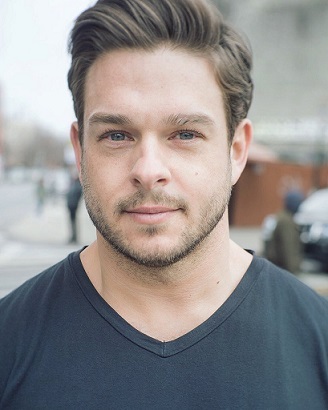 Interesting week to say the least after yesterday’s post from Joey Jones’ exes. Since yesterday, I’ve been told yet another woman has come forward and contacted Ashley and Melanie and kinda threw her hat into the ring saying she had been with Joey during overlapping time periods with them as well. So there’s that. It sucks, but usually that’s kinda what happens with these things and one of the reasons I gave Ashley and Melanie the platform. Usually once one person has the courage to come forward, others follow. And I as I said, that won’t be the last story you hear about from an ex this season. Stay tuned. Anyway, today’s podcast is with Michael Garofola, someone who is a triple crown threat from this franchise meaning he’s been on the “Bachelorette,” has done Paradise, and also did Winter Games. It’s been over a year since Michael’s been on, so I wanted to bring him aboard to talk about some of the hot button issues on Hannah’s season. Namely how manipulative editing can be, Cam’s role on the show, Luke P., and the awkwardness of the Tyler G. exit. There will be some spoilers discussed on this podcast, so you’ve been warned. As always, if you’d like to reply to the interview, please include Michael’s Twitter handle (@MichaelGarofola) in your replies. Always a great chat with him since he can speak from experience having been through the ringer when it comes to this show. Enjoy…

(SPOILERS) The show starts with a little talk about Joey Jones’ exes whose stories were posted yesterday on the site. Then Michael joins me to talk about if he sees the difference in editing between the three main “Bachelor” produced shows (6:48), having friendships with producers (8:30), Cam’s role on Hannah’s season (13:02), the idea of interrupting during a date – why people do it and why the lead lets it happen (17:35), we then get into talking about Luke P. where spoilers are discussed (26:14), then we end with the Tyler G. situation, how it was handled, any legal ramifications it could potentially have (37:38).