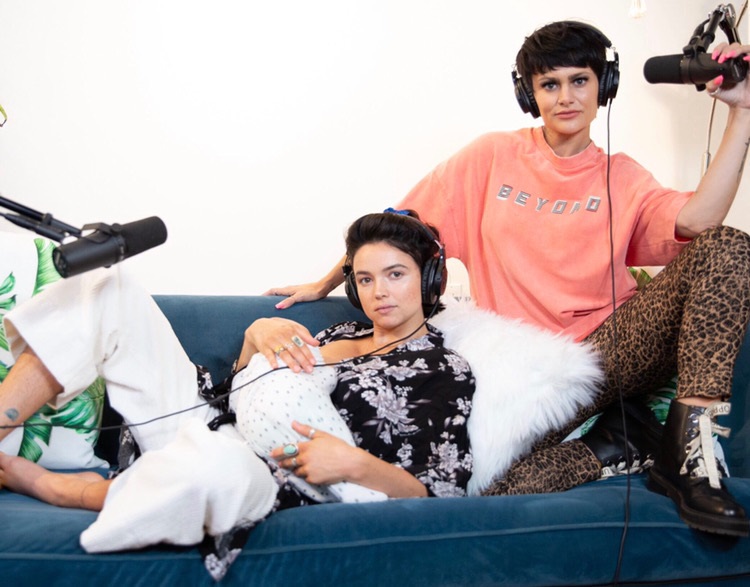 Been a while since I had Bekah Martinez on the podcast. Last time she was on, she hadn’t even had her daughter Ruth yet. Now Ruth just turned 1 and Bekah is pregnant with baby #2, so I figured lets have her and her podcast co-host Jess Ambrose of the “Chatty Broads” on to talk a little “Bachelor.” Both women have some strong opinions on Peter’s women and his season and we also discuss some “Bachelorette” candidates moving forward. Also, you’ll hear me towards the end of the podcast fill them in on “Bachelor: Listen To Your Heart,” which they weren’t all that familiar with. Little did I know, the finale filmed last night in Nashville, I was made aware of them late last night, so I threw them in there BEFORE you hear from Bekah and Jess, just so you’re not confused why I didn’t bring the spoilers up to them. Those spoilers are also below if you want to know what happens, who won, and who to pay attention to this season. As always, if you want to respond to the interview, please include their Twitter handle (@chattybroads) in your replies. Spoilers will be discussed on this podcast, so you’ve been warned. Thanks again to both Bekah and Jess for coming on. Will definitely have them on again in the future. Enjoy…

(SPOILERS) I start by talking about what an awesome “Survivor: Winners at War” premiere we had last night, then talk “Bachelor” with Victoria F.’s storyline coming Monday (4:49), how I think the “Women Tell All” taping will play out when it comes to Victoria F. (8:39), a “Reader Emails” confusion I may have caused (11:10), and I give you the finale spoilers for “Bachelor: Listen To Your Heart” which premieres April 13th (15:02). Then the “Chatty Broads” – Bekah Martinez and Jess Ambrose – join me as we discuss Peter’s season from the catty women, to Peter’s decision making, to overnight dates, to possible “Bachelorette” candidates, and more (19:26).

Third Love – ThirdLove.com/STEVE for 15% off your first order

In case you have missed it, the “Bachelor” is adding a spin off show to their lineup that begins on April 13th, and it’s called “Bachelor: Listen To Your Heart.” 20 people move into a mansion in LA (a different one, not the one used for Bachelor/ette), Chris Harrison is the host, all the dates are musically themed, and all the contestants are in the music industry somehow. We haven’t been told how vote offs work, whether it’s rose ceremonies, or you vote in a box like “Bachelor Pad,” but I’m sure I’ll know soon. This show is under the “Bachelor” umbrella, which is why it has “Bachelor” in the title, Chris Harrison is hosting, and it’s the same producers that do the “Bachelor.” Get used to it because they are gonna promote the hell out of this thing in the coming weeks, it premieres April 13th on ABC, and will air every Monday right up until “Bachelorette” begins airing in May. Will it get the same size audience as the “Bachelor?” Of course not. “Bachelor” has been around 17 years and 39 seasons. This is its first season. However, because it’s a “Bachelor” show now under their umbrella, these contestants are now part of Bachelor Nation, thus meaning a few them I guarantee you will be on “Summer Games” and “Bachelor in Paradise” this summer. So when those shows roll around and you see some cast members you’ve never heard of before, just know they came from this show. Anyway, they taped their finale last night and here’s what happened.

-It was filmed in front of an audience in Nashville, TN at The Country Music Hall of Fame in the CMA Theater.

(FINALE SPOILER): Prob not the finale spoilers you were looking for, but finale to “Bachelor: Listen to Your Heart” was filmed tonight in Nashville, TN at the Country Music Hall of Fame. The final 2 couples were: Trevor and Jamie & Chris and Bri.Trevor Holmes (IG: trevorholmes86) https://t.co/Qlm6BGA57e

-Jamie and Trevor sang an original song and “Speechless” by Dan and Shay. Bri and Chris sang “Give Me Love” by Ed Sheeran and “To Make You Feel My Love” – the Adele version.

-The final two couples were judged by a panel of 5 judges. Of course there was gonna be a “Bachelor” tie in, as two of the judges were Kaitlyn Bristowe and Jason Tartick. The other three were: Taye Diggs, Jewel, and Rita Wilson.

-After they sang the judges went to deliberate then came back and announced that Bri and Chris were the winners. Bri and Chris won the opportunity to write and record some original music and make at least one music video. Also, Chris and Bri will be leaving on a tour right after the finale airs.

-Chris and Bri told each other that they loved each other before their final performance on camera and Chris Harrison said that they were the first couple to do so.

-Trevor and Jamie was introduced as a couple. Kaitlyn asked Jamie and Trevor if they were in love and Trevor replied that they were falling in love and they plan to continue seeing each other after the show. One of the judges asked them if they fell in love because of the show or if they fell in love because of the bond they have with music. Basically, would they have become a couple if the show never existed, and they both answered with they never met someone who just gets them like each other do.

-The one person in this cast that I’d heard about the most once the cast was out was Trevor. First off, he was on “American Idol” a few years ago when he had a girlfriend, and Katy Perry was openly flirting with him. Remember, he brought his girlfriend into the room on auditions, and they she was in the audience during Hollywood Week and they still made a storyline about how Katy was flirting with him, etc? Yeah, that’s him. Anyway, everything I’ve gotten about him after this cast was announced were women coming forward talking about what a dog he is. And just after tweeting last night, 4 more women emailed to tell me what a f**k boy he is. So Jamie has no idea what she’s in for once this is all said done. He will leave her in a heartbeat when this is over. I’m in double digits now of women who’ve contacted me telling me about this guy and his playboy ways. Good luck, Jamie.