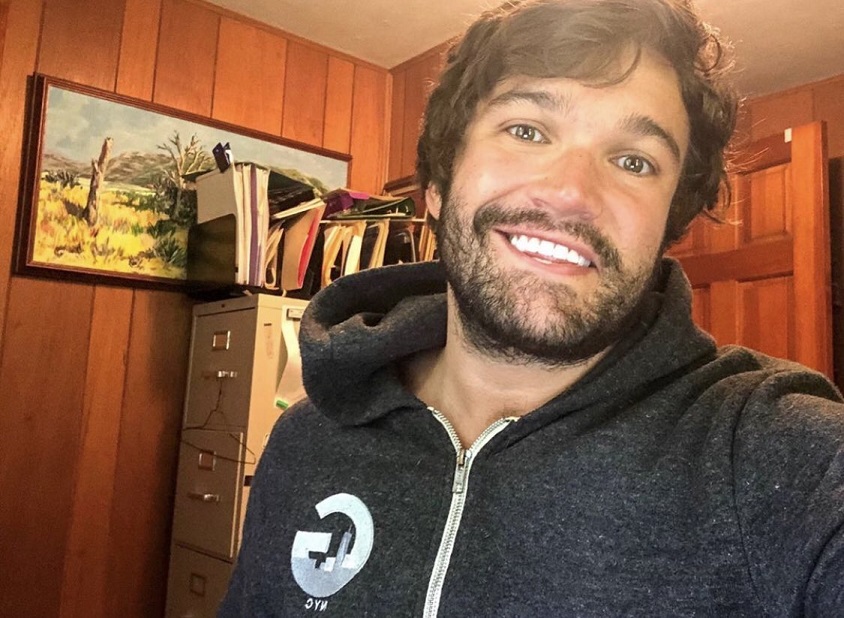 Another fun time with Bachelor Super Fan Brett Vergara on today’s podcast and, batten down the hatches, because holy f**k, did I actually write 4 paragraphs today as well? Yes. Yes, I did. This is the first column I’ve written in almost two months. It’s also basically what I say in the first 10 minutes of today’s podcast, but I figured you should have it in written form today as well. So please, take the time to read below an update on Clare’s filming, on the guys, testing for COVID, and a request I have of all you readers. It’s not asking much, but I’d really appreciate it if you all could oblige. I’m sure a lot of you have seen or heard of the @Bachdiversity IG account and petition along with it holding ABC responsible for making changes to the show. I know I signed it the day they launched and I hope a lot of you did too. Brett is part of that campaign and we spend a good amount of time talking about it today on the podcast and what their goal is. A very good listen that I hope you enjoy. As always, if you’d like to respond to the interview, please include Brett’s Twitter handle (@BrettSVergara) in your replies. Thanks again to Brett for coming on for a second time. Always a smart and informative guest who will no doubt be on again in the future.

I begin by talking about the latest in Clare’s season that I’d tweeted about yesterday, give details on location, update on some guys, and what I’d like not to be asked early on.  Then Brett joins me (10:23) to talk about the “Greatest Seasons Ever” of the “Bachelor/ette” on Monday nights, and also about his involvement with the @BachDiversity IG account, which has garnered close to 140,000 signatures since it’s launch a month ago.

To give a little update from yesterday, in case you missed my tweets, here’s what I posted:

(SPOILER UPDATE): Right area, wrong resort. Clare and her guys will be filming her season exclusively at the La Quinta Resort & Club (@LaQuintaResort) in La Quinta, CA, not the Ritz Carlton Rancho Mirage in Palm Springs. The guys are arriving today.

You guys, this is not the La Quinta that you see on the side of the road you can book for $50 a night. This is one of the top resorts out in the desert thats held numerous golf tournaments and is the hot spot during Coachella week. pic.twitter.com/3g6hHhJLFV

Some guys arrived yesterday, some guys are arriving today. They will be tested immediately (along with Clare and crew), then quarantine begins for what I’ve heard is one week. So we’re still at least 7 days away from filming beginning. At that point from what I’m being told, everybody on set will be tested either every other day or every third day through the duration of filming. This is one of the first TV shows starting back up in all of Hollywood, so I give them credit for taking as much precaution as possible. CA we know is a hot spot state right now setting daily positive COVID records. They are going to do everything they can to assure the safety of everyone involved. Doesn’t guarantee 100% that everything will go smoothly, but they are minimizing as much risk as possible. Yes, if there’s an outbreak on set, then production will no doubt be shut down.

Remember, just because guys arrived yesterday and today, still doesn’t guarantee they’ll be on the show, and that’s for 2 reasons:

1) they could test positive for COVID
2) they could be there as a backup, even though they aren’t told they are a back up.

I’m hearing this season they have way more guys flown out there than will eventually end up on the show, and that’s to have other guys ready to go if any test positive for COVID upon arrival. But in typical Bachelor fashion, it’s not like they’re telling any of the “extra” guys they flew out that they’re basically just a standby person. And why would they really? Because if you’re a guy who thinks you’ve been cast, but you were told, “yeah, you’re just a backup. We’re only gonna need you if there’s a problem,” would you get on a plane and go? Probably not. But that’s how they roll. So plenty of guys there right now are never gonna make it on the show and they have no clue they never had a chance.

Also in regards to the guys, we know that 32 men were announced for Clare’s season back in March before filming. Those 32 will not be her cast. I know of at least 9 of those 32 right now that, for one reason or another, won’t be in her final cast. Some of them I know the reason why they won’t be on, and some I don’t. But those are irrelevant. If they’re not on, I’m not gonna kill myself trying to find out why because, well, they’re not part of the show. I’m much more interested in who the “new” guys who got cast are because, again, they’re actually ON the show. Right now, I know of about 7 that I was told will be on – all of which are 30 or over, so they definitely recast more age appropriate for Clare. Remember, only 9 of her original 32 were 30 or older.

Per usual, I would think once they finalize which guys will be on Clare’s season, they’ll release the guys within the next week or so after quarantine is over. And I’m saying that just based on how they’ve done it the last 5 seasons. We’ve been getting the cast on ABC.com about 2-3 days before filming began, just like back in March before Clare was supposed to begin her season. So once that final cast list is out, we’ll be able to compare and contrast the 32 who were released back in March with the new cast, and it’ll be easy to see who didn’t make it and who the new guys are. Later today, I’ll probably tweet out the guys from the original cast that I know aren’t gonna be on this season. Doesn’t mean I have all of them. Just gonna give you the ones I know at this point didn’t arrive in CA yesterday or are supposed to arrive today. All I ask is that you don’t ask “Why isn’t he on anymore?” It doesn’t matter why they aren’t. Only one guy will matter why he isn’t, and if he somehow ends up showing up, I’ll reveal his story. But I really don’t think he will. He’d be a moron to at this point since he knows there’s some not-so-flattering dirt out there about him and told others he’s not doing it anymore. And remember, social media activity is not 100% indicative of whether or not they’re on the show. We’ve seen this time and time again over the years, so don’t be fooled.

In addition, stick around on Twitter later today as I’ll also be posting about a podcast that I’ll be on coming up that I KNOW a lot of you will be interested in. Going to be interesting, that’s for sure…