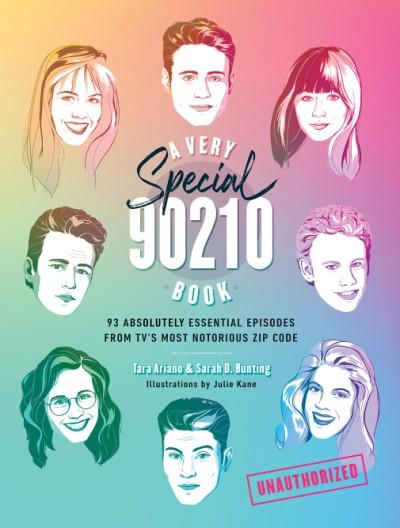 Kind of a lot to unpack today so lets get right to it. A couple of my favorite women to talk to about one of my favorite shows of all time “Beverly Hills 90210.” Tara Ariano and Sarah D. Bunting of the “Again With This” podcast join me today to go over the book they’ve recently written, A Very Special 90210 Book: 93 Absolutely Essential Episodes From TV’s Most Notorious Zip Code, which is a must read for any die hard 90210 fan. This is your encyclopedia on the show and it’s most proud moments (even though we can pretend seasons 8-10 never happened. The book kinda does too). A fun discussion on all things 90210 this week as it always is with them. 90210 fans will absolutely love this. In addition, I have the spoilers on tonight’s episode of the “Bachelorette” which, lets face it, you can’t miss. I’ve wrote about them below, I go over them in the first 15 minutes of my podcast, they are on my IG feed, AND they’re on my IG stories today. So if you want to know about tonight’s episode, that’s four outlets of mine you can find them on. As always, if you’d like to respond to the interview, please include their Twitter handle (@awt90210) in your replies. Thanks so much to Tara and Sarah for coming on. Buy their book online if you’re a 90210 fan. You won’t be disappointed.

(SPOILERS) I begin by discussing tonight’s spoilers for episode #4 of the “Bachelorette” and go over yesterday’s spoilers on Tayshia’s finale. Then Tara and Sarah join me (14:08) to discuss their new book, how it came to be, how long it took them to write, their favorite episodes, a high school vs college debate, the challenges they faced if any, why am I paying my niece to watch the show & much, much more.

As for tonight’s episode #4, this is the one that you all have been waiting for. Well, at least the ones that hate this season and want to see Clare gone. Even though a majority of the episode surrounds the Clare and Dale stuff, we do get our first scenes with Tayshia. So here’s the breakdown of tonight:

-Clare has the conversation with Chris Harrison we’ve seen them tease all season long. The “you’ve just blown up the Bachelorette” one. Basically Chris tells her the show can’t continue like this because it doesn’t end well for anyone, the guys can see what’s going on, and asks her what she wants to do. She says she wants more time with Dale. So Chris goes and tells all the remaining guys there will be no cocktail party and no rose ceremony that night, and pulls Dale aside to speak to him privately. Dale says his feelings are strong for her too and he’s excited to spend more time with her.

-An interesting note from this conversation is that Clare reveals to Chris that on Mother’s Day during quarantine, she watched Dale give a tribute to his mom on an IG story, and it really resonated with her. He also talked in his past IG stories during quarantine that Clare watched about a sister he has in a care facility, and since her mom is in a care facility, she says she always felt she could relate to him.

-So Chris gives them a 1-on-1 date where they have dinner then Chris and Bri, the winners of “Listen To Your Heart” perform, and Clare and Dale spend the night together. This is where the clip they’ve shown all season in the previews of Dale and Clare in bed together the next morning comes from.

-Next morning, Chris Harrison comes and talks to Clare, she says they’re in love with each other, and that they want to be together. Clare then talks to all the remaining guys herself, says she found what she was looking for with Dale, they’re great, she doesn’t want to lead any of them on, etc.

The guys say they understand, they thank her for telling them, etc. Kenny is the only one who brings up an issue and that’s where Clare’s line of “I will never apologize for love” that we’ve seen happens.

-Chris talks to both Clare and Dale again. Clare says she feels ready for a proposal, and Chris asks Dale about how he’s feeling and now that he’s done all the steps, the only thing left to do is get engaged. They get Dale a ring, and later that night, he proposes to Clare.

-Chris then speaks to the 16 remaining guys and says their journey is not over, but, they have all day to decide whether or not they want to show up to the cocktail party that night. He doesn’t specifically tell them there’s another Bachelorette coming in or if maybe it’s a Paradise situation, which I found completely odd since he just tells them they need to decide whether they want to stay or go. Kinda hard to make a decision based on…nothing?

-Of course all the guys show up for the cocktail party not knowing who is showing up or what’s about to happen.

Chris Harrison goes outside where he greets Tayshia who comes out of the limo as the new “Bachelorette.”

Chris and Tayshia talk for a bit and the episode ends with Tayshia set to walk in and the meet the remaining 16 men.

-Which means that the four guys who never met Clare and were brought in just for Tayshia – Montel Hill, Noah Erb, Peter Giannikopoulos, and Spencer Robertson – won’t be brought on until next episode and join the rest of the guys.