Hey guess what? Victoria bullied some more last night and went home. I want to address something of hers from social media last week. So we know she got to go on GMA last Tuesday and basically said everyone there knew her heart, knew she was kidding, blah blah blah. Then she took to her IG story to post this apology shortly thereafter when no one was buying what she was selling: 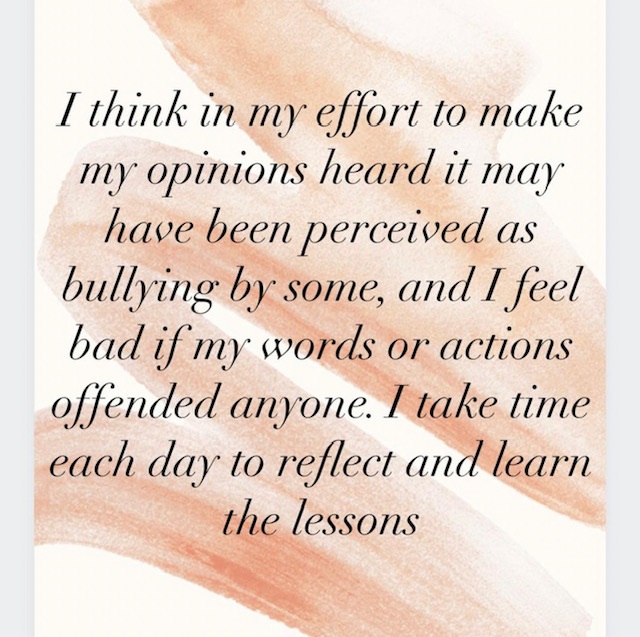 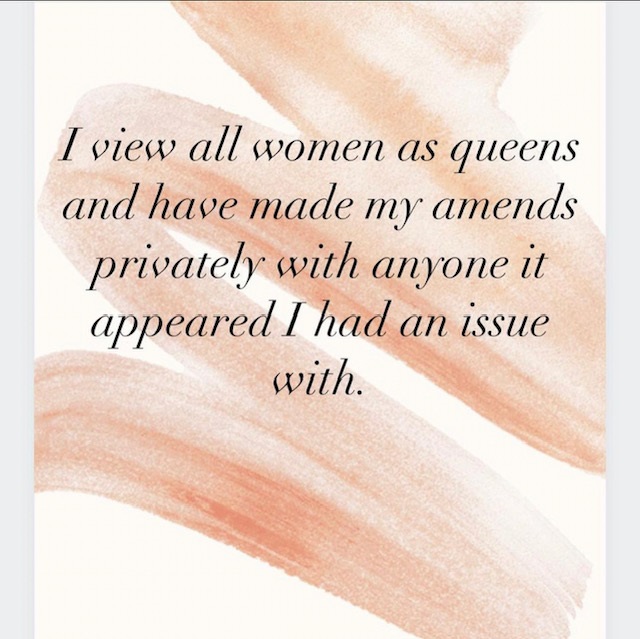 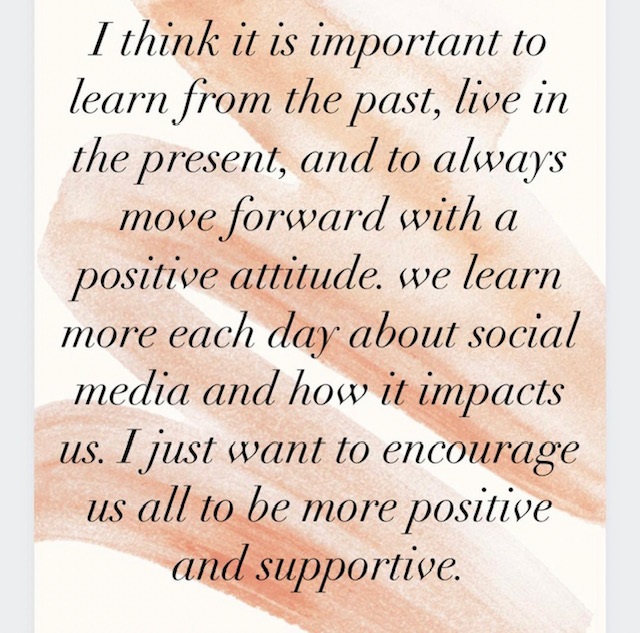 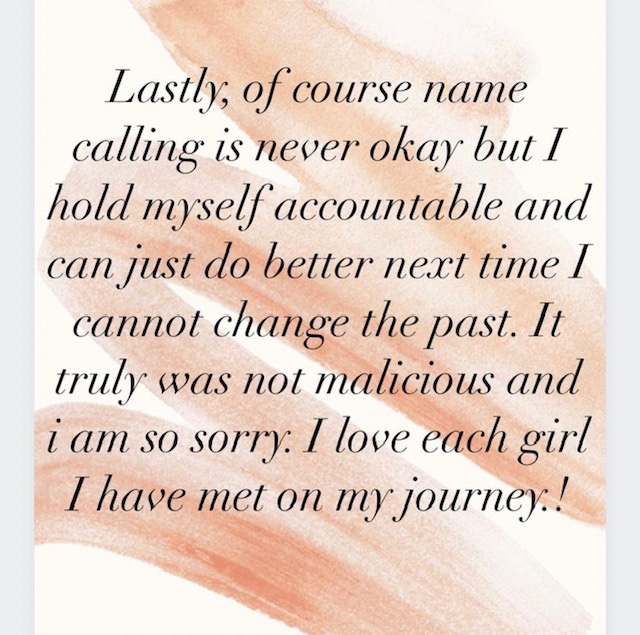 I could literally go screen by screen and eviscerate that apology, but there’s no need to. You seemingly all have two eyes and can read. That’s not an apology whatsoever and nothing but a string of excuses. Then two things happened:

That’s where Victoria is losing people. She apologizes, or what she thinks is an apology, then takes it down. Then reposts someone praising her for being great TV. So which is it? Are you sorry/embarrassed for how you acted, all the women know your true heart, none of the women have a problem with you, and everything is good? Or are you more interested in how many fans/websites are talking about you? It’s kinda ridiculous and thank god she’s gone now. Lets hope if she is at the WTA, she does a complete 180. That’s her only play at this point. And something tells me she absolutely won’t.

Most people are under the assumption that the next “Bachelorette” will come from Matt’s group of women. Well, we don’t necessarily know that for sure. What we do know is that it will be someone from the franchise, per Robert Mills. However, and I did this last season I believe, but I just wanted to give a refresher course on possible “Bachelorette” choices, by looking at the top 4 finishers in the last 5 “Bachelor” seasons and what their current relationship status is. I say that because, as we know, of the 17 “Bachelorettes” we’ve had, only ONE finished outside the top 4 of their season, and that was Hannah Brown. Doesn’t mean it couldn’t happen again, but the odds seem to be unlikely. So lets go over the last 5 “Bachelor” seasons top 4 women and look at if they’re even available to be the “Bachelorette”:

So that’s 20 women, and only 8 of them are even single. And lets face it, Victoria F., Kelsey, and Becca (because she said she wouldn’t), Corrine and probably Cassie, are not going to be the “Bachelorette” for obvious reasons. Hell, even if you wanna take it back 6 seasons, no one’s available.

I only bring these seasons up because lets face it, I highly doubt they’re gonna announced the “Bachelorette” and it’s gonna be someone from 7 years ago or further. Just not gonna happen. So if they ARE going to choose someone from a past season, and they keep with their tradition that it’s someone who finished in the top 4, that literally leaves only Hannah Ann, Kendall or Tia as viable options. I’m not saying one of them is gonna be the “Bachelorette.” I don’t even know if any of them has been approached about it for next season. We know last season came down to Clare, Tayshia, and Tia. And they took 2 of them. Does that mean Tia is a possibility again this season? I don’t know. But I’m just trying to look at this whole thing practically, and if it’s not someone from this season, then those are really the only three options I even see as possibilities. I haven’t heard anything of who they’ve even talked to this season, so your guess is as good as mine. If I hear something, I’ll let you know.
Recap begins on Page 3…