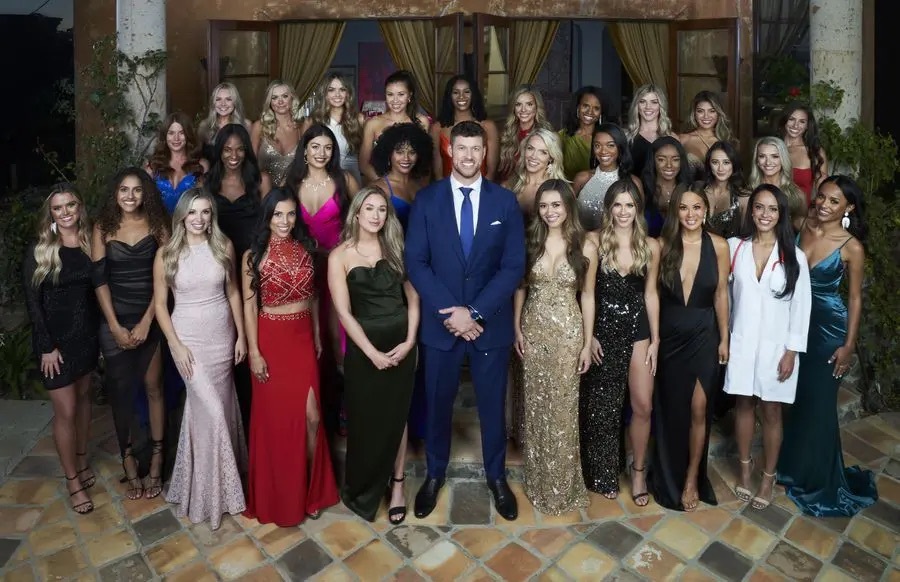 Very, very rarely is there a Friday column. In fact, I can’t remember the last one we had. But, when there’s spoilers to give, outside of posting on the weekend, I will do the occasional Monday or Friday column. The “Women Tell All” was taped on Wednesday in LA and there was a lot of expected drama, mostly surrounding Shanae. But definitely some things that were said and that happened that I think will raise some eyebrows. Things we hadn’t heard yet, accusations that were made, and one appearance that maybe was a little surprising. Definitely will be explosive, there was a lot of arguing, women were called out, there was advocating for mental health, and Clayton, well, Clayton had it pretty rough up there as well. The women vented their frustrations with him and he had to do a lot of apologizing on stage. Also a very curious comment by Jesse Palmer as well. So lets get to it:

-5 women were brought up into the hot seat: Teddi, Serene, Sarah, Shanae, and Salley. Salley came out last and was only brought up for her hot seat. She didn’t stay on stage with the women. She said that she didn’t have any regrets about going, she had a lot of emotions in the hotel, and also said she never applied while she was engaged. Someone nominated her. No mention of whether or not she immediately got back with her ex-husband when she returned home, which he seemed to insinuate on social media back in September. That wasn’t brought up. CORRECTION: As many of you reminded me, Salley was never married. She broke off her engagement and while she was quarantining for Clayton’s season was her original wedding day. So not divorced and not ex-fiance. Totally blanked on that one. Thank you for letting me know.

-Teddi and Serene’s hot seat time went as you would expect. There was nothing major that happened with them. Recapped their time, talk about their relationship with Clayton and no real fireworks.

-Shanae was a different story. Shanae basically said she didn’t even want to be there but “had” to be, which I’m assuming insinuates that producers made her go. Shanae never apologized for anything she did. During her hot seat, they brought Genevieve on stage to sit next to her and she asked her why she called her an actress. Shanae then threw out the accusation that Genevieve f**ked “Matt the Bartender” and Aaron Clancy. Matt was I guess a bartender in Toronto. And Aaron did appear once in an IG story of Genevieve’s, but there was nothing to back she’d slept with either of them. Just Shanae accusing her of it.

They also showed a video to everyone of all the stuff Shanae said about the women and it was unedited. Of course, when it airs on TV it will be bleeped out for us. But it wasn’t for them, and Shanae called Elizabeth CU Next Tuesday, and a bunch more bitches and hoe’s comments. All in all, the Shanae hot seat time will be what most people will be talking about. A lot of arguing, some women told her to f**k off, and nothing got resolved. She didn’t apologize, none of the women like her, and that’s that.

-On Sarah’s hot seat, Teddi called her out about lying about telling the girls how her and Clayton cried together. People were accusing Sarah of having “training” before the show because she knew so many ex Bachelor contestants. Some women defended Sarah’s tears that Clayton said were fake and that he shouldn’t have said that to her. Sarah’s already taken to her IG after it was all over in case you missed it: 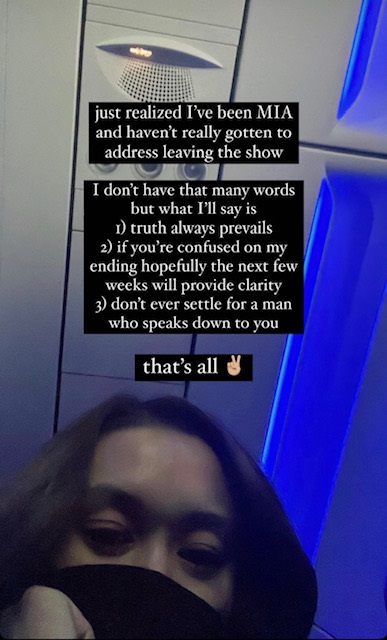 My favorite part of that post is the opening “just realized I’ve been MIA…” Uhhhhh, no you haven’t. In fact, it was killing you that you haven’t been able to post because, just like all the other women, you were quarantined from last weekend and didn’t have access to your phone. The audience is not dumb. Nor would any of us think you actually “just realized you were MIA.” How does anyone just all the sudden go, “Whoa, I’ve been MIA…”

Also with Sarah, she basically confronted Clayton with he had an entire day portion in Croatia with her where everything was great (which was never shown to us the audience), then at night he drops that bomb on her. Clayton said he still questioned what happened with them and he realizes he probably went about in the wrong way.

-Cassidy wasn’t on the hot seat, but the women did go after her for coming on to the show seemingly treating it like a game and had a whole plan and strategy and just wanted to play a role. Cassidy’s defense was she said she didn’t.

-When Clayton got on stage, he definitely took some from the women. For keeping Shanae around, for not listening to the warnings, etc. He said he regretted believing Shanae and apologized to everyone. Also apologized to Genevieve for speaking to her how he did on the 2-on-1 date accusing her of being an actress because she brought that up to him. By all accounts, Clayton had a rough time at this WTA, did a lot of apologizing, and was doing his best to try and mend fences with, well, everyone.

-The Jesse Palmer comment I referenced earlier was he said during the taping more than once, “I don’t know how the journey ends.” Well, if Jesse is the host of the show, and he was there in Iceland, and would seemingly be there the day of a final rose ceremony and he’s saying even he doesn’t know how the journey ends…? Well, certainly lends more credibility to Fleiss’ tweet from Monday and what I’d reported I’d heard last weekend which was there was no finality in Iceland. I guess we’ll see.

So those were the main things that happened at the WTA that I can report. Is it everything? No. Other spats and arguments I’m sure happened, but from what I gathered, those were the main points to talk from the taping. Definitely interesting to say the least.