Real interesting first couple of pages today before we get to your “Reader Emails.” I told you at the beginning of the season I had a couple stories on a few of Hannah’s guys this season. This is story #1. It’s about Joey Jones (no, not John Paul Jones), who was eliminated during the rose ceremony of Monday night’s episode. A lot of your response now might be, “Who?” And you’d be right. The guy got basically no air time in 3 episodes, so I don’t expect many of you to immediately know who I’m talking about. But this story first came to my attention 2 ½ months ago right after filming began and it was revealed Joey was a contestant on the show. Two of his exes, Ashley & Melanie, both reached out to me to tell me their stories. At the time, I told them lets see how this plays out and see how long he lasts before we dive into it. Joey was a non-factor this season. And in the past, it’s become a thing where I’ve heard plenty of negative stuff about contestants that don’t last long on the show and I’ve chosen not to share it. But this time was just a little different to me. I felt these women needed to share what happened with them because the amount of lies, BS, and player mentality that Joey showed these women is appalling – all while keeping both of them from each other. It’s all kinds of messed up if you ask me.

One insistence I had with both of these women is that they’d attach their name to it, I needed to see some proof, and that they provided pictures. With Ashley (whose account you will read first), she presented her story in a timeline fashion breaking everything down from the time they met, til the last communication they had, which was Feb. 23rd, roughly 3 weeks before he left for filming. Melanie’s account of what happened (Page 2), I just told her to write everything out, don’t hold anything back, and let people know how you feel. And she did just that. It’s long. But I feel she needed to include everything so everyone could gain a perspective on the lengths he went to to impress a girl, only to be playing her behind her back. Getting a couple paragraphs from both of these women I’m sure a lot of you would’ve blown off. “Pssshhh, get over it.” “You’re just jealous.” “Move on, woman.” Trust me, they already know what naysayers will say today. But they still wanted to speak because they felt it was important, and I agree. I wanted them to make it as detailed as possible so everyone had a clear picture of what went on here. I think they did just that.

So whether you like Joey or not. Whether you even care about Joey and who he is or not. I just ask you to read their accounts of their relationship with him, and then make a decision from there. Don’t dismiss it because you don’t even remember him from the show or care. That’s not the point. They have a story they wanted to share, and here are both of them unedited. This is Ashley’s account, followed by Melanie’s account on Page 2:

“Hey Steve, my name is Ashley ******** and here is a timeline of my relationship with Joey:

He had another (asian) girlfriend by the end of August but likes my photo on Hinge in October while still in a relationship. He tells me he misses me, loves me, wants to be with me–I fall for it. He cheats on her, breaks up with her, rekindles things with me: 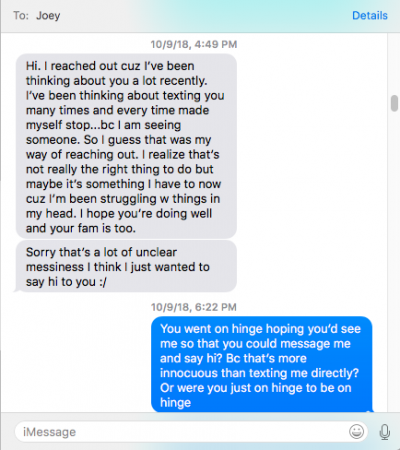 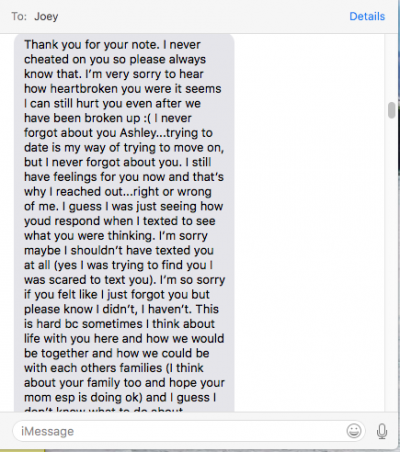 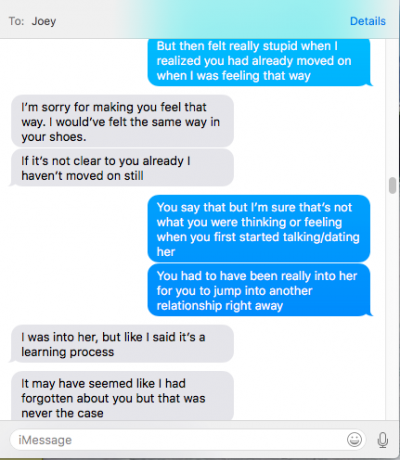 -Between Oct 2018-Feb 2019, he continually tells me that he loves me and “can’t live without me,” yet hesitates to make it official. One attached screenshot shows him putting a date on us becoming official, which was very strange. He said he wanted to take things slow because he wanted us to work towards marriage, and though I agreed that there was no rush, I got frustrated with him being active on dating apps. Now I know that he was avoiding a relationship title because he was waiting for updates on his candidacy for the show (and messing with other girls). He would also gaslight and tell me that he isnt sure if im happy and ready to be in a relationship, and essentially try to make it seem like it was my fault that he had hesitations to make things official

-He matches with a girl on Hinge (Melanie) on 12/10. He buys her plane tickets on 12/14 to fly her out to Maryland to spend the weekend with him from 12/20-12/23. He introduces her to all of his friends and tells her that she feels like his girlfriend, and makes future plans to hang out with her again. I was completely unaware of her existence until I came across her post on reddit after the new list of contestants for the bachelorette was released. I knew right away that her story was real.. all the details about him crying (he cried both times he ended things with me), and the things he would say to her in his texts about having “real” feelings for her were all too familiar. I had called him on 12/21 but he didn’t pick up (he told me he was mad at me because I had never responded to his last text, but the truth is that he didn’t pick up because he was with Melanie all weekend). He texted me two days later on 12/23, the day she had left, and he invited me to spend both Christmas Eve and Christmas day with him and his family. He literally spent the entire weekend wining and dining this other girl, feeds her bullshit about wanting something serious with her, then immediately spends the next two days back to back with me and feeds me bs about how he is so in love with me. Scum. Again, I had no idea about Melanie until March when the guys were released by ABC or I would’ve never been back with him. 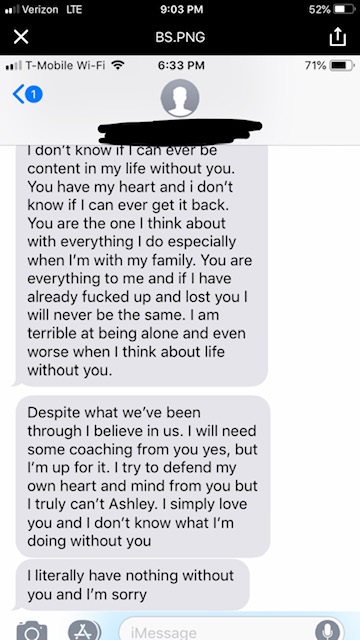 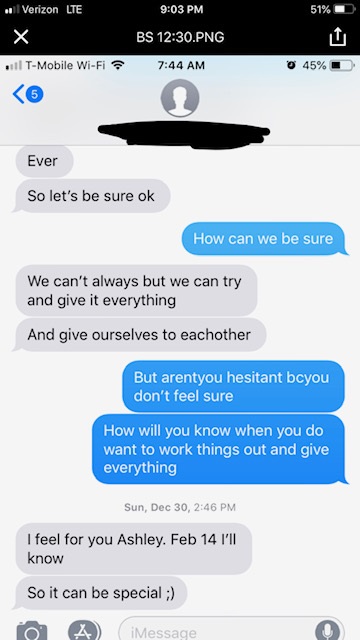 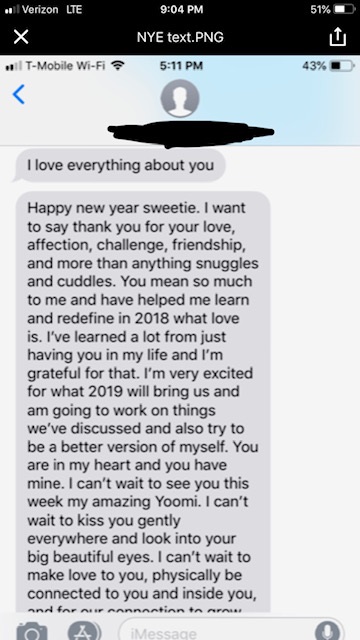 -Joey leaves for a trip to Sydney, and the night before he is supposed to return, he tells me that he has to go to LA last minute for work on 1/29. I pick him up from the airport after his trip and he still acts like he is very much in love with me (screenshot attached). I now know that he had lied because he knew he was flying to LA for the final casting all along since it was planned in advance. I also just recently found out through the grapevine that he had told everyone in Sydney (back in January) that we were over and that he was going on the bachelorette— he was just leading me on the entire time because the producer told me that by December, he definitely knew he would be on the show. 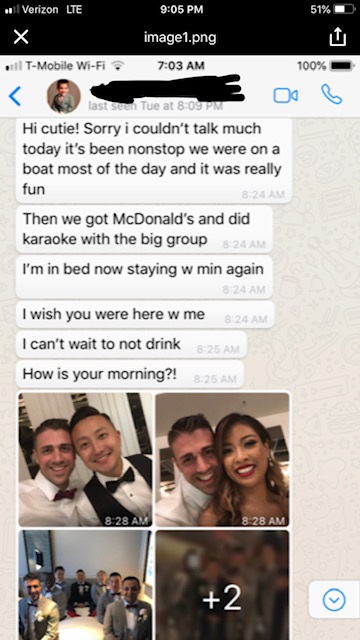 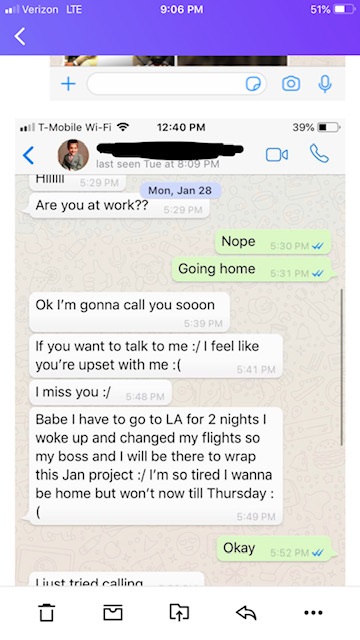 -2/14 – We spend Valentines day together and everything is normal..

-2/23 – He calls me and out of nowhere, tells me that he thinks I need to let him go. He says that he needs to work on himself. He sends me an email reiterating that he needs time to be alone and isn’t ready for a relationship. This is a screen shot of the email: 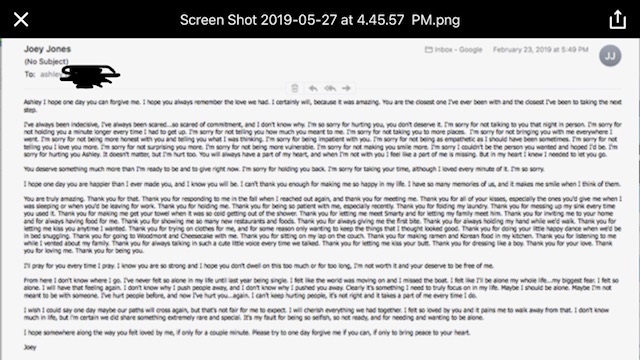 Remember, that email was sent to me on Feb. 23rd. The “Bachelorette” started filming, when? Mid March? So he knew he was going on the show at that point and still wrote me that? I’m disgusted reading that now.

-3/14 – I am stunned to find out that he is a contestant on the show. I never knew he had applied for the show, and it is obviously for all the wrong reasons. I also find out that he cheated on an ex gf with two other asian girls. He is egotistic and a clear narcissist. It’s during this time I became aware of Melanie through online posts, we shared stories, realized our timelines overlapped, and began to piece together how Joey played both of us. Melanie had gotten the number of a producer from someone who knew him, so we contacted him, shared our stories together, and he wanted us to confront Joey in person when they got to Rhode Island and make a big storyline out of it. Melanie didn’t want to do it, and Joey was eliminated in episode 3 before it could happen. I’m sure us not agreeing to come on the show played a role in his exit.

Joey is manipulative, dishonest, and a pathological liar. He isn’t just a guy who had a girlfriend before the show, or a guy who cheated on one girl. He has a history of cheating, and intentionally and methodically preys on women. He feeds lie after lie, playing a sensitive and emotional guy who wants something serious. He did this to me for the past year, while applying for this show and also messaging other girls behind my back. He always plays the nice guy, and all of his friends, colleagues, and family believe that he is a standup guy- yet he is far from that. He is a hypocrite that hates on his close friends and family who lie or cheat… even on the show, he tells Hannah that he is sorry for “what she just went through” when another contestant is caught having a girlfriend, but he is the worst of them all: he is deceitful, conniving, and playing everyone around him.”

Here are a couple pictures of us together that kinda make me sick now just looking at them: 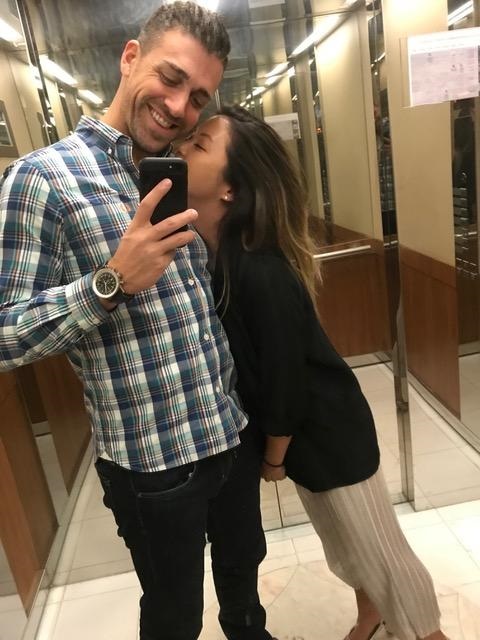 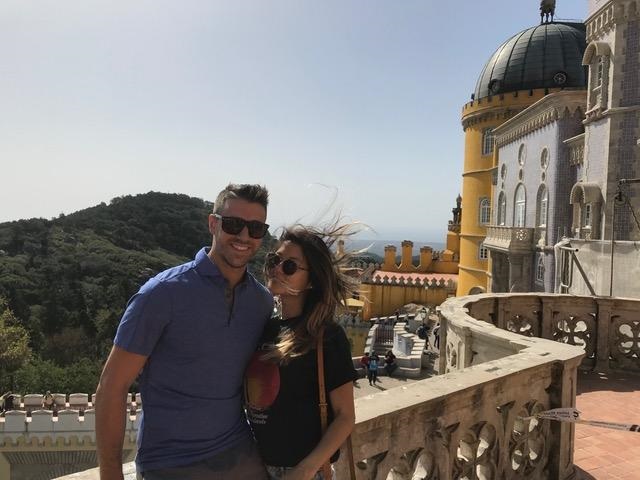 Melanie’s account of her relationship with Joey on Page 2…