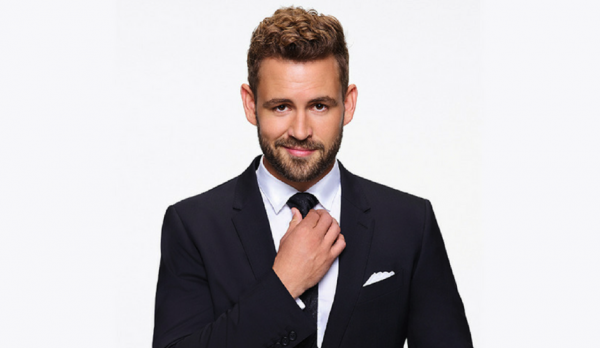 Back at it once again. It’s busy time. Yes, I’ll admit, I took a lot of time off in December and got lazy with the “Daily Links.” A lot of that had to do with the launch of the podcast since it took an awful lot of time to get set up. But I’ve been very happy with the results so far, as every episode has cracked the top 5 in iTunes “TV & Film” category on the day of release, so thank you to everyone who’s taken the time to listen. And if you’re just showing up here today for the first time since September, well, you have a lot of catching up to do. Speaking of that, A LOT of stuff to get to before we get to last night’s recap. This page is full of tid bits and info about the site, the show, the contestants, alums, etc. Recap will start on page 2, but there’s a lot of things on this page you might wanna pay attention to as there’s a lot of stuff going on. This first episode column is always filled with stuff every season because I know so many of you are just getting back into the swing of things and are back here for the first time in a while. You’ve missed a lot, so lets get you caught up on everything. Trust me, you’ll thank me later.

Lets first start off with the “Reality Steve Podcast” which launched on December 5th. I did 4 podcasts in the month of December, and the podcast will now replace the Thursday night video chats. No more of those. The podcasts are much easier and a lot more fun to do. Podcast #5 was posted yesterday, which are all the spoilers for this season. Sure, you can read the episode-by-episode spoilers, but now you get them in audio form for your listening pleasure on your way to work, stuck in traffic, in the gym, or even listening to my soothing DJ voice as you fall asleep. Whatever. Just give them all a listen, and if you could, please subscribe, rate and review in iTunes. That’s always helpful. Here’s yesterday’s podcast:

As I mentioned, the podcast will be released every Thursday during the season, right after I post my “Dr. Reality Steve” column. The weekly podcast will be a look back at the episode with a special guest, a reader email or two, hopefully a “Dr. Reality Steve” call, and any news and notes. The guest this week will be Juliet Litman from the “Ringer” and “Channel 33” podcasts. You’ve heard me on Juliet’s “Bachelor Party” podcast numerous times, so it was only fitting she’d be my first guest this season, so look for that come Thursday.

Get your “Reader Emails” and “Dr. Reality Steve” emails in to be seen in the next two days columns. Both are rather low right now. In addition, as I stated in podcast #5, I’d really like to have one “Dr. Reality Steve” call a week that’s actually part of the podcast. It’s sometimes much easier to answer those types of questions if it’s in a conversation type format, since I always have follow up questions I need to know/ask, and email makes it difficult. So if you have access to Skype, and if you’d like to be a part of the podcast, let me know and we can set that up. Those calls would have to be recorded on Tuesdays or Wednesdays. But if not and you just want to email your “Dr. Reality Steve” question in, that’s fine by me.

Our very own Nell Kalter is still here in 2017 (ok, it’s only been a week) recapping Vanderpump Rules for you. It’s still a sh** show, and yes, Stassi still hasn’t contacted me. Well, she did and then I haven’t heard from her since. Maybe now we should just go on each other’s podcasts. How’s that? Whatever the case, Nell has her finger on the pulse of “Vanderpump Rules” so go check out that recap.

ABC and ESPN have collaborated for the first time ever to create the Bachelor Fantasy League game that awards the winner round trip airfare & hotel to attend the live ATFR taping of the “Bachelorette” in August. They are really pushing this thing as all major media outlets have run with the story. Back in the day, ABC’s site used to have a contest every season and give out prizes, but this is being promoted much more heavily on entertainment sites and social media. However, before everyone starts getting excited about winning because they know the spoilers, you might wanna check out the Fantasy League rules page on their site. Here’s a snippet of what it says:

And then in regards to how they choose a winner, here’s the fine print…

So yeah, anybody that reads the spoilers already has 350 points (meaning 350 entries) into the final pool drawing. Do you know how many different people are going to have 350 entries? Thousands. Probably hundreds of thousands. And all the contest is doing is going to pick a winner from those entries. So no, it’s not “Whoever has the most points wins.” It’s everyone who gets questions/Final 4/Final 1 guesses right, gets points = entries, and get thrown into a giant bowl of entries. You could answer 1 of the final 4 correctly, get 50 points, and one of those 50 entries could be drawn randomly and you win. Obviously the more points/entries the better your odds are, but let’s dismiss this notion that most points wins. It doesn’t. You have about as much chance of winning as Corinne does of remaining celibate on BIP. So as I mentioned at the beginning of Podcast #4, you might wanna temper your expectations of winning based on knowing the spoilers. Tons of people know and they’re getting the exact same number of entries as you. I’m here to help. I’m just not capable of rigging any contests or giving you some sort of unfair advantage unfortunately.

For those that watched Kimmel’s “Here For the Right Reasons” show after the “Bachelor” aired, it had it’s moments. Of course, what Kimmel season opening show after the “Bachelor” wouldn’t be complete with him “guessing” the final 4 and who Nick chose. If you missed it, his final 4 were: Corinne, Rachel, Danielle L., and Vanessa with Vanessa winning. Ooooooohhhhhh, so close Jimmy. Way to throw Danielle in there over Raven to throw people off. I like Jimmy’s show. Probably the most improved late night host we’ve ever had. But that particular schtick is just old now.

Even though I was the first to break this news 3 weeks ago, and despite Amanda and Josh both subtly confirming on their IG video stories they were done, Amanda officially gave her first statement regarding her breakup with Josh. You know my feelings on these two. It was brought up in my column, and was a focal point of both podcasts #3 and #4. It was never a matter of if with these two, but a matter of when. And “when” ended up being 6 months. I don’t think anyone is surprised by this breakup in the least bit, and if you are, you should get your head checked.

My good friend Amy Vanderoef had me in for her bi-annual spoilers session, which you can view on AmyVanderoef.com, or check out the video right here:

Nick’s blog for People is now posted on their site, and I was only able to skim through it (sorry, busy morning hob knobbing with the Dallas Cowboy cheerleaders. More on that tomorrow), but I did notice that Nick said in his column there were four girls he didn’t spend any time with at the cocktail party before he had to make his decision: Jaime, Dominique, Elizabeth B and Christina. Well Nick definitely isn’t lying about that considering 3 of those 4 girls names he didn’t even know how to spell. That’d be Jaimi, Elizabeth W., and Kristina, Nick. Great proofreading over there at People. And oh yeah, Chris Harrison’s Yahoo blog is now up where he says nothing of importance.

Ratings are in from last night and there’s good news and bad news. Good news is the show won its 18-49 demographic for the night. Bad news is they lost 1 million viewers from last season’s premiere, and down .1 of a ratings point. Look, it’s not like the show’s getting cancelled anytime soon, but those are pretty average numbers. Also, went up against the end of the Rose Bowl and the Sugar Bowl for most of the US, so that didn’t help. And next week will be even lower going up against the National Championship game. But for a little context, here are the last four Bachelor premiere numbers (millions of viewers, followed by rating):

And finally, your poll question has to do with the Liz and Nick situation. What are your thoughts?