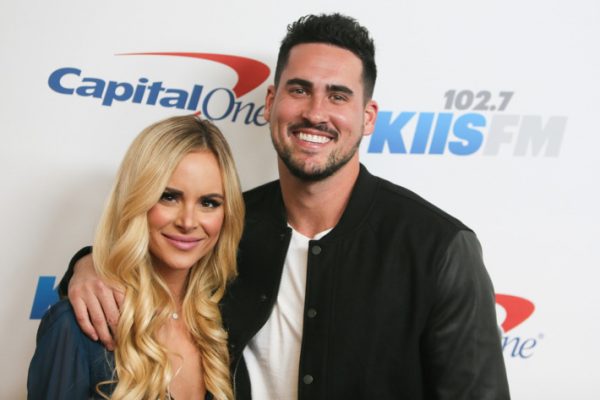 We had a mad rush of emails from last night into this morning, which was good because we were running really low as late as yesterday afternoon. Thanks for getting your emails in. Remember, “Dr. Reality Steve” tomorrow, and I’m extending to anyone who has a Dr. Reality Steve question if you want to be part of the podcast. I can record it today, we don’t have to use your real name if you don’t want for fear of someone knowing you and your story, or whatever. But I think doing one a week on the Thursday podcast would definitely be a good fit. Right now we have two “Dr. Reality Steve” emails for the column, so we need more of those. Hoping to get 5 or 6. The column will still be up with those in them, but yeah, would like to do one Skype call and add it to the podcast. Juliet Litman from the “Ringer” will be tomorrow’s guest, and obviously we have a ton to talk about, so that’ll be fun. Podcast #4 with listener calls got such a good response, I’m sure at some point this month in a bonus podcast I’ll release another one assuming people want to call in and be part of it. But the weekly Thursday podcasts will most likely always have a guest, then I’ll verbally do a “Reader Email” that may or may not have made it into today’s column, and then hopefully one “Dr. Reality Steve” call-in. Think of it as Loveline and I’m your Dr. Drew. Except without the degree and fancy mumbo jumbo doctor speak.

Did you see that you can now purchase Bachelor wines? Makes sense for them to capitalize on this, but I’d like to hear from someone that actually purchased these and have drank them already. Are they even any good? Or does this taste like any other $10 bottle you can get at the grocery store on your way to a house party that you feel the need to bring something over? If anyone’s bought these, gimmie your review of them.

Saw this story last week and got excited. It’s funny, because I think I said this a year ago. I know I specifically mentioned it to Juliet Litman on the last podcast I did with her in September wrapping up “Bachelor Pad.” I always said I thought someone should give these two a one hour show to just say and do stupid, blonde silly things. Hilarity will ensue. I mean, I doubt they’re getting a show so they can do book reports for us and break down the US economy. It’s basically gonna be the “Simple Life” 2017. They know what kind of characters this show wants them to be, they’ve played in masterfully on Ben’s season then on “Paradise,” so it’ll be just be more of that. Count me in!

For all those that have asked me over the years if a family actually lives in the “Bachelor” mansion and how does it all work, well, here’s your answer. Don’t you think it’s a given now that one of the kids in this family will go o the show just for storyline purposes. Then they’ll make sure one of the other contestants in the house does some property damage to the house which will then in turn piss the child off? It’s inevitable right? Those kids are mostly of age to be on this show now. Gotta make it happen.

And finally, after 3 weeks of neither Amanda or Josh acknowledging their breakup, now both have spoken out on the matter in back-to-back days. Yesterday I posted what Amanda said, now here’s Josh’s thoughts on the breakup. Which again goes to show, no matter what these people post on social media, and now matter how many kissy selfies they take, or staged photo shoots of them looking lovingly into each other’s eyes – it means nothing in terms of if that particular couple will get married someday. Instagram couples show you what they WANT you to see, not what’s really happening. Get used to it.