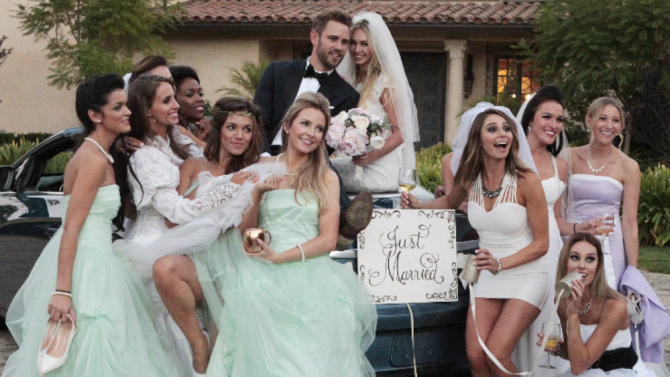 Once again last night aired the best reality show on television. No, it wasn’t the “Bachelor.” It was Clemson/Alabama Part II. You can take every reality show on TV and combine them all together and you still wouldn’t get the amount of drama and intrigue of sports. It’s not even in the same ballpark. It’s why for 13 years you’ve been reading this column and you’ve very rarely, if ever, seen me take any of these shows seriously. There’s no point. It’s not real. Sports is real. Sports are not predetermined. Sports are not filmed in advance then shown weeks later. So yeah, I guess I’m speaking the obvious here, but considering the reaction you see from some people regarding this show, I’m not sure they fully grasp that concept. This is light entertainment used to take your mind off more pressing things in this world, and should be treated as such. I wish more people would see it that way. Can Clemson play Alabama every season for the national championship? Is that too much to ask? Two great games, great athletes, and frankly even though I didn’t have a rooting interest on either side last night, I’m glad Clemson won. They should’ve. They were the better team last night. Dominated the game in practically every statistical category: first downs, yards, time of possession, plays run, etc. The list goes on. I would’ve hated for that dominant of a performance not to show up on the scoreboard. Glad it did, congrats to Clemson fans, and I’m sure a lot of babies conceived last night will be named Dabo in 9 months.

In case you haven’t been to the site since Thursday, podcast #6 was released with special guest Juliet Litman from the Ringer.com. We talked about a myriad of topics regarding Nick’s season. Be sure to download on iTunes, or you can listen right here:

As I mentioned last week, our guest for podcast #7 this Thursday is someone linked to the franchise. It’s Dana Weiss, also known as the “Possessionista.” She’ll be joining me Thursday to break down Nick’s episode #2, talk about how she got started with the whole Possessionista thing, and may have some words or two regarding a former guest on the podcast. So look for that come Thursday.

Our own Nell Kalter has your Vanderpump Rules recap now up for your viewing. Thanks to those who tweeted at Stassi last week. Looks like the podcast will be happening at some point this season. Just trying to nail down a time and date.

Not that we aren’t already sick of their story, but Ashley and Jared appeared on show recently talking about everything from their relationship, to BIP, to how the editing of the show works, etc. Check it out if you haven’t seen it:

I think the funniest thing that Nick apologist Ashley mentioned in that interview was towards the end where she completely put her Nick goggles on and said “I think this will be the highest rated season ever.” Ummmm, not quite Ash. The first two episodes rated lower than Ben’s, Chris’, and JP’s. So 0-for-3. Is it doing horribly? No. But it hasn’t been better than any of those three seasons through two episodes. You can put your pom pom’s away now.

You see Nick play coy when asked about DWTS? Pretty funny how he pretends it’s something he’s casually thought about. Of course you’ll do it Nick. And of course you’ve wanted to do it for two years, and even trashed others who got the role over you. This is the side of Nick that I find phony. Just own it. Don’t pretend you’d be humbled or honored to be on it. Just admit it’s something you’ve wanted to do coming on 3 years now and would probably pay your own way to be a part of the cast next season.

As of this posting, Nick’s blog for People.com isn’t up yet, so I’ll link to it tomorrow. But if you want to read Chris Harrison’s Yahoo blog where he offers no insights whatsoever on anything and seems like he wrote it in 5 minutes, you can go ahead and do that. I hope Yahoo doesn’t pay him for that mindless drivel. A 9th grader who watched the episode could’ve written that.

Ratings are in from last night and they were pretty steady with last week. Actually, almost identical with 6.5 million and a 2.1 rating in the 18-49 demo. But still, both episodes have rated below the first two episodes of Ben’s, Chris’s, and JP’s season. Lets see next week when it’s finally not going up against college football how well it does. Usually the earlier episodes kinda dip because there’s so many contestants still left and fans aren’t invested in anyone, but I think we’ll get a better picture of how this season is gonna fare compared to previous seasons. But as for Ashley’s prediction that this will be the highest rated season ever? She’s living in fantasy land.

Simple poll question this week regarding Corinne, since she’s the most talked about contestant thus far: