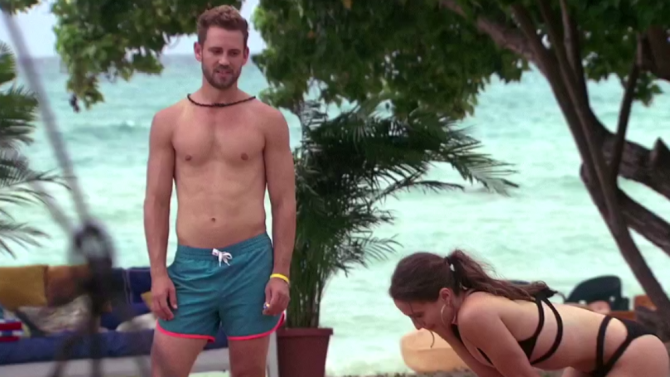 I feel like a broken record because, well, I have been, but once again the best reality show on TV aired this past Sunday. Sports. You don’t think sports is the best reality show on TV? I saw a tweet on Sunday night that re-visited what we’ve seen in the last 365 days in the 5 major sports championship games: baseball, basketball, football, college basketball, college football. In case you’ve all forgotten, a quick reminder: Last April, Villanova hits a 3 pointer at the buzzer to win the National Championship. Last June, the Cavs come from down 3-1 to win a Game 7 on the road versus the greatest regular season team (at least record wise) in NBA history and win their first NBA title ever. Last October, the Cubs come from 3-1 down to win Game 6 & 7 on the road to claim their first World Series since 1908, not to mention one of the most dramatic Game 7’s ever. Just a couple weeks ago, Clemson scores a TD on the last play of the game to beat undefeated Alabama and win the national championship. And then of course Sunday happened. I mean, I could probably write a full page of stuff on that game. Not a bad calendar year for sports, huh? I think it’s safe to say we will never have a greater collection of championship games in those 5 sports in a calendar year for as long as we live. Not even close really. Just the sheer fact that the NBA & MLB happened to two teams who hadn’t won in years makes it impossible for it to happen again, at least not for 100 years. Unbelievable stuff and it’s why I love sports. I didn’t have a rooting interest in any of those teams playing in any of those games, and I was still on the edge of my seat. No reality show in America comes close to producing that kind of drama.

Get your “Reader Emails” and “Dr. Reality Steve” emails in for this week. I’m sure you have quite a few thoughts on things happening, so let me know. Lining up this week’s podcast guest and it should be a doozy. I’m not gonna say their name for fear of jinxing it but needless to say, this person has had quite an interesting history with the show. Keep your fingers crossed.

A mini update on the Reality Steve Fan Appreciation Party happening June 9th at Mandalay Bay in Las Vegas that I mentioned last week. We are almost at capacity, but still have spots left. Thanks to all of you who immediately responded and booked your flights and/or rooms. So far we have people coming from as far as New York, Vermont, Canada, and Florida. That boggles my mind. Study up on your Bachelor trivia as the 3rd Annual Trivia Contest promises to be the best one yet. At least in my mind it is. It’s not too late to reserve a spot for the party. If you’re interested, email me ASAP and I will put you on the confirmed list. If you’re flying in, your confirmation is your flight itinerary. If you’re driving, then just promise me you won’t flake and book your hotel room and send that itinerary. Looking forward to seeing everyone there. As mentioned, Brandi Redmond from the “Real Housewives of Dallas” will be in attendance, and I’m still waiting on word to hear from a former contestant. I will let you know if it happens.

Our own Nell Kalter is back with your Vanderpump Rules recap covering all the shenanigans those kids are up to. Check it out when you can and let Nell know how you feel if you’re so inclined.

We all remember Brady and Britt from Kaitlyn’s season don’t we? The cute little couple that dated for a few months once Kaitlyn was chosen as the “Bachelorette?” Well, Brady just released a new song, “Carolina,” and lookie here, that just so happens to be Britt’s middle name. Think that might’ve been his inspiration for this song? Check it out for yourselves:

Hey everyone in the greater Atlanta area! If your Falcons gagging away the biggest game in franchise history wasn’t a horrible way to start your week, you can now kiss Josh Murray this Saturday night for charity! As if there wasn’t an event this guy wouldn’t sign up for in hopes of bagging some fan girl, this Saturday you can go to the Ponce City Market and lick his tongue after numerous women already have just for a good cause. Well isn’t that special? Please, someone do this and report back at its utter ridiculousness. If it’s anything like the kissing booth the Tri Lambs had in “Revenge of the Nerds,” I wanna hear about it.

Last week in the column and on my podcast I talked about Ouija boards and how ridiculous I thought they were. A reader emailed this in to me and, well, it essentially are my thoughts exactly on the whole thing:

I mean, really? Wouldn’t just plain common sense tell you that Ouija boards are a bunch of garbage? How can anyone take those things seriously? Other than the extremely naïve and those hoping dead people are trying to talk to them?

As of this posting, last night’s ratings aren’t in yet. I will post them tomorrow. Also, Nick’s blog for People.com hasn’t been posted either. Would be interested to know if he reveals what really happened on the volleyball group date. But Chris Harrison’s blog is up for Yahoo! and I really hope they don’t pay him for this. Well they obviously do, but I hope it’s like $1.39 for each column. Seriously. Talk about lazy. There is exactly ZERO insight in this column. It’s like he just reviewed it for those that missed. Chris you were there. You talked to Nick frequently. How about actually giving an opinion or two rather than regurgitate back to us what we already saw?

And finally this week’s poll question is about Kristina. What’d you think?