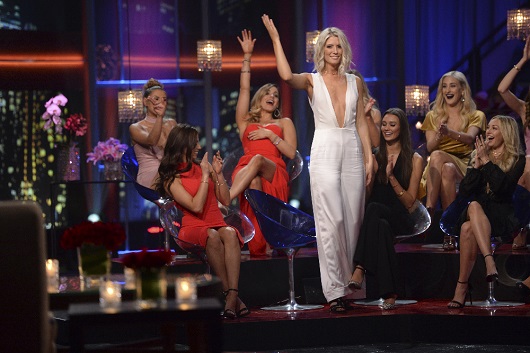 Some of you that have been reading me for a while may find this hard to believe, but it’s true. As you know, two of my favorite things in this world are sports (especially college basketball) and trips to Vegas. However, I’m here to tell you that I’ve never combined the two. That’s right. In all my years of my Vegas trips (going back to junior year of college), I’ve never been to Vegas on the opening weekend of March Madness…until next week. That’s right, decided to do it next week and can’t be more excited. So much so that I watched a bunch of YouTube video titled “March Madness Buzzer Beaters” over the weekend just to get myself amped. Leave me alone. That’s how I justify this trip. But seriously, I’ve never been during March Madness, so this will definitely be interesting the first couple days of the trip as I basically watch all 32 games without having to change the channel. Needless to say, that’s as pretty much as close to heaven on earth as you’ll get for me. This past weekend I started hunkering down and began my homework on watching a lot of conference tournament action, so I have a better grasp on who to bet come tournament time. Last year I did well. The years before that, not so much. A lot depends on seeding, region, and matchups when picking upsets. Then again, there’s also a HUGE difference between picking upsets in your bracket pool with work buddies (where no pointspreads are involved), and picking games involving pointspreads. Like, if I pick an upset in my bracket pool and that team loses, but I bet them and they cover the pointspread, frankly I could not care less about the bracket pool loss. Hopefully I didn’t lose you there. Anyway, this trip does slightly affect next week’s schedule on this site.

Because I’m leaving for Vegas a week from tomorrow (you know, since I HAVE to be in my seat at the book first thing Thursday morning when the games tip off), next week’s “Reader Emails,” “Dr. Reality Steve,” AND podcast will all be posted next Wednesday. Also, next week’s Tuesday recap will include an exclusive first look at some of the guys on Rachel’s season. Could be 2, could be 3, could be 4, could be 5. I have no idea how many I’ll give you yet. And considering next week’s podcast guest was the most requested guest I’ve had from you guys all season, and I told you she would be on, it’s only fitting that Sharleen Joynt will be next week’s guest to wrap up Nick’s season, and you’re getting her a day earlier than usual. I’m basically like Santa in March, I tell ya’. This week? Normal schedule. “Reader Emails” tomorrow, “Dr. Reality Steve” Thursday, along with podcast #16 which will be when the tables are turned, and Michelle Money will be interviewing me. She said she wanted to, so we’re gonna do it this week. We’re recording it later today and she’s got a lot of good juice lined up to ask me according to her. I will do my best to answer everything thrown my way. If you have questions for her to ask me, go ahead and tweet her @MoneyMichelle.

Our Nell Kalter has your Vanderpump Rules recap up now for your viewing. Again for those who missed last week, Nell will not be recapping RHOC next season, whenever that starts up. I don’t know yet if there will be another recapper to replace her. I’m leaning towards no, but haven’t made my decision yet. I probably should find out when that season starts actually.

Towards the end of last week, Kaitlyn decided to expand a little bit more about how Mike Fleiss prevented her from being on DWTS after her “Bachelorette” season aired in 2015. Pretty horrible reason, but right up Fleiss’ alley if you ask me. Facts are facts: Zero “Bachelorette” have been on DWTS since Melissa Rycroft (which was over 5 years ago and she was a last second replacement anyway), and four “Bachelors” have been on. He can make excuses all he wants, but his reasoning to Kaitlyn is pretty laughable. “Your passion should be with Shawn?” Uhhhh, is she not allowed to have passion for him AND dancing? So ridiculous, but again, it’s Fleiss. He controls every contestant who comes on his show to a certain extent, so, when he pulls power moves like this, you basically have to deal with it. I’m glad Kaitlyn is speaking out about it now, since essentially no one really speaks up against Fleiss.

Which brings up Juliet Litman’s “Bachelor Party” podcast on Channel 33 last week with Robert Mills, ABC’s Head of Alternative Programming. If you haven’t listened, it was actually really good. I’m not a huge fan of Mills based on his tweets and the fact that, well, he’s a big wig at ABC and obviously we don’t see eye-to-eye, but he really shared a lot of insight from a corporate head that you probably wouldn’t expect. Very honest about a few things in past seasons, and even this season, so you should take the time to listen to Juliet’s podcast with him last week. He even briefly made a snide remark about Erica Rose and how with her “help,” they were able to enforce their lawsuit against me back a few years ago. I didn’t have a problem with Juliet bringing that up, nor Mills saying what he did. It happened and it was well documented on this site what happened as I wrote a full piece back in 2012 on it you can read right here.

There have been a few really good “Bachelor” parodies we’ve seen over the years. The excellent “Burning Love,” Jimmy Kimmel’s the “Baby Bachelor,” SNL’s “Beard Man” and “Bland Man,” a couple others. Well, we can add a new one to the list that popped up last week. I’m pretty sure moms will love this one, as someone has created “The Babysitter.” Here’s the trailer:

Are we going to get weekly episodes of this? I gotta imagine we will and they didn’t just film a trailer with no follow up. I guess we’ll see in the coming weeks. I’m looking forward to seeing more.

Ratings are in from last night, and because the whole thing was wonky splitting up the overnight dates over two weeks with 2 one hour episodes, it’s hard to compare. But the first hour last night drew 7.1 million viewers and a 2.2 rating, while the final 2 hours saw a big drop to 5.88 million viewers and a 1.8 rating. Just for comparison, Ben’s WTA at this point last season (granted just a straight two hour show by itself), drew 7.4 million and a 2.2 rating, which is on par with what Nick’s first hour did last night. So read into that what you want. This season has been no better than any previous seasons, so anyone claiming Nick’s season has been one of the highest ones yet is blowing smoke up your ass.

As for this week’s poll question, it’s easy. Whose overnight date did you like the best?