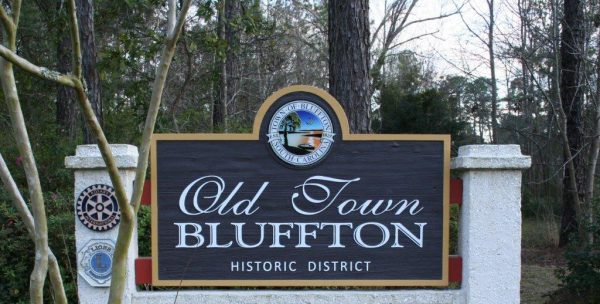 Remember how yesterday I said that I’m pretty much failing at my NCAA Brackets this year. Weeeelllll, that’s not exactly true. That was in my own Bracket Challenge that I have zero chance to win. I’m in another one that only has 155 participants, but had an entry fee. I can actually win that one, but four things need to happen. 1) Gonzaga needs to beat South Carolina 2) Oregon needs to beat North Carolina and 3) Gonzaga needs to beat Oregon for the championship. IF all three of those happen, I tie for first with one other person, so the tiebreaker is total points in the championship game. They have 153 and I have 158. So not only do all three of those things have to happen first, but I also need 156 pts combined points for me to win outright, since I’d be the closest. I do think I would get something for second place because this is a decent pool amount, but yeah, I can still win it. If I lose on tiebreaker points, that’ll suck, but at least I’ll still get something. So not all is lost on my college basketball knowledge. Not sure why I didn’t use that bracket for my own tournament. Maybe I would’ve had a chance. Oh well. Go Zags! I certainly think they can beat South Carolina. My worry is Oregon beating North Carolina. That’ll be a little tougher. But it would be nice to have an all west coast final game when the Final Four is in a west coast city for the first time since 1995 – when UCLA won it all in Seattle.

I’ve gotten pretty good at telling you things before they happen when it comes to the “Bachelor” franchise I would say. Now apparently, I can predict exactly what tabloids are going to write before they write it. This is what I wrote about contestant Dean Unglert on March 14th:

“Dean Unglert: 26, Los Angeles, CA. Originally from Aspen, CO. Works as a recruiter for StartupTAP, that helps tech companies do their hiring. So basically, a stereotypical job for a contestant on this show right behind personal trainer. Graduated with a B.S. in Business Administration and Management from the University of Colorado – Colorado Springs. Might’ve done a little drinking there as he was busted in 2010 for underage possession of alcohol. Can’t wait til Radar runs their annual “Rachel’s Guys Criminal Pasts!” column and includes stories like these.”

Did you happen to catch Radar’s story on Dean yesterday after I posted that link to underage possession of alcohol story? You can click it here. Man, so predictable. Making something of nothing. A 20 year college kid drinking and talking sh** to a bouncer? I’m sorry, that’s not news. I wouldn’t say Rachel needs to run from the guy because of that. And by the way, you can pencil Dean in for “Bachelor in Paradise” this summer. It’s happening. No, Rachel isn’t picking him. Radar is really after Rachel’s guys as this morning they doubled down on their attacks with this story on Dr. Bryan Abasolo, which is another non-story. Keep it comin’ tabloids. I’m sure you can do better than that. Or not.

Get ready for a lot of pictures coming the next three days with Rachel’s dates in South Carolina all being public. I will be tweeting out any pictures I get from today’s 1-on-1. Not sure what they’re doing for the day portion of their date, but tonight there is a concert they will be attending in public by Russell Dickerson. Set up is currently in downtown Bluffton, SC on Calhoun Street, as the street is closed off until tomorrow afternoon. I should have some pictures this afternoon. Concert tonight doesn’t begin til 10:00, so it’ll be pretty late before they get there and we’ll see who she’s with. Unless the day portion of their date is public as well and we get pictures from those.

-The 15 year anniversary of the “Bachelor” was this week, so EW.com interviewed Chris Harrison to talk about that first season with Alex Michel. I’ve never seen it. I know they reposted it this summer but I really have zero interest in watching it. Pretty amazing to read about some of the things they tried that season though and how much of a fail it was. This show that you’re seeing now really became this show around Brad’s first season. Everything before that is not what you’re seeing now. It’s like it doesn’t even count or never happened. Completely different show.

-Our own Nell Kalter has your Vanderpump finale recap now up for your viewing. Nell informs me that we have 3 weeks of reunion episodes coming up. Wonderful. Have fun covering that, because I’m sure those won’t drag on very long at all. 3 weeks? Could you imagine if the “Women/Men Tell All” was spread out over three weeks? Please. That’s embarrassing.

-Jessica Radloff from “Glamour” magazine has your most in depth DWTS Tuesday morning recaps, as she reports backstage from all the dancers. One thing I wanted to point out. I told you Nick would beat Chris Kattan, Charo, and Mr. T. After that, it’s anyone’s guess. But just based on last night’s scores, those are the only three dancers he scored better than. Sooooo yeah, no chance that Nick even makes the top 6. He’s probably going home at 8 or 9, so you’ve only got a few weeks left to watch him dance.

–This is Us actor Milo Ventimiglia quit Instagram three years ago, because he saw what it was turning into. And he hasn’t posted anything since. Good for him. I’m guessing that Milo isn’t following any “Bachelor” or “Bachelorette” contestants then either, huh? Yeah, all the incessant ads for products you know they probably aren’t using themselves might drive him to pull his hair out.

-Mariah Carey celebrated her birthday with her little boy toy, Bryan Tanaka. How much longer do we give these two? 90 minutes? A couple days? Geez Mariah. Talk about extremes. She goes from bedding the older billionaire dude to a little kid who could be her son. No shame in her game. But as we’ve seen time and time again, when you’re Mariah Carey, or a Jennifer Lopez, dating one of your backup dancers lasts for a hot minute before you realize it’ll never work in a million years.

-Did you hear about this reality show overseas where they dropped a bunch of people onto an island and made them fend for themselves for a full calendar year? Interesting concept. Yet, they cancelled the show after four episodes, yet still made all those people stay there a year. I’d be pissed. Granted, they said they’re going to run the episodes later on, but something tells me that whole series will never get aired. It’s very hard to drop a show like that and expect people to respond to it. Too much time commitment since I’m assuming you’d want that show to at least run for 6 months or so. That’d be like putting people in the “Big Brother” house for a year. After a while, people would just lose interest.

-Now speaking of reality shows that I WILL watch, I mean, should any of us be surprised THIS was coming? Cash me ousside girl, Danielle Bregoli, has signed a reality TV deal because of course she has. She has no discernable talent. And when you have no discernable talent, you go on reality TV. I’ll certainly watch this sh** show to see exactly how many ways she can act like a complete fool. Yes, it’s sad, but again, no one should be surprised by this. This is what happens when you’re a train wreck nowadays. People want to see more of your train wrecked-ness.

-The cast of the “Fresh Prince of Bel Air” reunited recently for something. Maybe it was just for this picture, I don’t know. But it was good seeing the gang back together. Didn’t one of them get into drugs and porn after the show ended, or was that “Family Matters?” Can’t remember. Whatever the case, if they can do 3 seasons of a “Full House” reboot, certainly we can get a “Fresh Prince” reunion show, can’t we? Who wouldn’t watch that? There’s a ton of 80’s a 90’s show I think should get a reboot, at least for a limited run.

-Speaking of “Fuller House,” Jodie Sweetin now needs a restraining order against her former fiancé who she just recently called off the engagement with. Dude is a little scary I’d say. Probably someone you want to stay away from. Have Uncle Jesse go kick his ass, Jodie. That’ll teach him a lesson.

-Looks like we are going to get a third season of True Detective, as David Milch is on board. That should help. Season 1 was excellent. Season 2 was a fiery hot mess of a dumpster fire. Who would’ve thought you could go wrong with a cast of Vince Vaughn, Colin Farrell, and Rachel McAdams? Well, they did. Maybe season 1 set the bar so high, nothing season 2 did could’ve compared. But season 2 was universally panned. Basically no one liked it. The writing was everywhere, the story was confusing, and the finale didn’t deliver. Lets hope season 3 brings back the storytelling we saw in season 1.

-And finally, what would you say your biggest accomplishment at 16 years old was? Getting to school on time? Making sure your pants were zipped up? Getting an A on a test? This 16 year old has you beat. He’s also batsh** crazy. 111 cinder blocks crushed with his head. Huh? Are those blocks made of paper mache?