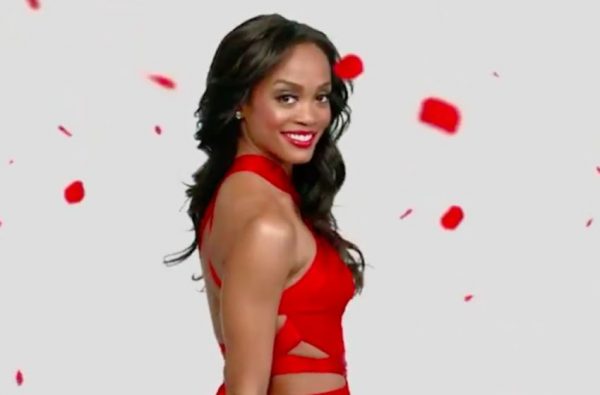 Hey we know Jimmy Kimmel knows who you are lol.

Also, I’m not sure when your putting up episode by episode spoilers so by the time you read this you may have put them out and answered this in the post but quick question.

I remember you said that on a podcast Robert mills ( I think that is his name) said he believed a Doctor would be the villain and you were thinking it was probably Doctor Bryan. You also said Dean will most likely be on bachelor in paradise. With the top 4 having Dean on paradise will eliminate him from the bachelor role. If Bryan is the villain that would pretty much eliminate him leaving us with Peter and Eric. We know Rachel is engaged to Peter so that would leave Eric. I know when it comes to the lead the producers will do anything and you can’t put nothing pass it. I also know this is something that’s never official until the lead is announced and it’s way too soon to say who it is but I was just thinking. I’m curious to see if ABC would actually follow up this season with an African American lead. I was just looking at that top 4 and it had me thinking..

Longtime huge fan of you and your website. I think I’ve emailed you before for Reader Emails. I’ve been reading your spoilers for years now- since either Ben F. or Emily’s season. I have enjoyed the Bachlor/Bachelorette since before then, but since discovering your site and your hilarious commentary I now LOVE the show. My mom and most of my friends still refuse to read the spoilers but every season I try and convince them to check out what you write. Oh well- they’re the ones missing out on the extra fun!

And wonderful job on the podcast! I absolutely love it. I was always a Courtney fan from Ben F.’s season (and really enjoyed her book) so she has been my favorite guest so far. I also really enjoyed the first episode where you introduced yourself. I didn’t realize you had gotten your start in radio. I actually just graduated in the last year from college and broadcasting school and work full time now as an on-air radio personality, so I think that’s very cool how you got your start.

ANYWAYS- I had to chime in with an observation after the first episode this week. Lucas the crazy Whaboom guy…. is he NOT a real life version of Robby Z., the party motivator from Bachelorette spoof show Burning Love?! I’ve seen Julie’s Burning Love season multiple times (love it), and Robby Z. was always my favorite. Just curious if anyone else made that connection or if you see it too?

I have a few questions that I hope you can answer.

1) With Josh Murray being labeled as an emotional abuser, did any of his past girlfriends ever email you about their experience with him? I’m asking because I’ve been emotionally abused by a guy and his girlfriend before me said he would say the same things to her. If Josh was one, then I’m sure it didn’t start with Andi. Whether they did or didn’t, I’d never share something as private as that.

2) If you had to take a guess on who will be the new bachelor, then who would you pick?

Why don’t you hold off until after the season premiere before announcing your predictions next season? Either Jimmy Kimmel is taking credit for the spoilers that he has “stolen” from you, or he also has inside sources regarding the winners each season. What do you think?

1. I know it’s super early, but do you have any thoughts on if any of these guys will be the next Bachelor? So far, Bryan seems kind of sleazy, and Eric just seems dull, but I know it’s early. Does Josiah go home way too early for him to be in contention? And do you think they might be looking for the first black Bachelor? Based on nothing, I’m gonna go with Bryan.

2. I was surprised to see Corinne there as part of Rachel’s “squad.” Was she just there because the show wants to promote her for BiP? Or is she actually nicer than her edit? I don’t think Rachel despises Corinne. So that probably helped. But yeah, I’m sure there was some BIP crossover as well that they wanted in there since all those girls are going to be on it.

3. Have you heard if Raven regrets discussing her orgasms on national TV? I have no idea. Haven’t heard anything either way.

4. Do you have any sense on how solid Rachel and Peter are? Do you think she’d move to Madison, WI? I actually LOVE Madison, but it’s very different than Dallas—and a lot colder. Rachel isn’t moving. If Rachel and Peter are going to work out, Peter will be moving to Dallas. Which I think is what’s going to happen.

Could you please give us some insight as to why Ben and Lauren broke up? I’m super curious. Ben has addressed this in the media. And on his new podcast that started yesterday with Ashley I. That’s about as much as you’re gonna get out of him.

Which contestants this season do you think are front-runners for the Bachelor?

so how many seasons in a row now is the first person out of the limo the winner? you think they would mix it up for anyone not reading your site could’ve caught onto that pattern by now

Have you asked Kaitlyn Bristowe to be on your podcast? (Excited to hear Lesley m) Remember, I don’t talk about who I’ve asked to be on the podcast. Well, unless you ask for payment then I do.

Why is Jef Holm such a douche? I don’t know. Ask him.

Any new news on Nick and Vanessa?

I saw a couple weeks back that Chad Johnson was back up to his old antics now they his invitation to come back to paradise had been taken back. I believe it was from wetpaint on Facebook but they never gave any info or explanation as to why and I haven’t seen anyone else address this. So any scoop there on what happened? I don’t know the reasons behind it but, even though everyone and their mother is claiming to be going on Paradise this summer, I’m pretty sure Chad isn’t and he’s actually telling the truth for once.

Also don’t know if you saw that Chad Johnson tweeted Carly and Evan that he just bought Lucas’s whaboom trademark and asked if they were cool now. Carly’s response was awesome by the way.

And side note Brad was not the only lead to choose no one in the end. Jen Sheft also chose no one. Yes it was slightly different since she decided to keep dating both final 2 guys during the show airing as Charlie O’Connel did. But at the after the final rose when she was supposed to choose she dumped them both. The young guys proposed and she basically embarrassed him with a sort of harsh rejection and zero sympathy for him.

Thanks for all your hard work on the spoilers

What was up with his smart-ass comments when interviewed about handed a rose?! Not sure if you saw it. Said something like, “I’m over it” when asked if he was tired of the rose thing. She commented back a surprise to that, and he said I really don’t care anymore…in a tone of defiance. I also notice Vanessa was not there or seen anyway.

Sorry I didn’t get the exact words. Seemed really odd though.

Comment: Yeah, I saw it. Pretty much exactly what he said. The guy will do whatever to not be associated with the “Bachelor” franchise anymore. Even though he’s been on 3 different seasons. He’s trying to carve out a name for himself in the entertainment world, but he’s over all the “Bachelor” talk, even though that’s the only reason why people even know his name.