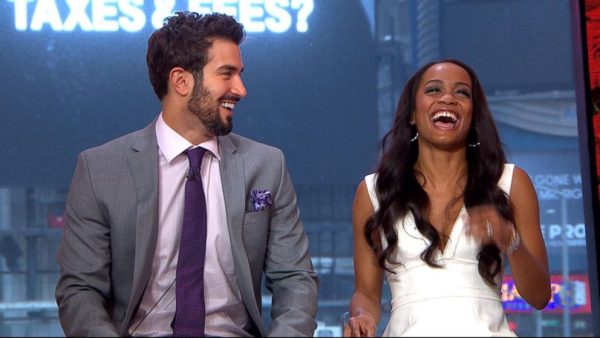 So if you were following my Twitter the other day, you know tomorrow’s guest for Podcast #38 is none other than the “Real Housewives of Dallas'” Brandi Redmond. I’ve known Brandi a little over a year now and we talk about a ton of things: how we initially met (totally random), her time as a Dallas Cowboy cheerleader, her marriage and how it was portrayed on the show, the Jesus Juice parties we’ve had at her house, what we can expect for season 2 of RHOD which starts next Monday, plus a lot more. Brandi is my first podcast guest in 38 that I actually did in the comfort of my own living room, since she lives about 10 minutes from me. Definitely different to do an interview in person than over the phone. Honestly, I think that might’ve been the first in person interview I’ve done in my life. It was a lot of fun. We were drinking wine the whole time, and you can tell by the end, Brandi got a little loose. No spoilers, but there’s definitely some good stuff in there. Definitely look forward to you hearing that tomorrow as it was one of the more fun interviews I’ve ever done. Next week, back to the “Bachelor” franchise as Lace Morris will be the podcast guest. Already recorded it last week and Lace was great as well. Some interesting stuff she says about Grant.

Speaking of podcasts, Vulture.com did a review of all “Bachelor” related podcasts yesterday. And hey, they like me! They seemed to like me and Olivia’s, both separately and together. I think I’ll be going on Olivia’s podcast in the future again, so I’ll keep you updated on that. That was one of my favorite ones I’ve done.

Obviously a ton of talk surrounding Peter since Monday and will he be the next “Bachelor.” He spoke to reporters after the ATFR on Monday, and if this isn’t him basically setting up his narrative next season, then I don’t know what is:

“He did, however, say that he went into the Bachelorette with an open mind and that if he were given the chance to be the Bachelor, he hopes he would be able to propose in the end.

“I went into this entire process totally open minded and ready for whatever was thrown at me, and even with that I don’t think I was prepared,” he admitted. “I don’t know if I can get to that level with someone that fast, but I certainly know that I tried. In this one instance, I couldn’t. I can’t really speak to my future. In this one time, it wasn’t what I was able to do at that point.”

I mean, the guy couldn’t have made it any clearer. So anyone still asking, “How can he be the ‘Bachelor’ if he already admitted he can’t propose in that short of time?,” you have your answer. He couldn’t propose to RACHEL in that short of time. One girl. He had no other choices. If he’s the “Bachelor,” he has other options and maybe he’ll find someone. So yeah, as I’ve said all season long, his narrative is there for it to happen. Just a matter of if he wants to do it. Certainly seems like he does. But nothing is official until the announcement is made.

As for all the speculation that Rachel just chose a ring and Bryan is a default pick for her, she addressed it yesterday during her media rounds. Of course, the Peter nut jobs will just say she’s lying, but I don’t know what else she can do at this point. It’s right there in bold print and verbally came out of her mouth. If you can’t accept that, or choose not to believe her because it doesn’t fit YOUR narrative, then I don’t know what to tell ya’.

As for “Reader Emails” this week, they begin on Page 2. A LOT didn’t make it in because it was a variation of the same themes. Mostly “How can Peter be the Bachelor if he’s not ready to propose,” and/or “do you think Rachel sabotaged his chances to be the “Bachelor,” and/or “Bryan was Rachel’s default pick.” There’s probably 30-40 emails combined that had one of those questions in it. Some made it in, most didn’t. Because there’s only so many ways to answer the same question. There are some good ones in there though including what I think of one of my podcast advertisers. Enjoy…