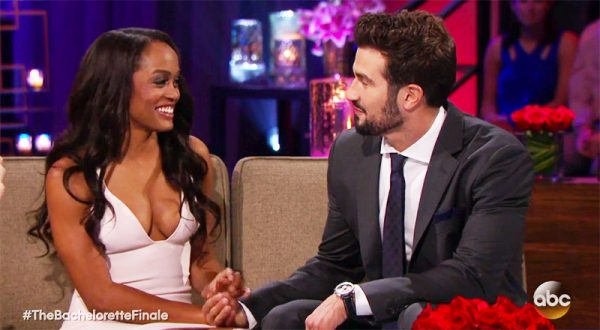 Whew. Another season in the books. I was really sweatin’ that one out! Nah, just kidding. This was a forgone conclusion since June. I actually address a little bit about that spoiler on page 4 today so check that out. Something I hadn’t shared about this season. Definitely some interesting things we saw last night from the change in format of the finale to the awkward Rachel/Peter confrontation on the ATFR. Has everyone talking and, as always, there’s a giant divide. There’s the people who are sane and can see things rationally – then there are the Peter wackos who live on a different planet who should never be allowed to reproduce. Ok, I’m kidding. Slightly. I get into all that today. People are going to have differing opinions when it comes to this show. We see that every season, and this season is no different. It’s just that a particular faction of fans this season, namely the Peter cult, seem to be out of their minds last night and today and probably will be for the time being. I’m gonna try to talk them off the ledge today. Granted, I’m sure it won’t work because they’re an unreachable bunch who can’t deal in reality, but hey, I’m going to offer my thoughts on everything anyway. Hope you all enjoyed the season. Thanks for being loyal readers and continuing to support this site whether it’s through visiting here every week or listening to the podcasts. It’s much appreciated.

Wanted to mention before we got started that Sharleen and I are beginning to start recording calls in the next week or so for August’s “He Said, She Said” podcast. If you want to be a part of the show, contact myself or Sharleen (Twitter: @SharleenJoynt), make sure you have Skype set up, and we can discuss getting you on this month’s show. It’s been a lot of fun so far so if you definitely have any sort of dilemma, or sex problem like Sharleen is begging for, by all means let us know and we can arrange to record sometime this week. Hope to hear from you.

Remember, here are all your episode-by-episode spoilers for “Bachelor in Paradise” starting next week. We’re getting a little clearer picture of how the DeMario/Corinne scandal is gonna play out on Paradise as Chris Harrison explained recently. So we’ll get to see the footage up to when production was stopped, Corinne and DeMario’s sit down with Chris will NOT be part of the reunion show at the end, and that reunion show will be live after the finale airs. That definitely helps with things. We know next week is a two-night premiere on Monday and Tuesday, but do we know if it’s two nights a week the whole season? My guess is no based on the shorter footage. And I still haven’t heard anything about an “After Paradise” so it doesn’t look like that’s happening either.

Josh Murray looks to be jumping back into the reality TV world – and with one of my favorite franchises! You know I’m a huge fan of the Challenge on MTV. Before this season of the “Dirty 30,” we had the “Champs vs Pros” season. Well, looks like they’re bringing it back but tweaking it a bit. The “Champs” aren’t all necessarily former winners, and the “Pros” well, if Josh is in it, not sure what he’s a pro at. But this site that has been known to be very accurate in the past regarding their spoilers has posted the casting list for suspected players next season. They are usually dead on from what I’ve seen in the past and have been told. So look for that in the upcoming months.

We’ve seen plenty of spoofs/parodies of this franchise, but we’ve never seen the “Asian Bachelorette.” Until now. Funny stuff. Someone emailed me this last Thursday or so, and then by the weekend I saw it showing up on Facebook news feed numerous times. So if you haven’t seen it, check it out:

Ratings are in from last night, and while it got the highest ratings of the season, it stayed consistent with being about 1 million viewers less per episode than JoJo’s. For those that thought it would flame out with a black lead, they couldn’t have been more wrong. 34 seasons in and drawing a 2.1 and roughly 7.5 million viewers, including dominating the women 18-54 demo? Once again, this show proves it’s a beast on Monday nights during the summer and it’s not slowing down anytime soon.

Poll Question involves Rachel and Bryan. However, if you look at this poll question, or any of the other 3 questions you’ll see on the site, apparently the Peter wackos have infiltrated the site because all the majority answers are pro-Peter, anti-Bryan the way they’re trending now. Oh well. Sorry you didn’t get the ending you want suckas!