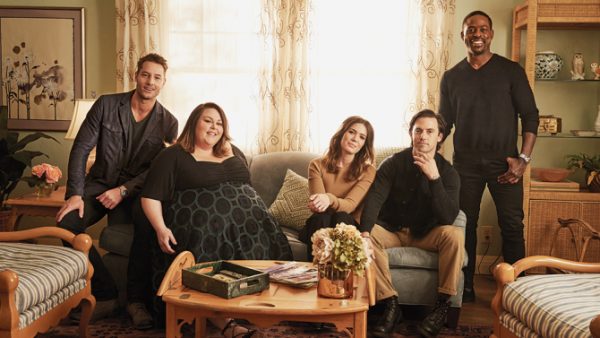 Already starting episode #3 today of the “Bachelor” with a group date that’s open to the public. Only one date in episode 2 got out publicly, and barely at that, as Arie and this brunette were riding a motorcylearound on Saturday then making out. I can confirm that this girl is not someone I’ve released to you yet, and later on that night, they did do something that was seen in public. I’ll post that at a later date. This week we should start getting more public photos since today’s and Thursday’s group dates are ones that ABC sent tweets out about attending. Today’s date is in Port Hueneme and Thursday’s is at The Grove. I will retweet anything I see online as well as pass along any photos that I may get. They were in Port Hueneme once before when Andi took Eric Hill (R.I.P.) on her first 1-on-1 date to the beach, so maybe today’s will be something beach related as well. I will be releasing a couple more girls tomorrow as well to add to the list currently at Arie’s Girls page.

-Hey everyone, Kylie Jenner has a bun in the oven with her boyfriend, Travis Scott. Anything involving someone from this family is news nowadays, but now people seem to think she’s actually Kim’s surrogate. Kylie hasn’t a released a statement yet on anything, but nonentheless, Kylie is pregnant, and this is basically all we’ll hear about every day until she delivers. Wonderful. I’m sure it won’t be long before we learn about the night of conception too.

-The “Challenge” on MTV is a guilty pleasure of mine. Tony has taken the cake recently by having children with two of his most recent exes – then hooking up with Camila on the current season, throwing his currently relationship into question. So where do Tony and Alyssa stand in their relationship now? Good question. By the sounds of that article, he wants her back and she’s not sold yet. Tony is becoming a Hall of Famer on that show, and it’s not for anything he remotely does in the challenges. That’s never a good sign.

-Tonight is the return of “This is Us.” Basically, “This is Us” has become the new “Lost,” with as many theories as people have behind it. We’re going to find out this season how Jack died, and we better, since I had a dream about it last night. They are being as secretive as one show can be about it, but tonight we’re going to get a major piece to the puzzle. If what I dreamt last night ends up being what we see on the show tonight, I’ll be honest and let you know. It probably isn’t because my dream was completely out of left field. Not to mention “Designated Survivor” was somehow mixed into it as well. I know. I’m weird.

-A rapper named Cardi B is atop the Billboard 100 charts with her new song “Bodak Yellow.” I’ve never heard it and basically I will protest it (kneeling when it comes on?) because she has bumped Taylor from the #1 spot. That’s all I really care about so Cardi B, you can piss off. Go apologize to Taylor for what you did. Unfair.

-Even though I couldn’t watch DWTS last night locally here in Dallas because the Cowboys were on Monday Night football, here is your recap from Glamour Magazine. Barbara got eliminated? Shocker. Can’t imagine why people didn’t warm up to her. And for the 900th consecutive season he was on, Keo is out in the first couple weeks because he was stuck with a terrible partner. He’s gotta be pissed.

-Kris Jenner’s BFF Faye Resnick is weighing in on Kylie’s pregnancy. Good. Because if there’s one person I was dying to hear from during all this madness since the Kylie story broke, it’s Kris Jenner’s BFF who we haven’t heard from in about 20 years since OJ accused her of being involved in Ron and Nicole’s death. And oh yeah, the “People vs OJ Simpson” on FX last year really depicted her in a very positive light in case you missed that. You did? Well, let me fill you in. She was known a huge coke head who blew every guy in town.

-Kevin Hart’s mistress is speaking out more and says she had no idea he was married. Montia Sabbag talked about where and when they met and briefly described their hookup, but claims she didn’t know he was married because he “wasn’t acting like it.” There are two things I learned about Montia Sabbag after reading this story: 1) She’s a moron 2) She’s the only person on the planet who doesn’t know what the internet is. This has settlement written all over it.

-Prince Harry and his girlfriend Meghan Markle took their first public photos together in Toronto and everyone lost their sh**. I’ve always wondered why people care so much about who this guy is dating, or what’s going on with the Royal Family at all times. I don’t get it and never will. Unless Prince Harry starts dating Taylor, then don’t bother me. It’s of zero importance to me who he’s holding hands with at the Invictus Games.

-Here’s a story about why Kaley Cuoco changes her hair so much. Wow. Important stuff. I think a better story to write about Kaley is why she changes guys so much. I believe she’s the second highest paid woman on television behind Sofia Vergara, yet she changes guys probably more than she does her hair. Lets focus on that.

-And finally, last week Radar was all over the fact that Vanessa Lachey was the biggest diva on set, people couldn’t stand her, and are waiting for her to get eliminated. This week, they’ve found someone new to make up a story about. Terrell Owens is apparently public enemy #1 now, he’s a nightmare to deal with, and people want him gone. As I said last week, there isn’t an easier story for Radar to write every single season than finding a contestant on DWTS and saying the cast hates them and they are causing drama behind the scenes. I wonder if it’s the same writer who makes it up every season, or, do they change it up just to throw people off?