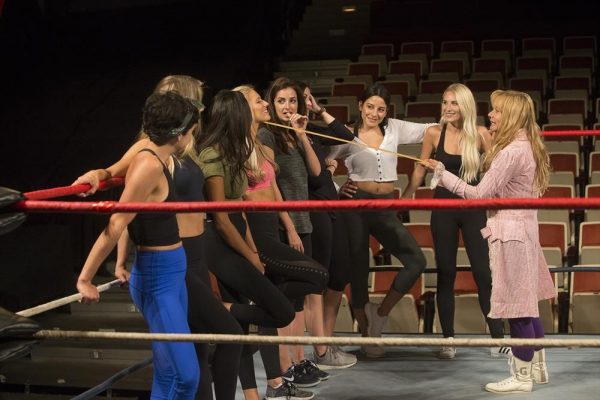 A few of you emailed me last week informing me that on Ben Higgins’ podcast with Nick, he mentioned that the “Bachelor” was taking two weeks off while “Winter Games” ran the weeks of Feb. 13th and 20th. According to Robert Mills, and what I’ve been told, that is inaccurate. A few weeks ago I wrote in this column I was confused when the “Bachelor” finale is going to be since “American Idol” is doing a 2 night, 4 hour premiere March 11th and 12th. The 12th would’ve been the natural end date for the “Bachelor” finale, but now we know it’s not. I was able to get the answer for you. This season will run as normal with a new episode every Monday night. Except, the “Women Tell All” will air FRIDAY, MARCH 2nd, with the finale airing Monday, March 5th – a regular 2 hr finale plus the 1 hour live ATFR. They’ve done a “Tell All” on a Sunday night before but never on a Friday, so that’ll be a first. But everything will be the same as past seasons except that instead of getting its own Monday night in between the overnights and the finale, the “Women Tell All” will be shown on that Friday night. So to make this easy for you, this is what the schedule will look like for the last 3 episodes:

Get your “Reader Emails” in for tomorrow and “Dr. Reality Steve” emails in for Thursday. Been slacking on those recently so I’d like to have at least 3 to 5 to answer. If not, oh well. The podcast guest this week is Tori Hall (formerly Fiorenza) of the “Challenge.” Tori was recently in the news as she spoke openly last week for the first time about her divorce from Brad, who’s currently competing on this season of the “Challenge” along with being in a new relationship. We talk about her TV career, dive into what happened with Brad, and find out how she’s dealing with everything now. As usual, podcast coming on Thursday.

You’ve all been asking, and now you have your answer. Tomorrow I will post your remaining episode-by-episode spoilers (episodes 4 thru 7). There’s still two small things I’m confused on, but they happen in the next two episodes so not a huge deal. But I have all your eliminations/dates in Paris and Italy, including who was on the 2-on-1. So look for that tomorrow along with “Reader Emails.”

We’re a little over a month away from season 3 of UnREAL. The trailer was released last week and, well, it’s a good one. If your eyes can’t take possible sexual scenes, then this is NSFW. If you’re a mature adult, then it’s all good. Enjoy…

Good news that hopefully you heard by now, but Tenley got engaged this past Friday night to her boyfriend, Taylor Leopold. Those that listened to Tenley’s podcast with me back in June I’m sure are happy for her, as am I. I thought Kiptyn and Tenely on in back-to-back weeks were two of my more interesting podcasts. Both their lives have changed from different circumstances – and for the better. I’m happy for both of them and glad to see, whaddya’ know, life can move on without this franchise. Good for everyone involved.

Because I don’t follow these people on social media, this was brought to my attention over the weekend. We know that Lesley Murphy has been spending time with Dean since Winter Games ended because they were a “couple” on the show. Their IG stories have shown them together at Venice Beach and then the Rose Bowl, and now this past weekend they were together in Laguna Beach. Also hanging out this past weekend together were Ashley I. and Kevin Wendt, the last winner of “Bachelorette” Canada. Are they in a “relationship?” Who knows what these people’s definition of a relationship is, but Ashley & Kevin definitely coupled up on “Winter Games” and have seen each other post show. How serious it is is anyone’s guess. I will have more “Winter Games” news and spoilers for you in the coming weeks. But for now, those are two “couples” to keep an eye on. In the first promo you saw last week, there are short clips of both of these couples kissing or together.

Another thing on social media that’s now a thing is the girls who got eliminated the first night of Arie’s season have all joined together and started a website called the “The Rose Girls” along with releasing weekly videos talking about, well, things girls talk about. Their experience, what they’re up to now, dating do’s & don’t’s, etc. We know this is what the show has become now and as long as they’re doing something positive about their experience, have at it. Here’s their latest video posted last night:

Ratings are in and without having to compete against college football like they did for the first two episodes, the show is back to it’s projected viewing audience. It drew 6.5 million viewers and a 1.8 rating, compared to 5.5 and a 1.4 rating last week. Nick’s episode 3 last year got 7.1 million viewers and a 2.4 rating, so yeah, still down overall but that’s trending in TV. To pick up one million viewers in the week that you finally aren’t up against college football pretty much shows the impact those games had on their audience. For episode 3 to outdraw the premiere by a million viewers is unheard of. I expect it to stay in the 6.5 range for the next few episodes and then slowly pick up towards the end of the season.

The “Bachelor” Arie – Episode 2 Recap, Andi’s New Book, When’s the Finale, & More
(EXCLUSIVE SPOILER): What is Going On?
To Top