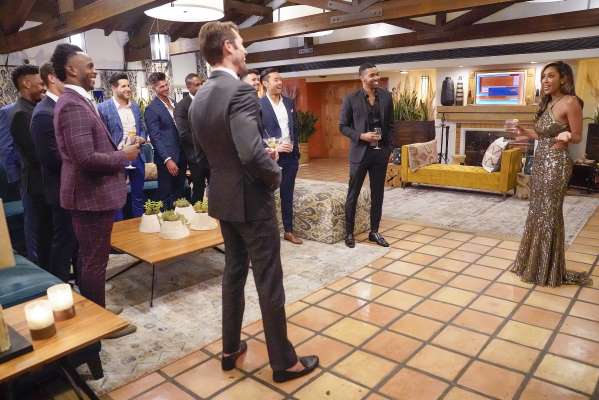 I do my best at times on this site to provide you with the most accurate information as possible. Most of the time it’s right. But there have been numerous times where I’ve been wrong. I’ve owned those times, I’ve never made excuses, and I do my best to correct them. I’m only as good as the information sources tell me. If that information is wrong, you’ve never ever, ever heard me blame my sources. It’s my site. I’m the one who is ultimately responsible for what is posted on this site or what is said on my podcast, or what is tweeted out, etc. So when we’re in a time when all of that doesn’t seem to matter to a lot of people or other sites, I’m going to speak out. I’m not saying “Hey everyone listen to me, I’m never wrong.” What I’m saying is this isn’t a gossip site. It’s a spoiler site. Does it have gossip elements to it? Yes. But that “gossip” has dwindled recently because I do not post just anything because it was told to me. Even stuff that I can’t prove because it’ll maybe out a source, as long as I’ve seen what is credible evidence, then I will post it. So while some may still look that as gossip, that gossip is still based in evidence and fact that I’ve personally checked. This issue came up yesterday because of what’s been happening with the @deuxmoi account on Instagram. This isn’t a rant just to rant. This isn’t me overreacting. This is relevant because it’s directly affecting my work and the rumors surrounding this franchise, so I’m going to talk about it. More on this on Page 2. But first, lets get to some spoilers…

Here are the spoilers for tonight’s episode, which is #6 overall, but only #2 for Tayshia.

It starts out with a group date called the Grown Ass Man Challenge. Hosted by Ashley I & Jared, the guys compete in “grown ass man” challenges like spelling, math, tug of war, breakfast in bed, etc. Bennett can’t spell limousine and is horrible at math, however he wins the “Grown Ass Man” Award. Ed is given the “Man Child” Award, and has to carry around a fake baby until I guess Tayshia tells him he doesn’t have to anymore.

At the group date after party, Chasen and Ed get into because Ed thinks Chasen isn’t there for the right reasons. Calls him a fraud, phony, an actor, and says he said the same things to Clare he’s saying to Tayshia, so it builds up their feud for what’s to come. This episode is very much the Ed/Chasen show. Ivan ends up getting the group date rose.

The Ed/Chasen feud continues at the cocktail party before the rose ceremony. Tayshia pulls Chasen aside and isn’t thrilled with how things have gone. Chasen says he might’ve been too aggressive.

So I think this might be a little confusing to people because they aren’t showing episodes normally. In a normal, non-COVID season, this would be like Tayshia’s episode #2 that would normally have group date, 1-on-1, group date. But because the first 2/3rds of the episode are of the Grown Ass Man Challenge, the after party, the cocktail party before the rose ceremony, and then the rose ceremony, we only see two dates this episode. So when you see the rose ceremony tonight, that would normally be her first rose ceremony after her first set of dates. If episodes ended with rose ceremonies, this episode would end here, and next week’s set of dates would be next episode. But that’s not what’s happening.

The next “episode” begins with a group date. The guys get oiled up and get “training” from two women in the WWE and UFC and have matches against each others. Chasen and Ed are both on this date, so before you ask why did they both get two dates this episode, it’s because the way the show being edited and episodes not ending with rose ceremonies. They are both on this date, and all guys that aren’t on this date are in the crowd watching the matches take place.

Chasen wrestles pretty much everyone and keeps winning, thus, building towards a final match with Ed. Ed says his shoulder is dislocated so he can’t fight Chasen in the finals. Noah is not on the date but in the group of guys watching and steps up and says he’ll fight Chasen. Chasen beats Noah in the finals.