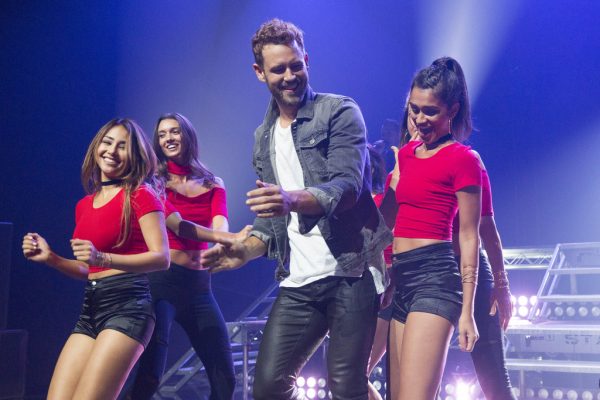 -Vanessa’s date was up next as they take a Zero G plane up into the air, float around, barf, and then kiss. I mean, to be honest there isn’t a hell of a lot to recap on this date, but I’ll sure try. A few tweets and emails to me last night how it’s so obvious it’s Vanessa after watching them, and he was crying already on the third date which was one week into filming, etc. I mean, you’re telling me something I’ve known for two months. It’s why I gave you the spoiler 4 days after they got engaged that Nick picked Vanessa. Anything that’s happened since Nov. 22nd is kinda irrelevant. I’m aware that Nick tweeted out a picture of their date last night, but that doesn’t mean anything since he tweeted out a picture of his date last week with Danielle M. And I’m sure he’ll do it next week with Danielle L. and/or Raven. So that tweet doesn’t mean much to me since he seems to be doing it for everyone. If all season long the only picture Nick tweeted out was one from his date with Vanessa? Then sure, it would say a lot. But that doesn’t look to be the case.

-Before I forget, someone emailed me this picture last night of Vanessa. She was in the audience of the season finale of “Roast Battle” on Comedy Central last season when they filmed in Montreal. This was a couple months before “Bachelor” filming began. Does it mean anything? No. But just thought I’d point it out that Vanessa was in attendance at the filming last year. 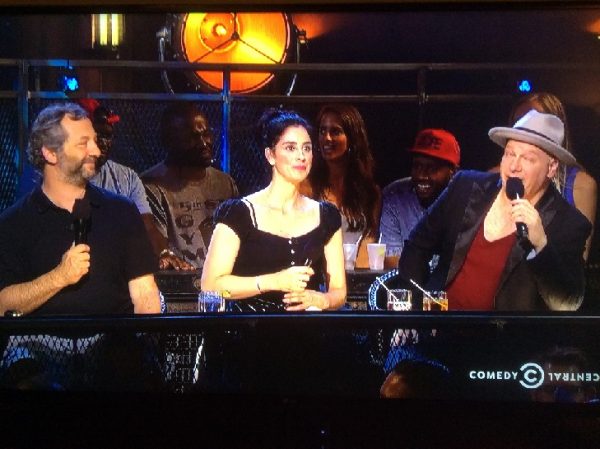 -I did find it funny that Vanessa got sick on this date and puked since I’m guessing that’s the same reaction Jen has when watching Nick on this season. I don’t blame Vanessa for getting sick. I’ve never done anything like that, but I’d probably get sick too. My stomach isn’t the greatest when it comes to an activity like that, so yeah, I’m good. I’ll sit that one out. After she blew chunks, it was clear that both of them were chewing gum and then had no problem kissing. Yeah, because Orbitz can really mask that vomit taste out of someone’s mouth. What exactly were they thinking? Ahhhh, must be true love if you’re willing to swap saliva with someone who just yanked minutes earlier. You know how some couples save mementos from their dates to be used in scrapbooks and the like? Maybe Nick and Vanessa saved each other’s pieces of chewed gum as a memory of their first date together. Aren’t you supposed to eat a piece of your wedding cake on your anniversary? Well, since these two are never getting married, maybe for the time they’re still together, every month they can whip out those two chewed pieces of gum and chew them together. It would be incredibly romantic – and probably make Vanessa boot again.

-At dinner, Vanessa basically tells Nick she doesn’t know much about him. Said she only watched a couple episodes of Andi’s season. Well damn. I guess now we know why he picked her. She’s clueless on his past! Verrrrrrry smart, Nick. Pick the girl who has no idea how many girls you’ve run through in this franchise. Man, I’m not giving Nick enough credit for how genius he is. What a brilliant move that he picked the girl so unfamiliar with him and the franchise that she has no idea what she’s about to enter into! I take back everything negative I’ve ever said about Nick. What a truly savvy, smart, and calculating man he is. Good job, Nicky. Anyway, since oblivious Vanessa only watched a couple episodes from Andi’s season, Nick gives her the short, short, edited version of his past with the franchise. Vanessa just seems to like how close he is to his mom because she’s very close to her family as well. Yes, Nick is very close to his mom. And his small village siblings. Enjoy buying gifts for 10 brothers and sisters! Or not.

-Vanessa tells a sad story about how a couple weeks before filming began that her grandfather died and she was given a red rose from the funeral. I guess that was a sign or something that he’s looking out for her on this journey. Anyone’s relative who dies sucks. I feel for her on that one. I just think the whole red rose/sign/guiding me the through the journey thing might’ve been a bit of a reach. Sounds good and fits with the storyline, but, it may have been a bit too campy even for this show. And that’s saying something. With that said, their dinner talk was pretty telling how much Nick was into her. They were one week into filming at this point and Nick is already brought to tears on the date because of how good of a time he was having and how happy he was. Has that ever happened in the history of this show? Ummmm, no. Plenty of the leads have cried, and have cried numerous times. But not a week into filming after a great date. So I’m glad it all took this date for those who doubted to see what I’ve known for 2 months now. Welcome aboard.