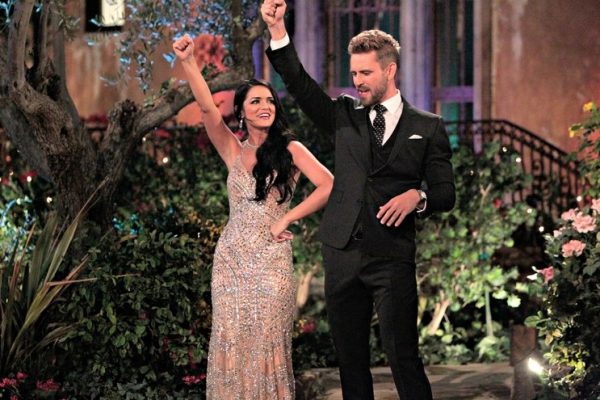 A lot of goodness came from yesterday’s column with all the dirt that was out there. From the Arkansas TV station, to Corinne’s mom the blabbermouth, to the Amanda/Wells weekend hookup…it’s like the list was never ending. However, with any good news/dirt there’s always a downside that comes with it. Unfortunately, some of the internet trolls got loose yesterday and ran rampant not just on this site, but many other social media outlets there spewing hatred towards Raven. If you missed it, good. Not worth your time. But thank you to the person who tweeted at and alerted me it had reached my site, so that came to an end really quick. Say whatever you want about me, you hate my writing, you hate my site, I’m a moron, whatever. Come after me all you want. I’ve got thick skin and can handle it and for the most part, will never see it unless I’m informed. Just don’t use my site to promote any sort of agenda or stories. Especially when the same people are saying the same exact things in other places just trolling around looking for attention. If others places want to run their stuff, so be it. It’s just not happening on mine. As I said, I appreciate who informed me because I don’t have the time to check what’s going on in my comments section. I either get told by someone, or have parameters set up to keep certain people/accounts away. But sometimes stuff slips through the cracks like yesterday, and probably will happen in the future. I try my best to monitor stuff, but sometimes it’s impossible to catch everything. But we’ll continue to do what we do on this site, and just hope the trolls find other places to spout off.

Speaking of Raven, obviously one of the big topics yesterday was the Arkansas TV station that cut away from her telling her story right at the perfect time, only to return right when she was done telling the story. Well, that particular ABC affiliate’s GM spoke yesterday, giving us lines like, “truly one of those unfortunate errors,” “not pleased,” and “pure and simple mistake.” Great. And I’ve got some land to sell you if any of you believe that. I get that if it was any sort of inside job, the station would never admit it anyway, but c’mon. We are all somewhat intelligent people here. It doesn’t take a MENSA membership to see something fishy went on at that station Monday night. So while I respect the GM of the station trying to cover his own ass, I will continue to believe that for whatever reason, and there could be numerous ones, that what happened Monday night with them cutting to commercial during Raven telling the story of catching her ex in bed with another woman, was not coincidental. Somebody knew something, let someone know, and that commercial break happened at that exact time because it was planned to, and not because of some technical error and honest mistake. Will we ever get a clear answer on this? Probably not. Which is fine. But I’m a somewhat bright guy. I can see what happened.

Yesterday I also shared with you the link from the guys who owned the farm that the group date was shot on. Well now today the Milwaukee Journal Sentinel has a whole article on all the dates that took place in Wisconsin, and how everything came together so quickly once filming had to be moved from South Carolina to Milwaukee on such short notice. Interesting read if you like behind-the-scenes stuff.

Get your “Dr. Reality Steve” emails in for tomorrow, as we’re only at 2 right now. I want 5. or 6. Or 10. Whatever. I just want more than 2. We do already have a caller that will be part of podcast #9 that I think you’ll like. Amanda from Chicago just had her fiance cancel their wedding and kill their relationship out of the blue six weeks ago, so be sure to listen for that. As for podcast #9’s guest, it is none other than the former Kacie Boguskie, now Kacie Gaston. I think you’ll all enjoy her trip down memory lane and what she thinks of the current “Bachelor” season with Nick. So look for that coming tomorrow.

Before we get to “Reader Emails,” anyone want a picture of Corinne from middle school? Here you go…

The “Bachelor” Nick Episode 4 Recap incl Corinne’s Mom Goes Off, the Arkansas Conspiracy, Raven’s Ex-Boyfriend, and Who Hooked Up This Weekend?
Podcast #9 with Kacie Gaston (formerly Kacie B.) & a “Dr. Reality Steve” Call & Emails
To Top