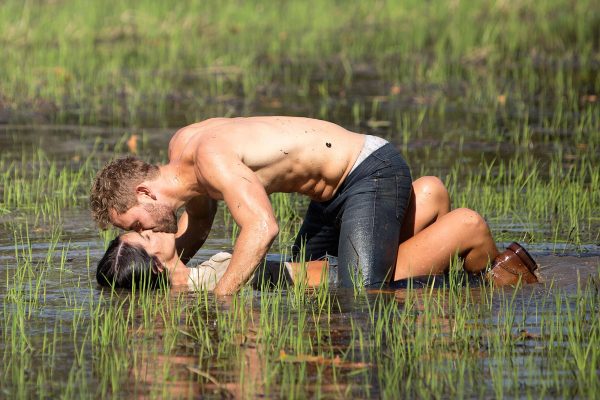 I must let you all in on a little secret now. This past weekend for whatever reason I became extremely sick. No, not a fever or anything like that. Didn’t have the flu. Or the mumps. Or strep throat. Or anything of that nature. It started back in September, but didn’t really hit its peak til it caught on around December when it was flying all around the place. And when I say flying all around the place, I’m talking about the internet. Usually something goes viral immediately after it happens, but this one took a while. I don’t know why, I don’t know how, and I’m still trying to figure out what took it so long to catch on. I’m sure you’re all familiar with Dr. Phil right? Well, if you are, I think you might know where I’m heading with this. He had an episode last September with a “troubled teen” that kinda came and went and no one said anything. That is until memes started popping up all over the place with her catchphrase appearing everywhere in December, and then he was essentially forced to do a follow up feature on her a couple weeks ago. Wasn’t nearly as good as her first go round because he kept the audience away since this dingbat essentially fed off the haters. But good lord almighty, this girl is one piece of work. If you haven’t seen it, this is a part of the segment that aired last September. At the 3:25 mark is when she became “internet famous,” but you should watch all 4 minutes to full get the appeal of this chick. I mean, WOW.

We know that Chris Harrison is this show’s mouthpiece and he has to sell a storyline as much as he can. The biggest question I’ve been asked over the last week, as well as other outlets have pondered, is “Why did they announce Rachel as the ‘Bachelorette’ so early?” Chris Harrison gave his explanation as to why when he co-hosted “LIVE with Kelly” last week. The problem with that reasoning is two-fold: 1) This has been their schedule EVERY season for the last six. So why wouldn’t previous “Bachelorettes” be announced while they were still competing? 2) Final casting weekend for Rachel’s guys already took place in January. Sure, there will be a few guys on this season who probably get cast late and don’t go through all the other interviews that some others did, but they are in the minority, like they are every season. So his explanation doesn’t fly. This show is always cast long before the lead is announced. We’ve known this, and Chris trying to pretend like this season won’t be is a flat out lie.

One scheduling quirk to keep in mind for next week. The “Women Tell All” tapes this Friday, to be shown Monday, March 6th. Since this show has seriously turned into nothing over the last few years, spoilers for that show aren’t even spoilers any more. We all know what that show will be: 3 or 4 girls get called up to the hot seat, the final 2 girls won’t be there, bloopers, and a bunch of girls who barely got any camera time during the season will be auditioning for BIP with their performance. So expect any WTA spoilers to be in next Tuesday’s column rather than over the weekend, unless something major happens. Although I can’t see how that would be unless either: A) Raven or Vanessa is brought on the show (which hasn’t happened since Ben F’s season where 1 of the final 2 was there), or B) the Vanessa/Rachel fight in Bimini is brought up. I don’t expect either to happen. UPDATE: According to ABC’s schedule, one hour next week, then on the 6th, it’ll be the remaining one hour of the overnight dates, PLUS a regular 2 hr WTA. Lovely.

Also, ABC has a show premiering next Monday night at 9/8 central called “When We Rise.” That premiere is 2 hours, which means the “Bachelor” is only 1 hour next week for overnight dates. The following Monday the 6th is back to a 2 hour show, which would be the WTA. No confirmation from ABC’s scheduling department yet, but I fully expect that hometown dates airing next week for an hour will also be a “To Be Continued,” with the rest airing on March 6th in the first hour, and WTA being only an hour long with that second hour. I’m sure ABC will make an official announcement coming up and I will keep you updated. But I can’t imagine any scenario where next week we only get a 1 hour overnight date episode and then a 2 hr WTA the following week, considering how annually bad the Tell All shows are every season. And knowing they’ve done a “To Be Continued…” every episode this season so far, I don’t see why it’d stop next week.

Josh & Amanda made news this weekend by going out to dinner in Hollywood, then kissing in public sparking rumors of a reconciliation. Not two days later, Josh made sure he got in front of a media outlet to tell everyone what was going on. My favorite part of that interview is Josh specifically saying that they’re gonna go about things in a more private matter from this point forward – even though it was blatantly obvious they made sure media took pictures of them kissing so it could get posted. I really hope these two learn from their mistakes last time. I’m guessing this is nothing more than two ex’s getting together for some ex sex after not having seen each other in two months. At least, lets all pray it is. Because when Amanda gives a quote just a month ago saying “there are some things you just can’t fix…we knew it just wasn’t going to work” and now seeing she’s jumping back in his arms making sure people know they spent time together and made out, it makes one scratch their head. Hey, their lives they can do what they want. And I’m gonna do what I want and give an opinion on it. It’d be a horrible idea to get back together. Period. Move on.

Our Nell Kalter is back with your Vanderpump Rules recap. For those asking about what’s going on with Stassi, I have no answer. Because I don’t know. Unfortunately that’s the way things work in this business sometimes. I’d love to be on her show and/or her be on mine. But I can’t force something to happen. No need to alert her to it either. We’ve exchanges pleasantries and if it happens it happens. If not, oh well.

Ratings are in from last night, and the show drew 7.8 million viewers and a 2.5 rating. Last year, Ben’s season drew 8.5 million viewers with a 2.5 rating. So things are pretty much right where they need to be this season. Next week will draw a little more (well, maybe since it’s only an hour), then the finale I expect in the high 8, low 9 million viewer range.

Chris Harrison wrote his blog for Yahoo and if he could’ve mailed it in anymore, he’d be a postman. Holy sh**. This is unreal. Remember when his recaps used to be long, and although not full of details, at least were opinionated? He gave us 4 paragraphs (one for each hometown) with nothing of note in any of them, other than Nick met Rachel’s dad off camera. Thanks for nothing Chris. Just at least pretend like you enjoy hosting this show. Humor us.

And finally, I’m curious as to which hometown to you liked the best in today’s poll question: