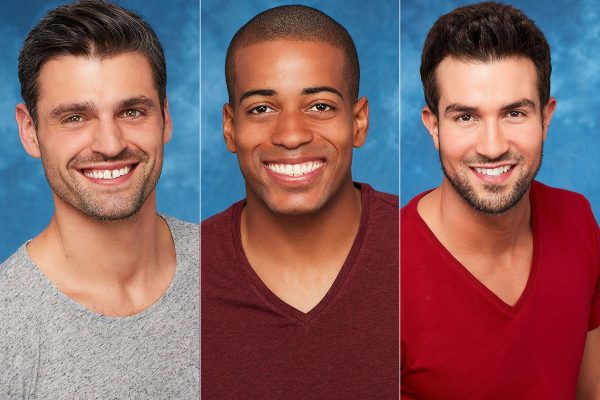 The weekend is over, I am back from Vegas after a surprisingly successful trip, and I come back to numerous emails asking me about “Men Tell All” spoilers. I will have your “Men Tell All” spoilers posted in tomorrow’s column. As you saw last night in the tease, Lee will be there to confront Kenny. Also, DeMario is there as well. There’s not a whole hell of a lot of major stuff that goes down at the MTA. The only significant thing, and I tweeted this out last night, is that Eric was not a part of the taping. Because he wasn’t eliminated last night, it made no sense for him to be there since that’d give it away. Yes, he showed up at the after party to see everybody (as evidenced by him on people’s IG stories Friday night), but he was not at the taping. I seem to get this every year of “When are you posting the MTA spoilers” and then when I do, the reaction is “Eh, not much happened.” Exactly. It never does. It’s basically a recap show since most of the stuff we see and what they talk about is stuff we as an audience have already been talking about for months. We’re just hearing it from them for the first time. So don’t expect too much since, well, there really isn’t too much there. There will be race talk though, that’s for sure.

I’m sure you’ve seen the pictures making the rounds of Amanda and Robby on all the girls IG stories and in the tabloids. I mean, I told you they were dating post show so I’m not sure why everyone is freaking out over this. She did the same exact thing with Josh last season when BIP was done filming last season. However if anyone thinks for a second that these two are ever going to be serious and get engaged, you’ve got another thing coming. Ain’t happening. It’s ridiculous on so many levels, just take it for what it is. Two people having fun post-show. Speaking of that…

Dean made the media rounds last week after his interview, and if you weren’t clear on if he’s Team Peter or Team Bryan, well, Dean made it known:

And those still holding out some sort of hope for Dean to be the next “Bachelor,” you can forget that. Hell, the guy himself is even saying he’s not ready to do it. Nor would it be the least bit believable after he goes around on BIP playing two women, then post show gets back with DLo, the one he dumps on the show. At least for a brief moment. Don’t think anything serious is happening between the two, but they obviously have seen each other and hung out.

The only interesting thing about Chris Harrison’s blog today was him confirming what we all suspected, and that’s that all 3 guys met Rachel’s dad off camera on the days they met the family. Just like Nick did on Rachel’s hometown last season. We kinda figured this was the case but thank you Chris for providing something actually noteworthy in your blog that you’ve mailed in for the last couple seasons. Today’s had to be the shortest one he’s ever written, right?

Today’s poll question: Are you buying what Bryan is selling?