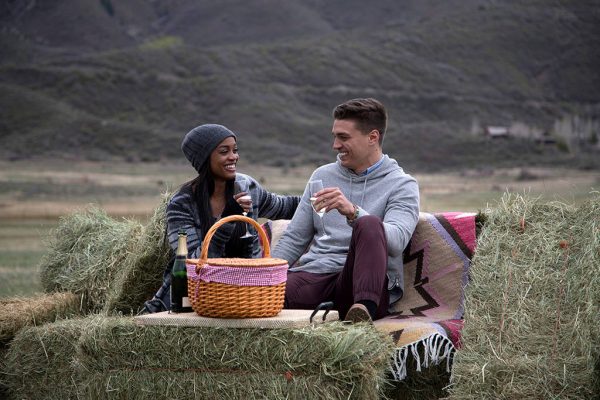 I know a lot of you are asking about podcasts guests, almost weekly, giving me a list of who you’d like to hear on and who is coming up etc. While I appreciate it, just know that I will not divulge who I’ve reached out to, who has said no, who hasn’t responded, or who has said yes then backed out for whatever reason. It’s not good business, and I don’t want anyone taking to social media to go after these people. They have their reasons. I’ve reached out to A LOT of them, and the responses have varied. I can only do so much. I’m not going to beg anyone to be on. If they want to come on, I’ll find a way to make it work and they’ll eventually be on. We’ve had some great guests up to this point and I’ve enjoyed every single one of them. Sure, there are some out there that I wish would come on but it’s out of my hands. Just know that I’m doing my best to get all the people you’ve asked me to get on. I just can’t give you an update when you ask specifically about a person, because that would compromise them and I don’t want people making comments towards them, which is inevitably what will happen. They know I want them on. They just have to give me the yes to set it up. And I don’t like jinxing anything so it’s hard for me promote anyone until I know I’ve recorded it.

I can promote this week’s podcast guest because it’s already been recorded. We have our second former lead appearing on the podcast, as Podcast #35 guest is none other than Ben Flajnik. Ben is someone I’ve always wanted on, and since we had Courtney on a while back, I thought it’d be a good time to have Ben on. This isn’t a back and forth of, “Well Courtney said this, so what’s your response” type of deal. We definitely discuss Courtney, their relationship, parts of her book, etc. I mean lets be honest, I could’ve done 2 hours just on Ben & Courtney alone, but I didn’t want to make the podcast about that. Ben definitely has his opinions on what happened between the two of them and isn’t afraid to share them. I think you’ll enjoy this interview as Ben was very upfront and honest about what he felt happened. So look for that come Thursday.

Also coming on Thursday, Episode #2 of the “He Said, She Said” podcast I do with Sharleen Joynt. We’ll have an email update from two of the callers from episode #1 then take two calls, including one from Australia! It’s a good one, you don’t want to miss it. Again, just go to this link, type in the promo code: STEVE, and you get your first month free. It’s $4.99 a month after that, or $29.99 for the year, and you have access to all of Stitcher Premium’s library of podcasts. And they’re all commercial free. It’s a really fun show to do with Sharleen because she’s very knowledgeable on this stuff and asks the right questions. There is a chance we will make this a free show in the future as part of the Reality Steve Podcast, but a lot of depends on the listeners. Give us your feedback on Twitter or email. Sharleen’s is sharleen@alltheprettypandas.com. And if you want to be a part of the next show in August, hit either of us up on email and we’ll arrange a time to do a Skype Audio call with you in the next few weeks. Sharleen wants sex questions. She even says it this episode. You know me, I’d much rather talk about love, and rainbows, and butterflys and…ok, fine. Lets get some sex questions in there for next month.

ABC made it official last week they pushed the premiere date of “Bachelor in Paradise” back 6 days, and it will now premiere Aug. 14th and have a two-night, two hour premiere. We still don’t know if there will be an “After Paradise” this season. My guess is no, since I’m guessing that would’ve been made with the premiere announcement. Nor do we know if it’s going to be 2 nights every week and how many weeks it’s going for. I guess it’s possible it could be Mon/Tues every week since it’s starting a week later than in previous seasons.

The “Men Tell All” tapes this Saturday in LA. I would think that’s when the first full promo of “Bachelor in Paradise” will air, not to mention most of the cast being in attendance. That’s what they’ve done in past seasons, so I don’t see why this would be any different. Follow along their social media accounts on Saturday night and I’m sure all of them will be posting pictures out at the after party. I guess the biggest question to come from the taping is “Will Lee be there?” I haven’t heard either way at this point, but I’m sure it won’t be long before it gets out. Plenty of media attend behind the scenes there. Peter and Bryan obviously will not be in attendance being the final two. Yes, I’m aware Peter is out in LA right now. He actually leaves today. 1) No, it’s not because he’s engaged to Rachel and meeting up with her and 2) Probably, in that he’s meeting with them to discuss “Bachelor.” Anyone who thinks it’s “fitness” related, well, that’s the lie he’s telling you it’s for. Don’t buy it.

Get your “Reader Emails” in for tomorrow along with any “Dr. Reality Steve” emails for Thursday. We’re a little low on each right now, so pretty much assured they’ll make it in this week’s column if you get them in today and tomorrow.

Since Dean was eliminated last night, they “officially” announced he will be on the “Bachelor in Paradise” cast, something all of you have known about for a while now. Anyway, if you missed it on Twitter last week, Dean was in LA with DLo at the Farmer’s market:

(POST BIP SPOILER): Not sure what this means, but Dean and DLo together yesterday at the Farmers Market in LA pic.twitter.com/ARABr6fwOT

Now, what does this all mean? I don’t really know with that guy. The impression I’m getting is he’s basically just having his cake and eating it too and isn’t serious with anyone right now. Because of course he is. More on him later.

Poll question for this week that I’m curious about. How much do you think his home life affects his dating potential?