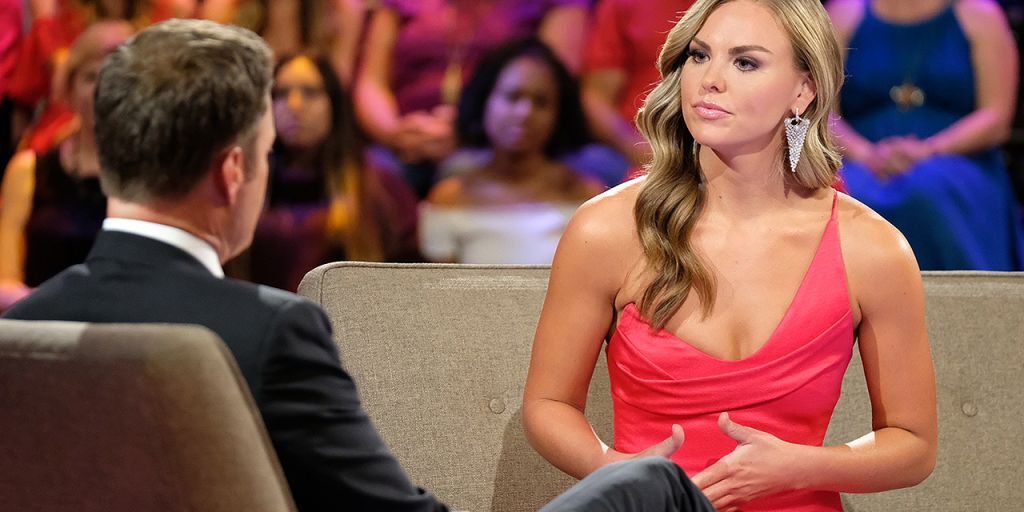 Sorry, it is in Danish, but you can book the windmill basically anytime you want… airbnb notes that it has overwhelming interest with over 500 views this past week.
Since the Bachelor(ette) is not aired in Europe, it is not surprising why it is not so booked yet.

But it probably will be soon..

After last night’s episode I’m really excited for the shit storm that is going to go down tonight. I trust that your spoilers are true, and even though I’ve always been Team Tyler, I can’t help but think how BIZARRE it was that NEITHER Jed nor Tyler asked Hannah’s dad for permission to marry her. I can’t imagine this was a scene that occurred and was just not shown (especially given it is a traditional Southern family). I remember a recent Bachelorette season (I think it was Jojo with Jordan, could be wrong) it was a huge deal that he didn’t ask permission at the initial meeting. Do you have any insight to whether or not this occurred or if any other Bachelorette final 2 didn’t ask the parent’s permission?

Thanks for all that you do! Can’t wait for Paradise!

I’d like to point out that when Nick brought up that he had sex with Andi in the fantasy suite there was this huge uproar so why is it ok for Hannah to be announcing how she had sex with Peter? Plus she is going into details about how many times. Just because she is female, doesn’t make it ok if it wasn’t ok for Nick.

Has there ever been a Bachelorette as angry as Hannah? She has been mad more times than I care to count this season.

Just an observation…oval rings are cursed!

Rings that aren’t oval have a higher success rate!

I’m sure the numbers are far less and maybe easier to think of… have you had any contestants that you never heard anything bad about?

Long time reader- thanks for all you do!

Quick question, to me it seemed obvious but do you know if or think that Hannah and Tyler had spoken before the live show? It totally seemed like they had!

Might be too late but lets give it a try

1) Please tell me Peter has a better chance than Mike for the bachelor. I get that the show should have a diverse bachelor, but choosing Mike seems like a force. I have no idea who has a better chance. But both their chances definitely went up seemingly now that Tyler is out of the picture.

2) Why would Tyler do this when he has a chance to be the bachelor instead of being someones second chance?

One of your male fans here loving the spoilers this year I hate watching this show with my female friends but you make it very interesting !! I’m just curious the shout-out during the finale from ABC towards the People’s article, like when Hannah says “there was a People’s article that dropped about Jed” , do you think if Jeds ex girlfriend had done her story with you first that ABC would’ve given you or your website the same shout-out ? Would they have even had an option not to give you the shout-out if you had done the article first ?

Keep up the hard work man

I have two questions for you:

1. How much do BIP cast members get paid? Do they get paid more the longer they last? Not everyone gets paid the same. The minimum per diem this year was $400 a day. Some people got paid a higher per diem. Some people got a flat rate to go. It’s whatever each person negotiated.

2. Does Neil Lane know who the bachelorette is going to pick? Does that affect the ring selection that he offers the final two?

Hi Steve! I was wondering if you saw all the things Tyler’s best friend was posting tonight? His Instagram is @mattjames919 and he is not trying to hide his disapproval of Hannah asking Tyler back out. He said stuff like “man she better be buying” and “hell naw” and tagging Tyler’s younger brother for support. I am surprised at how open he is in his disapproval like he didn’t know this would happen tonight. I’m sure you will address whether you think Tyler was just being polite since it was national tv, but it is incredibly odd that his best friend would post stuff like this right now. Just wondered your thoughts on it and if maybe his friends are so shocked because they didn’t expect him to actually say yes, but Tyler was just too nice. Yeah, I was sent what he posted. Definitely a curious thing to post if you’re supporting your BFF, but maybe he was joking? I don’t know. You’d have to ask him.

Also, I just wanted to say thank you for all you do. You make watching this show 10x more enjoyable! I have a bookmark for your site and another for your Twitter. I am so excited for more of your podcasts and thankful for the voice you’ve used against domestic violence of late.

And my sincerest condolences for the spam of emails you will inevitably get saying “I thought you said she told Tyler!”

Comment: Actually, it hasn’t been too bad. A few here and there, but overall, less than I expected. Maybe because I drilled it into people’s heads in everything I’ve written and said on the podcast since June 18th that it was Jed. Maybe people finally started paying more attention. Not sure, but it definitely hasn’t been a lot.
_______________________________

The “Bachelorette” Hannah – Finale Part 1 Recap, Tonight’s Doozy, & the Return of the “He Said, She Said” Podcast with Ashley Spivey
To Top