As we head down the final week, I’m seriously still trying to get as close as I can to telling you what goes down in the finale. I know what they said last night about “Peter doesn’t even know,” but I think that may be a play on words. I do not think after over 3 months I’m somehow going to get the solid confirmation I need about the finale in this last week. However, I do have a pretty good source that I believe does have the right ending. Albeit they couldn’t provide proof of it, but, it seemingly matches up with a lot of what I’ve heard this season and I believe their account of what goes down is accurate. I’m just trying to see if I can get a couple last few details. Either way, I will share that tomorrow or Thursday on the beginning of the podcast.

What I can report about the finale/ending are these things (most of which I’ve been reporting from the get go):

-It was not a normal final rose ceremony where two girls arrive, one gets dumped, the other gets picked, and he left Australia an engaged man.
-There was no engagement in Australia.
-Madison self eliminates. It’s either during the day portion of her last date with Peter (clips of which we finally saw last night), or on final rose ceremony. But she definitely leaves the show and goes home.
-When Barb is saying “don’t let her go…bring her home to us” that is the same day as when they met Madison.
-Hannah Ann is 100% not with Peter right now.

And no, not because of what happened this past weekend. I’ll get to that in a second. But yeah, one thing I’ve been pretty sure of in the last couple weeks is that as of this moment, Peter is not with Hannah Ann, nor will he be come finale night. I just don’t have anything told to me in the last 3 months that backs that up. HOWEVER, there’s still the issue of did Peter choose Hannah Ann AT the fine rose ceremony after Madison left, thinking that’s what he wanted, only to break it off post-show. We know filming took place post-show in that clip of him saying he’s so sorry and that he never expected this to happen. I’ve heard that theory. I just don’t know if it’s true or not.

But in case you didn’t see or hear, Hannah Ann spent a lot of Saturday with former UT QB Josh Dobbs, a friend of hers. She even posted on her IG story she was with him at the TN basketball game, so it’s not like she was trying to hide it. Now these are unconfirmed reports, but I kept hearing all night on Saturday that people said they were all over each other and making out. Like I said, unconfirmed reports and anyone can say that without providing any proof. Nobody ever did. Not to mention, I can’t imagine Hannah Ann would be that stupid a week before her finale to be making out with someone as recognizable as Josh Dobbs. But nonetheless, these were some of the pics that people did capture of them together. You can draw your own conclusions on if you think she is someone that’s gonna show up next Mon/Tues on the ATFR and say she’s with Peter. Certainly doesn’t seem like it, but hey, who knows? 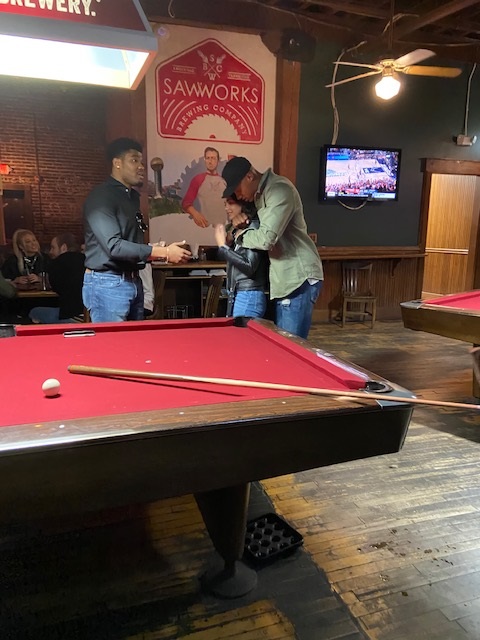 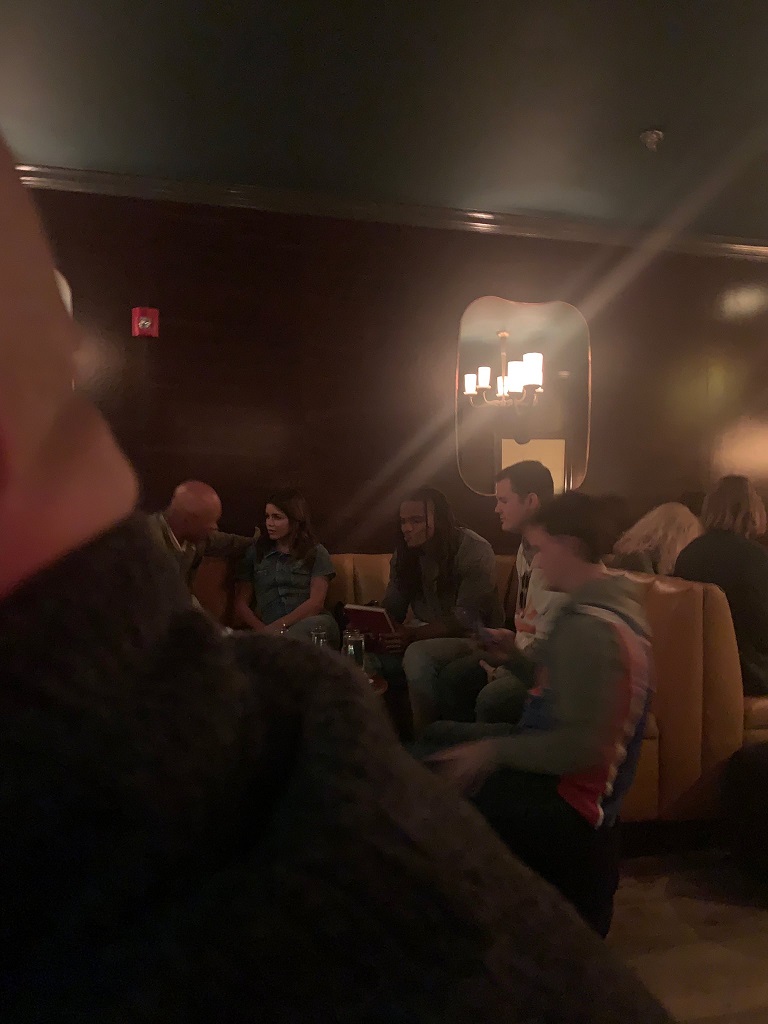 As mentioned, tomorrow or Thursday I will lay out the scenario from my source of how things play out this season, the end, and post-show. It’s NOT 100% confirmed, but it’s what I’ll run with and see if it matches up come Monday/Tuesday since you’re all wanting something.

As for the WTA, another shit show that did nothing to dispel the notion that so many of the women this season weren’t likable. They get criticized all season and then you give us THAT last night? Holy crap. Certainly didn’t help matters, that’s for sure. Hell, there was even a clip pre-show they released on ABC’s IG page that showed a back and forth between Alayah and Victoria P. in regards to their friendship pre-show that never even made it to air.. What a clusterf**k. Anyway, some other points to hit on:

-Victoria F. said on the show last night she didn’t break up any marriages. She’s lying. I will say what I’ve said for the last 3 months. I’ve spoken to the women who have directly told me she had inappropriate relationships with their then husbands while they were still married. There’s nothing more I can do at this point. If they want to come forward, they know they can. But they haven’t for 3 months, so I doubt they will. And that’s why Victoria F. can sit up there and lie because she doesn’t think they will and it’s just a he said, she said game at this point. I know the truth. I’ve seen the truth. I’ve heard the stories. Victoria F. knows damn well what she did. I stand by my reporting and what Victoria F. said doesn’t shock me in the least. She’s. Lying.

-And for Peter to dismiss Merissa’s claims in a recent interview, downplay their relationship, and back Victoria F., it’s just silly. Of course he can do that now. Has Peter spoken to the women I’ve spoken to? Of course not. So he’s just gonna take Victoria’s word for it. I’d love for Peter to have a sit down and listen to exactly what Victoria did back in the day and then see if he still wants to publicly back someone like that. I’m guessing his tone would be a little different.

-Didn’t Tammy and/or Mykenna do a whole IG post about how they were ashamed of how they acted on the show, and they apologized for how they came off? What was the point of saying if you’re gonna go right back on the WTA and do the same exact stuff? I know production wants you to ramp up the drama, but c’mon. Was that just for show? Do you really not like each other? The whole thing made your “apology” on IG seem pointless. And you know what? When they’re down in Paradise, the same exact stuff will happen. Wash, rinse, repeat.

-Peter got off so easy on his hot seat. Holy crap. I can’t remember a lead never having to answer any hard questions whatsoever in that spot. Did anyone even ask him anything relevant? “Do you wish you made better decisions” I think was the toughest question asked. And might’ve been the only one. Huh? Whaaaaa?

Get your “Reader Emails” in for tomorrow and give me a day or two to try and get any last detail I can from this season. Promise it’ll be up tmrw or Thursday. If it’s Thursday, it will be both in the beginning of the podcast AND in the column.