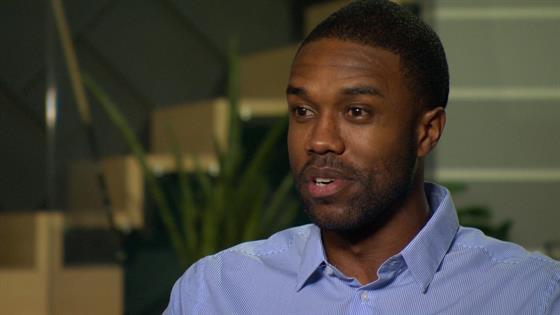 Wanted to talk about the podcast really quick. First off, the Thursday one. As you know, DeAnna is tomorrow’s guest, and she’s excellent. First lead I’ve ever had on the podcast (not for lack of trying that’s for sure) and she really holds nothing back. Has some great stories from both her “Bachelor” and “Bachelorette” seasons, with my favorite being how basically her “Bachelorette” didn’t turn out at all like she wanted to or expected to. Lays out in detail what she wanted to happen and how it didn’t. As for “He Said, She Said,” that will be released next month so if you want to be a part of the show, contact me or Sharleen and let us know what your issue is and we’ll schedule a time to record the call on Skype Audio. Just wanted to also mention that since the podcasts started, you’ve heard nothing but former contestants on the show. I will continue to do those whenever I can, but I also want to branch out and start covering other shows and people to interview. So just be ready knowing that it won’t always be contestants from this franchise. I enjoy doing them, but every once in a while, I’d like to talk to someone from a different platform.

Well, you wanted the details of what went down in Paradise? DeMario basically breaks if ALL down in his latest E! interview, that’s transcribed for you to read. He sat down with them for 2 hours and they covered everything. In the little we’ve heard from Corinne in this whole ordeal, she has said she didn’t blame DeMario. And now DeMario is saying he doesn’t even blame Corinne and almost even sounds like he feels sorry for her. It really is looking like what I originally reported by my sources that this was a minor incident with no assault or misconduct taking place that got blown completely out of proportion by two producers who never witnessed it. I’d take the time to read this interview today. It’s quite interesting and sheds light on things. I know we haven’t heard publicly from Corinne yet, but something tells me if/when she ever does speak, I don’t think she’s going to give a completely different 180 degree account of what happened. I guess we’ll see.

Speaking of Paradise, a little mini spoiler that came my way yesterday. Raven and Adam on a 1-on-1 date. Also, if you go to @midoribikinis IG story, you can see video of them walking to and participating in this date:

(BIP SPOILER): Raven on a date with Adam from Rachel's season today. pic.twitter.com/O1SaUu8cdl

Some of you were asking yesterday about Rachel’s People blog that I hadn’t put up in a couple weeks. Here’s her blog from yesterday covering Monday’s episode. Feelin’ the Bryan love?

This past Friday when I was in New York, I visited my friend Stephanie Abrams Cartin at Socialfly to do a FB live interview where we talked about Rachel’s season along with a little bit of Paradise, and also took questions. Here was that interview. You couldn’t see it, but my niece and nephew were there as well sitting in the background giggling the whole time. They think the Reality Steve thing is hilarious. That’s all Nicholas basically calls me now. Oh how the times have changed: